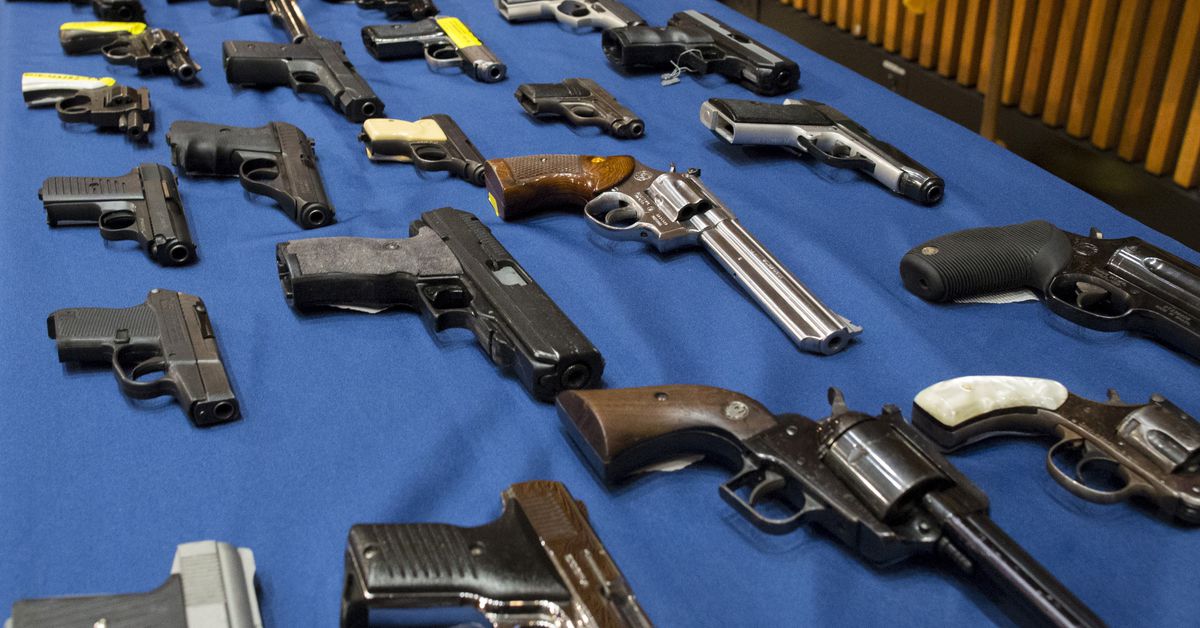 The law, passed in an emergency legislative session, was forced by a landmark US Supreme Court ruling last week that struck down New York’s restrictive gun-license laws. The court’s conservative majority ruled for the first time that the US Constitution grants an individual the right to carry weapons in public for self-defense. read more

New York’s Democratic leaders have ruled the ruling and the court, saying there will be more gun violence if there are more people carrying guns.

They conceded they must loosen the state’s century-old permit scheme to comply with the ruling, but sought to keep as many restrictions as they could in the name of public safety. Some will likely be targets for further legal challenges.

The court ruled that New York’s former license regime, which dates from 1911, gave too much discretion to officials to deny a permit.

New York Governor Kathy Hochul, a Democrat who ordered the extraordinary session in the legislature, said the state’s gun-licensing regulations had resulted in New York having the fifth-lowest rate of gun deaths of the 50 US states.

“Our state will continue to keep New Yorkers safe from harm, even despite this setback from the Supreme Court,” she told a news conference in the state capital, Albany, while lawmakers were debating the bill. “They may think they can change our lives with the stroke of a pen, but we have pens, too.”

The court’s ruling allowed that people could be banned from carrying weapons in certain “sensitive places” but warned lawmakers against applying the label too broadly.

The court also made it easier for pro-gun groups to have a regulation overturned. It ruled that a weapons regulation was likely unconstitutional if it was not similar to the sort of regulations around in the 18th century, when the US Constitution’s Second Amendment was ratified, letting states maintain militias and defining a right to “keep and bear Arms.”

Law enforcement officials and registered security guards are among those exempt from the sensitive-place restrictions.

Republican lawmakers voted against the law, set to take effect on Sept. 1, complaining that it makes the right to carry weapons lesser than other constitutional rights, such as freedom of speech and of religion.

“Now, it’s going to be easier to get a concealed-carry” license, said Mike Lawler, a Republican member of the Assembly, during the debate. “But you’re not going to be able to carry it anywhere.”

The court ruled in New York State Rifle & Pistol Association v. Bruen that New York licensing officials had too much subjective discretion over who could enjoy what it said was a constitutional right. Applicants were denied a concealed-carry permit if they could not convince an official they had “proper cause,” or some kind of special reason, for carrying a handgun for self-defense. read more

Reluctantly and not without protest, Hochul agreed the state must remove the “proper cause” requirements, although the law still requires licensing officers find the applicant is of “good moral character.” read more

The new licensing rules require applicants to meet with the licensing officer, usually a judge or a police officer, for an in-person interview, and provide the contact details of some immediate family members and any adults they live with.

The law makes it a felony to carry a gun into private business premises unless the business affirmatively gives notice that concealed weapons are welcome.