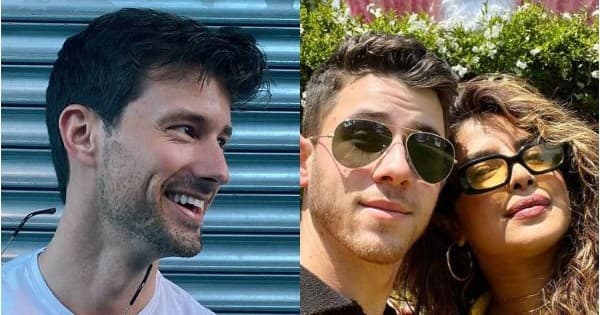 Nick Jonas and Priyanka Chopra Jonas are surely one of the most popular celebrity couples. Nick, who is an actor and a singer, will be seen in a musical movie titled Jersey Boys. It also features Jonathan Cable, Aaron De Jesus, and CJ Pawlikowski. Recently, in an interview, Pawlikowski spoke about Nick’s wife and actress Priyanka Chopra Jonas. He was all praises for her and called PeeCee ‘kind and stunning’. He also stated that Priyanka and Nick ‘make complete sense as a pair’. Also Read – Vicky Kaushal and Katrina Kaif to be parents soon? Here’s what we know

While talking in an Apple podcast titled DRAMA with Connor & Dylan MacDowell, Pawlikowski said, “She is the most lovely person I do believe I have ever met. She is so kind and so stunning. They make complete sense as a pair because they are such kind-hearted individuals and lead with respect. It was such a pleasure getting to meet Priyanka. Priyanka was there and was just as stunning as you thought her to be.” Also Read – Ajay Devgn and Rakul Preet Singh REVEAL what they would’ve been had they not been actors [Exclusive Video]

PeeCee and Nick welcomed a baby girl via surrogacy a couple of months back. They named her Malti Marie Chopra Jonas, and on Mother’s Day this year, Priyanka shared a glimpse of her daughter with her fans. Also Read – Dhaakad Trailer 2: Kangana Ranaut’s action flick looks Dhamakedar; ‘You messed with the wrong girl bro’ dialogue grabs netizens’ attention

She posted, “On this Mother’s Day we can’t help but reflect on these last few months and the rollercoaster we’ve been on, which we now know, so many people have also experienced. After 100 plus days in the NICU, our little girl is finally home. Every family’s journey is unique and requires a certain level of faith, and while ours was a challenging few months, what becomes abundantly clear, in retrospect, is how precious and perfect every moment is. We are overjoyed that our little girl is finally home, and just want to thank every Doctor, nurse and specialist at Rady Children’s La Jolla and Cedar Sinai, Los Angeles, who were there selflessly every step of the way. Our next chapter begins now, and our baby is truly a badass. Let’s get it MM! Mommy and Daddy love you. Happy Mother’s Day to all the mothers and caretakers in my life and out there. You make it look so easy. Thank you. Also.. there is no one I’d rather do this with than you. Thank you for making me a mama @nickjonas I love you Ps-thx @divya_jyoti masi for the picture and @akarikalai masi for MMs fit! ॐ नमः शिवाय”