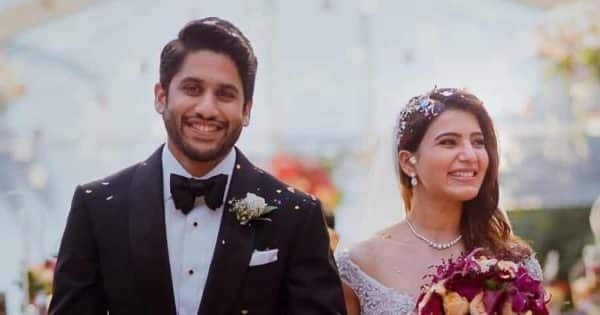 tollywood couple Naga Chaitanya and Samantha Ruth Prabhu have been one of the most loved coupled as also arguably the most polarizing one in the history of the Telugu film industry. Telugu cinema fans adored Chay Sam when they were together, and after they separated, their individual fan-bases began slinging change at each other as the couple, too, started indulging in some mud-slinging of their own. However, neither their love story nor their subsequent split and acrimony may have occurred were things to turn out as Director Gautham Vasudev Menon had intended when first casting for 2010’s Ye Maaya ChesavOnde Chay and Sam had first met and fallen in love. Also Read – Before Prabhas-Pooja Hegde’s Radhe Shyam hits OTT, here are 5 popular Telugu romantic films that you can watch on streaming platforms

Mahesh Babu and not Naga Chaitany was GVM’s first choice

While promoting his upcoming movie, The Life of Muthu, filmmaker Gautham Menon took a small detour down memory lane, where he opened a nostalgic door back to Ye Maaya Chesave. As per a report in entertainment news website Tollywood.Net, GVM revealed that it was Mahesh Babu and not Naga Chaitanya who was his first choice for Ye Maaya Chesave. According to Gautham Menon, he had initially narrated the script to Mahesh‘s sister, who didn’t seem too enthusiastic about the film, but still requested him to meet her brother for a narration, who, then also echoed his sister’s thoughts, and as they say, the rest is history. Also Read – Samantha Ruth Prabhu completes 12 years in the industry; she shares, ‘Hoping my love story with Cinema never ends’

Would Chay-Sam have still married if not for Ye Maaya Chesave?

One has to wonder though how differently things may have panned out for Samantha Ruth Prabhu and Naga Chaitanya if Mahesh Babu had taken up Gautham Vasudev Menon’s offer for Ye Maaya Chesave. Would they have met or if they had, would they have got to spend so much together and eventually fall in love? Or was their love and divorce always destined. Also Read – Samantha Ruth Prabhu developed THIS habit due to ex-husband Naga Chaitanya and follows it even today