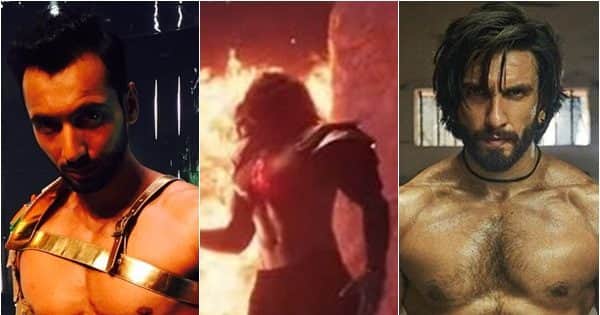 Ever since Ranbir Kapoor and Alia Bhatt starrer Brahmastra has been released in theaters, there has been a lot of curiosity among the fans who have been trying to decode the identity of Dev in the Ayan Mukerji directorial. Earlier, it was reported that Ranveer Singh had played the part, but later it was being said that choreographer Punit Pathak is the mysterious Dev in Brahmastra. Also Read – Brahmastra box office collection: Ranbir Kapoor, Alia Bhatt will end up beating THESE Salman Khan, Shah Rukh Khan, Akshay Kumar superhits in its lifetime run

Breaking his silence on the ongoing reports of him shooting for the Dev part in the film, Punit denied it saying that it is untrue. “No no no, I have not shot it. It is not true, it is not right. I am not Dev in Brahmastra,” Punit told News18. Also Read – Brahmastra box office collection day 8: Ranbir Kapoor, Alia Bhatt film sees STRONG JUMP of 15-20%; will sail past Rs 200 crore on Sunday in India

A couple of days ago, when Ayan was asked the burning question about who Dev is, the director had refrained from revealing the character’s identity amid the casting of Ranveer and Hrithik Roshan for the past. “I can’t reveal who Dev is. I have been reading a lot of names but it will be a mystery for a while,” he had said. Also Read – Alia Bhatt’s comeback film after pregnancy will be SS Rajamouli’s mega budget film opposite THIS south superstar?

However, Ayan had said that there had been several fan theories that Alia had shared with him and it really caught his attention. He said that the team is going to give a hard knock on it and make a script for Brahmastra part 2 and start producing it.

He had shared the script for Brahmastra 2 has already been locked and spent nearly two hours working on part 2 on the day of part 1 release. The director also said that he will consider the mixed reviews as a positive feedback to make Brahmastra part 2 a better version.