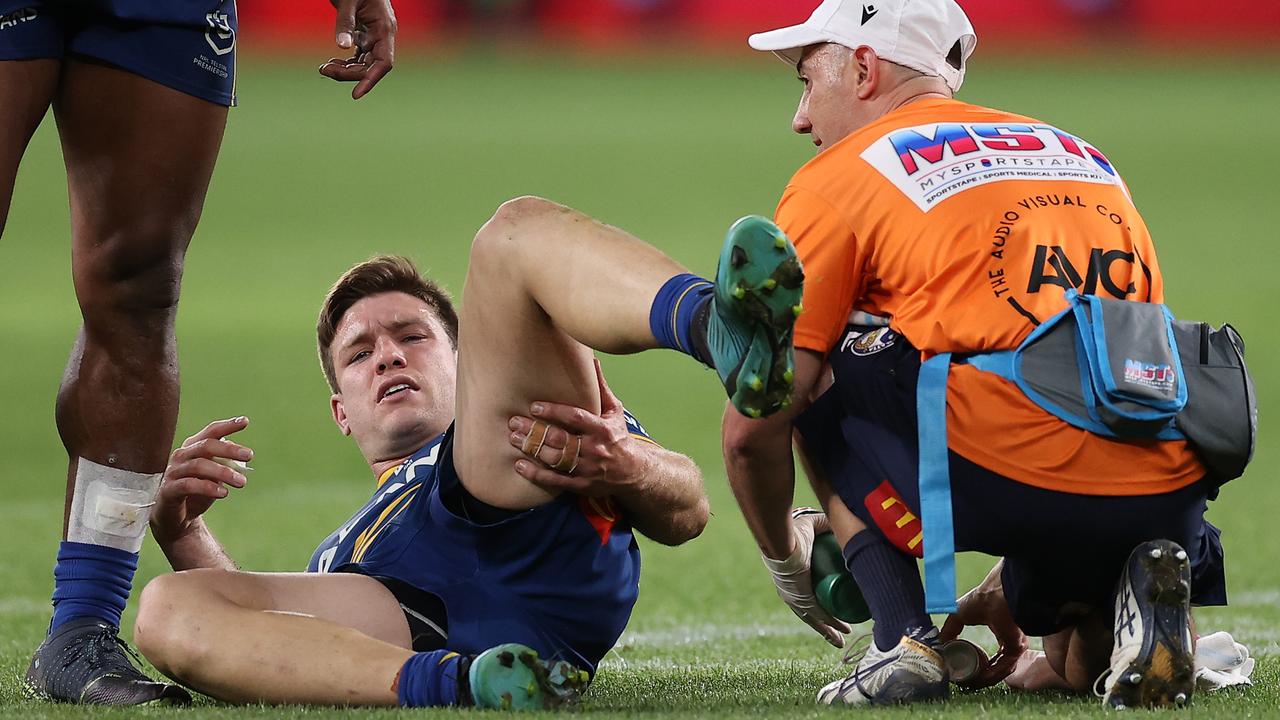 Tom Opacic’s hopes of playing in the NRL grand final will come down to Wednesday’s main training session as the Eels center races the clock to overcome a hamstring tear.

The reliable left center was a late scratching from Parramatta’s preliminary final win over the Cowboys, with Bailey Simonsson filling in for what was his first NRL start in that position.

Opacic hurt his left hamstring in the semi-final win over Canberra two weeks ago and is desperate to play one more game before he heads over to the English Super League in 2023.

“I got through a bit of running today, so hopefully it pulls up well. I’ll run again on Wednesday and hopefully I can tick a few more boxes,” he told the NCA NewsWire.

“I got up to a bit of high speed today.

“I daresay I’d have to run fully on Wednesday or by the main session on Friday. It’s all about running at high speed and under fatigue.”

Opacic got through similar tests last week but didn’t take part in Parramatta’s main training sessions before he was eventually ruled out.

“I was pretty confident I would play, but there was a risk of doing more damage and costing the team if I went out there,” he said.

“I think it was a slight tear. It was nothing major because I’ve been moving freely.

“It’s probably another battle I’ll have this week because I have to be 100 per cent right before I play, otherwise it’s not worth the risk.

“Everyone made a mutual decision that it was way too early to risk it. I ran with it on Wednesday and it felt all right, but it just wasn’t fully right.”

Players have lined up in big games with broken bones in the past, but playing with a muscle tear is fraught with danger and was exposed in last week’s AFL grand final.

Geelong’s Max Holmes ruled himself out just hours before the first bounce, while Swans big man Sam Reid played with an adductor injury but was subbed out at halftime.

“I wouldn’t want to do that to my teammates who had worked so hard to get here. If I can’t get to 100 per cent, well, that’s footy.

“I haven’t had the conversation with Brad, but I’m sure I’ll be in the 22.

While Opacic is desperate to play, he’s backing Simonsson to get the job done after watching him handle the role seamlessly against the Cowboys.

“He did a great job,” Opacic said.

“I was shaking at the end of that game.

“It would’ve been crazy to be a part of it, but it felt just as good after they got the win. As soon as they won, I immediately thought ‘I hope I’m fine to play next week’.”

Regardless of what happens to Opacic, Simonsson says he’s ready to go for the second grand final of his young career.

“I’m not too sure just yet to be honest. I haven’t had that conversation with Brad yet,” he said.

“But I will prepare like I will be playing but that’s what I do every week. I like to be ready. I’m sure I’ll have those conversations at the end of the week when it’s a little bit clearer.

“He’s had a couple of runs, he seems to be getting around all right but hamstrings can be tricky.

“He’s been good around the boys. He’s actually been really good for me too, helping me with some stuff, helping me prepare the last couple of weeks. I’m sure he’ll be the same this week if it comes to it.

“I can’t speak highly enough of Tommy. He’s been a great teammate, he’s an even better person.

“In a perfect world, I’d like to be out there with him on Sunday but that’s footy sometimes.”