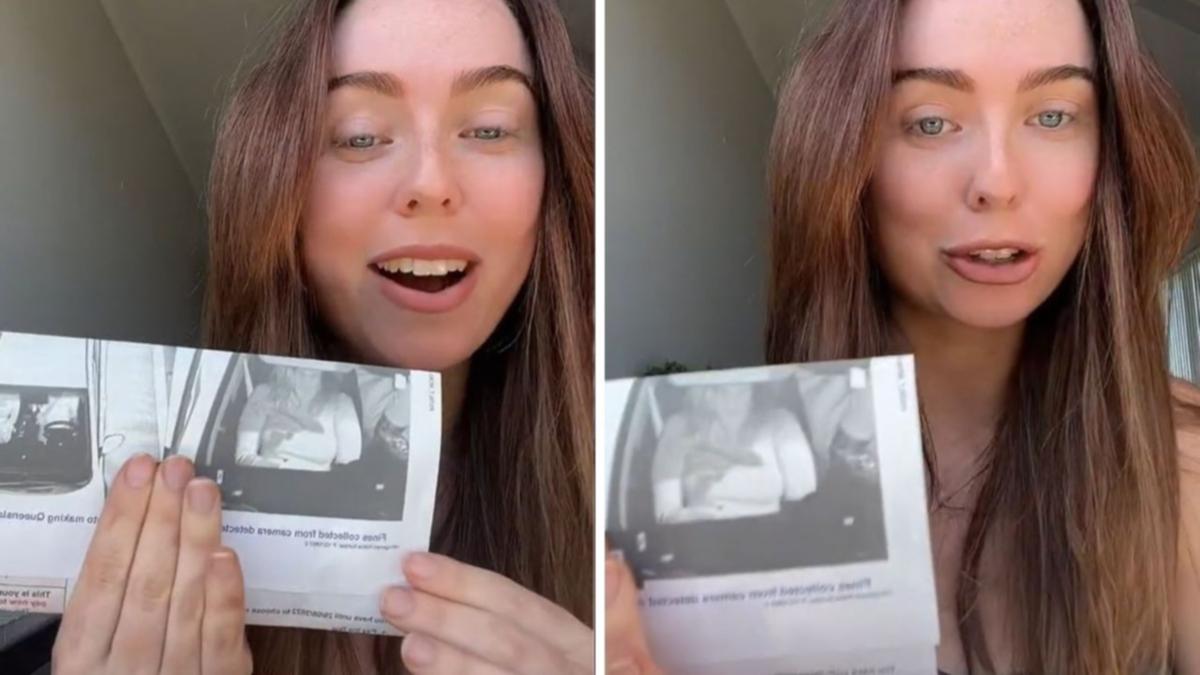 Hailey Gilliard was shocked when she received a dreaded letter from the Queensland Police Service telling her to cough up $1078.

See Hailey explain the infringement in the video player above

Not only that, she is also being slapped with a hefty four demerit points.

Her infringement would have been hard to spot.

Included in the letter was a snapshot of footage taken from one of the state’s many cameras set up to check mobile phone and seatbelt use in cars.

The somewhat blurry photo shows Gilliard – who was in the front passenger seat at the time – was wearing her seatbelt under her arms, rather than over her right shoulder.

According to a state government website, seatbelts in Queensland “must be worn with the best over your shoulder, running across your chest”.

Gilliard explained she was wearing her seatbelt incorrectly due to carsickness.

“If you’re having a bad day, at least it’s not as bad as mine,” she said on TikTok.

“I just got fined $1000 for wearing my seatbelt incorrectly, which my seatbelt was underneath my arm because I was a bit carsick and I had to lean over, and I got $1000 fine.

In a subsequent video on the platform, Gilliard used her experience as a cautionary tale.

“I was a bit of a shock, I think, because I was in the passenger seat,” she said.

“As you can see in this photo – my mugshot photo – I still have my seatbelt on, but because my arm was over it, it still was $1000 and four points.

“So be really careful on the roads. Even if you’re wearing your seatbelt, wear it properly.