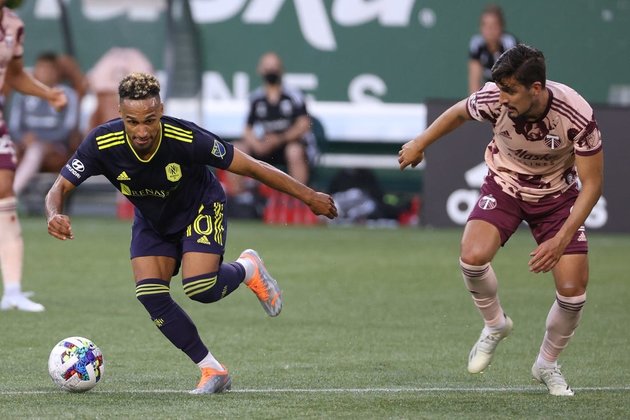 Nashville SC has hit a bit of a stall, but they will hope to begin making a strong push toward the postseason Saturday night when often-struggling Toronto FC visits Nashville.

“We created some good moments,” Nashville SC coach Gary Smith said. “Put ourselves in a good position again. But you’ve got to back that up with a consistent level of performance with and without the ball.”

Toronto (6-12-5, 23 points) has had an uneven stretch. He has been a shutout victim in three of its last four games, but scored four goals in a home win against Charlotte FC in the other game in that span.

“The mentality of the team was good,” Toronto coach Bob Bradley said. “You create some chances. We’ve got to keep going on that end.”

It will be worth monitoring Nashville SC’s workload after they played Wednesday night at Portland. Sean Davis, who had an assist in that game, has logged the most minutes of any player on the team this season. He’ll eclipse 2000 on Saturday night as he stands at 1987.

Toronto FC has played just three games since the midway mark of July.

Nashville SC’s Hany Mukhtar leads the MLS in shots (88) and shots on target (48) this season. He hasn’t scored in the past two games after a five-game MLS stretch with at least one goal (six overall goals).

“Hany’s movement in the area warrants him attention,” Smith said. “Lots of teams are doing their very utmost to suffocate what he can do.”

The nice part for Nashville SC is that forward Teal Bunbury has joined the act after returning from a knee injury. He has scored a goal in each of the last three games.

“Teal’s addition to the group feels very much like a new player,” Smith said. “He has come back with some purpose and some focus and some appetite.”

Earlier this week, Toronto loaned winger Jacob Shaffelburg, who appeared in 13 matches this season, to Nashville for the remainder of 2022.

This is the only scheduled meeting between the teams this season.