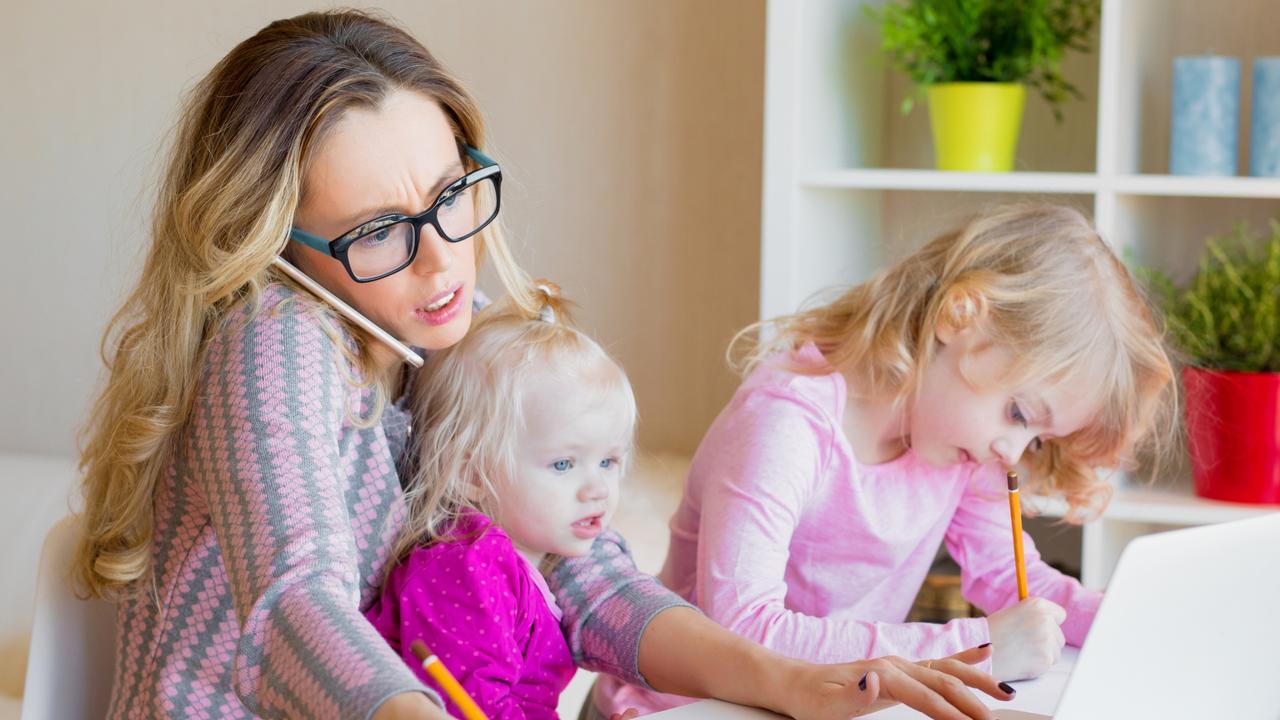 After eight years of being a single mother, it’s time to get rid of the stigma and embrace the latest census findings – we’re not alone, writes Angela Mollard.

For days my daughter had been wondering why she had an asterisk next to her name.

A curious kid who’d spotted the mark on her Year 10 roll, she’d racked her brain trying to figure out why she and a handful of other girls had been similarly branded.

She only mentioned it to me when she worked it out. “Mum,” she asked, confused, “why would they put an asterisk next to the names of all the girls with separated or divorced parents?”

I couldn’t tell her why. Five years on I still can’t. But eight years after I became a “single mum” I’m not prepared to put up with stigma, shame or asterisks any longer. Not from others and, more importantly, not from myself.

We are no longer a niche group languishing apologetically on the fringe of society while intact families make up the comfortable middle where family-friendly policies are directed and advertising portrays only dual-parent households as places where people drive cars and brush their teeth.

We are now led by a Prime Minister who was raised by a single mother and is, himself, a single parent. The outgoing host of our flagship current affairs program, Leigh Sales, is a single mother while Sarah Harris, Fifi Box, Kate Ritchie and Erin Molan are other high-profile single parents who are excellent at their jobs while still raising their children.

The same, of course, might also be said of former cricketer Michael Clarke, Home And Away star James Stewart and former AFL star Jimmy Bartel.

I can’t speak for any of them but I bristle at being branded a “single mum”. Unlike single dads who are often heralded as heroes, single mums are somehow failures even if, in the worst cases, they’ve removed their child from a deeply unhappy or abusive household.

The fact is many of us are not “single” parents because we have former partners who are still very much involved in our children’s lives. It’s only a word but language is how we make sense of the world which is why this growing demographic needs a rebranding.

Just as we no longer label someone a “Down syndrome child” but refer to a “child with Down syndrome” let’s drop the single mum descriptor and focus on the configuration not the person. “One-parent households” is not only more accurate it’s free of the connotations which have long positioned “single” as somehow less than or incomplete.

With a rebrand we can then reshape our image. Back in 1995 British Prime Minister Boris Johnson wrote in The Spectator of the “appalling proliferation of single mothers” referring to their children as “ill-raised, ignorant, aggressive and illegitimate”.

He has been much criticized for the article, particularly since he fathered a child in 2009 as the result of an affair, yet remnants of that pejorative thinking remain.

The fact is we are not feckless, forlorn creatures failing our children and destroying the fabric of modern society.

Rather we are people alert to outsiders, stigma, discrimination and stereotyping and therefore are raising our children to see beyond labels, conventions and judgment. It’s the children of families who have historically been “othered” who are pivotal to the building of an empathetic society because they know what it is to be on the outside looking in.

I know more than one single parent who refused to vote for Scott Morrison on the grounds that his election campaign video lingered on his wedding ring. I’m less bothered by such motifs than I am by fairness. Why, for instance, are spouses allowed to top up the superannuation of their non-working spouse but an alternative mechanism is not available to the long-term single?

Why is the Family Court so glacially slow meaning families are in limbo for years? Why do singles often pay a surcharge when traveling? Why is my friend able to join our local golf club for a quarter of the usual cost because her husband is a member yet I have to pay full price? Why, as friends tell me, is a single woman in the company of couples so often considered a threat yet a single man is regarded as entertainment?

Whether one-parent households come about through divorce or death, the numbers now position them squarely in the mainstream not the margins. Attitudes need to follow. Recently when I told a friend that I couldn’t chat because I was taking my daughter to my partner’s son’s house for dinner, her response was delightful. “A whole other extended family! That’s the real achievement. And I bet you are brilliant at it too.”

I don’t think I’m brilliant at it but I appreciated her enthusiasm and kindness.

If you really want to see divorce taken to the extremes the third season of The Split is as compelling as its predecessors. Nicola Walker remains best in class.

You know my aversion to designer handbags which is why I love anything that refreshes your current handbag. Juju & Co and Louenhide both do colorful and affordable bag straps which look particularly good on cross-body bags.

Boil sliced ​​ginger and bruised lemongrass stalks in water for 10 minutes and sweeten with honey if necessary. Cheaper and more fragrant than tea bags.