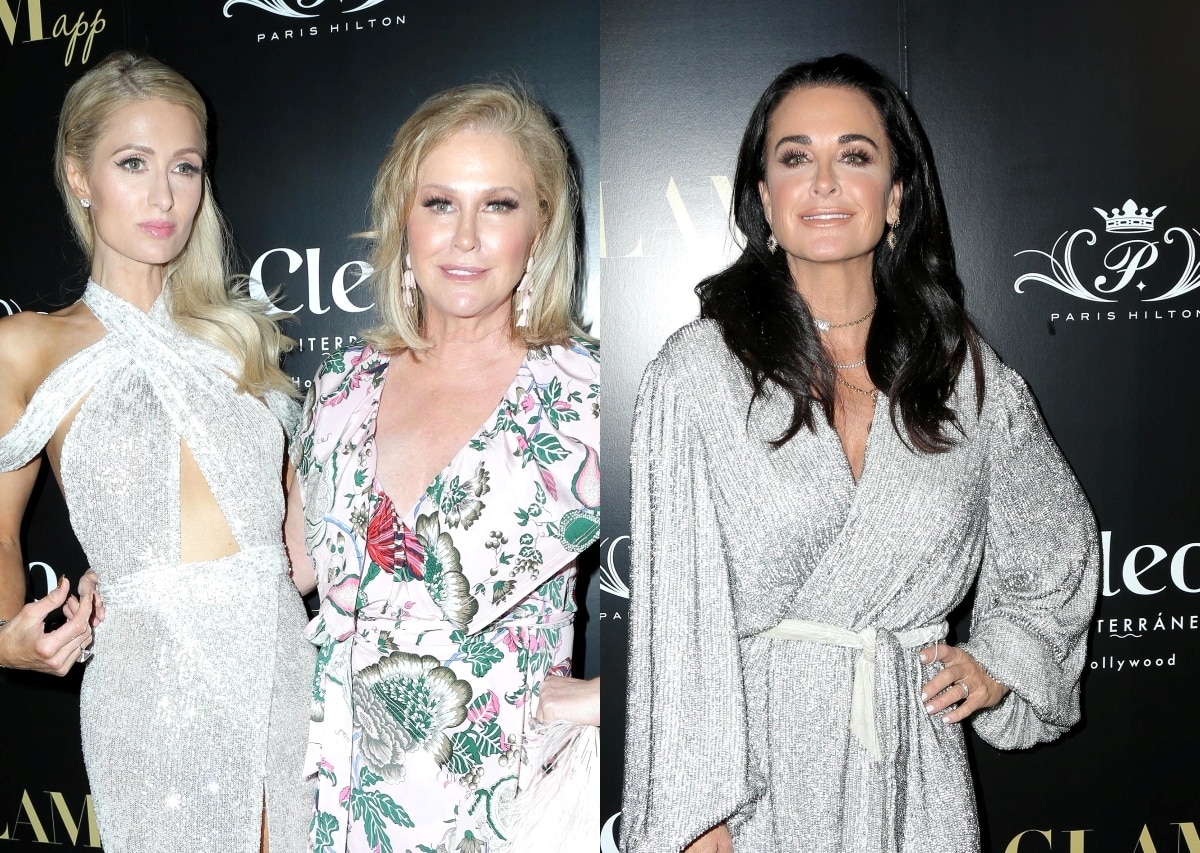 Paris Hilton has taken aim at her aunt, Kyle Richardsin a series of “liked” messages on Twitter.

as Kyle and Kathy Hilton continue to butt heads on The Real Housewives of Beverly HillsParis has been active on her social media account, making it completely clear that when it comes to her aunt’s interaction with Kathy on the show, she’s 100 percent Team Kathy.

In a post shared by Bye Wig Hello Drama on Instagram, a number of Paris’ recent tweets were seen.

“Kyle ‘IMO,’ exploits the fact that she’s Paris and Nicky’s aunt ON THE REGULAR, like it’s a personality trait, but she can’t give Paris and [Nicky Rothschild]’s mother 10 seconds of support for a product she’s promoting on that same show?” one of Paris’ “liked” Twitter messages read.

Another one of Paris’ “liked” posts threw some major shade at Kyle, suggesting she should “bow down” because if it weren’t for the fame of the Hiltons, specifically Kathy, she would have never been cast on RHOBH in the first place.

“Kyle is mad because rich screams and wealth whispers. She needs to bow down because she wouldn’t even be on this damn show if it wasn’t for Kathy Hilton. Never mind Paris and Nicky Hilton,” the tweet alleged.

A third “liked” message took aim at Kyle for shutting down Kathy’s promotion of Casa Del Sol tequila, which she bought to Aspen for their girls’ trip after investing in the company.

“We sat through Rinna Beauty, All In, Lynn Curtain CUFFS, the Agency this the Agency that, Maloof Hoof, and now Neurological drunks by Diana… Kathy can promote what she wants,” it stated. 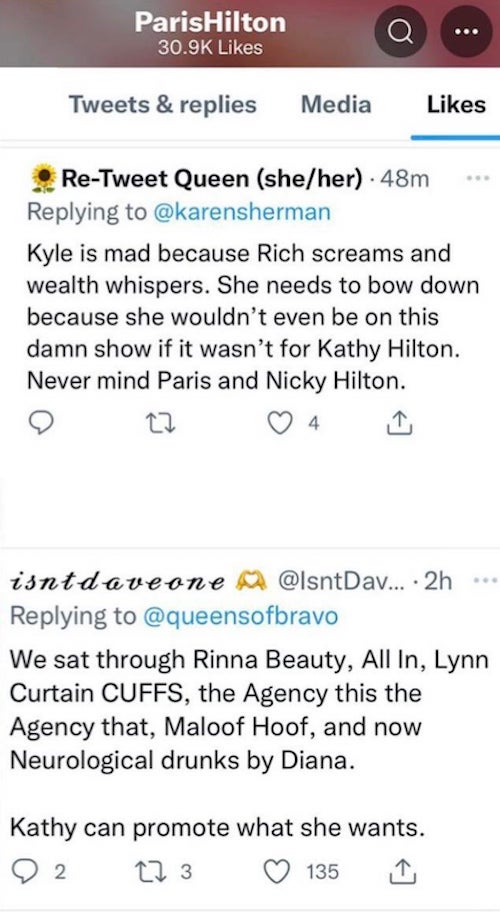 Paris began throwing shade at Kyle back in August when she reposted an RHOBH cast photo that her aunt had been cropped out of, and she proclaimed that her mother, Garcelle Beauvais, Crystal Kung-Minkoffand Sutton Strakewere her favorite women of the show.

A short time later, Paris reacted to a tweet that shaded Kyle for getting in the way of Kathy’s tequila promotion.

“She was so cute, all excited to show the ladies the tequila… and then Kyle just scoffs at her/none of them even acted slightly interested. It was sad to watch,” the person had written.

And in response, Paris agreed Kyle was “so unkind.”

At the same time, Paris liked a message from another Twitter user who slammed Kyle as a “sh-tty sister.”

“Kyle was so clearly trying to sabotage Kathy’s tequila scene. The show has served as a decade-long advertisement for The Agency, but God forbid Kathy takes a moment to promote her daughter’s business. What a sh-tty sister,” the tweet read.