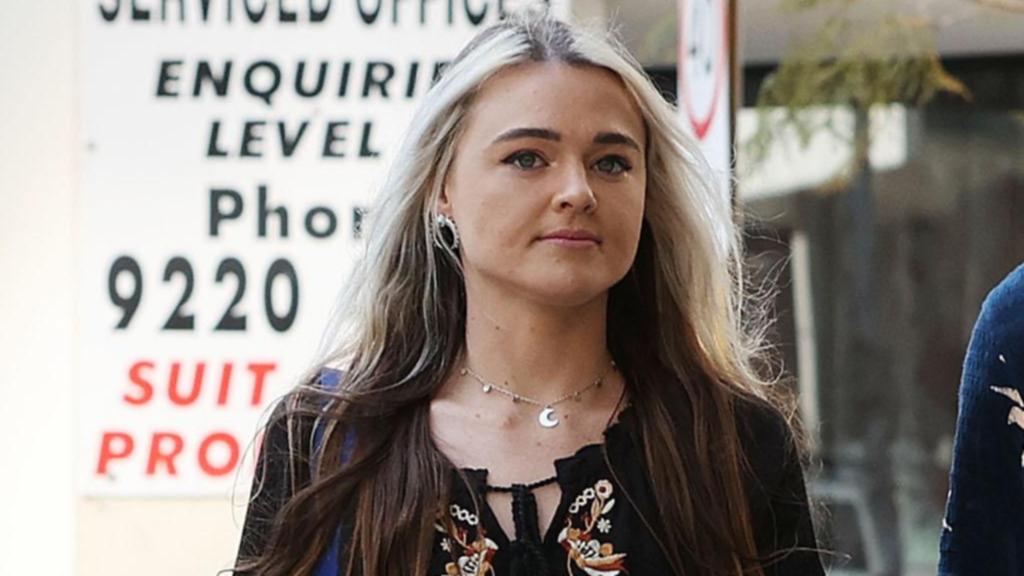 Tash Peterson, one of Perth’s most infamous vegan protesters, has foregone her usual provocative theatrics following her latest court appearance.

Peterson fronted the Perth Magistrates Court on Wednesday for her latest appearance on a string of criminal charges relating to an alleged outburst at Northbridge’s Outback Jacks steakhouse in June.

During her alleged tirade, police say Peterson screamed at diners and blared distressing sounds of farm animals — which she said were from Australian slaughterhouses — from a portable speaker.

Peterson allegedly proceeded to circle around patrons eating their meals and shouted at them: “There is blood on your hands if you’re not a vegan.”

The alleged stunt landed her two criminal charges of failing to leave a licensed venue and one count of disorderly behavior in public.

Peterson was banned from all licensed venues in WA following the alleged spectacle.

A docile Peterson made a brief court appearance on Wednesday morning on those charges. She was granted an adjournment until next month. That is in stark contrast to the topless demonstrations she pulled off following court hearings in March and April.

Peterson is currently back in Perth after recently relocating to Melbourne.

Earlier this week, Peterson returned to the scenes of one of her most viral stunts — the Perth Royal Show.

Peterson stormed the Show on Monday and allegedly locked herself to a cattle judging ring.

She said the protest was about standing up for the rights of animals who are “people just like us”.

Read the full exclusive story at The West Australian