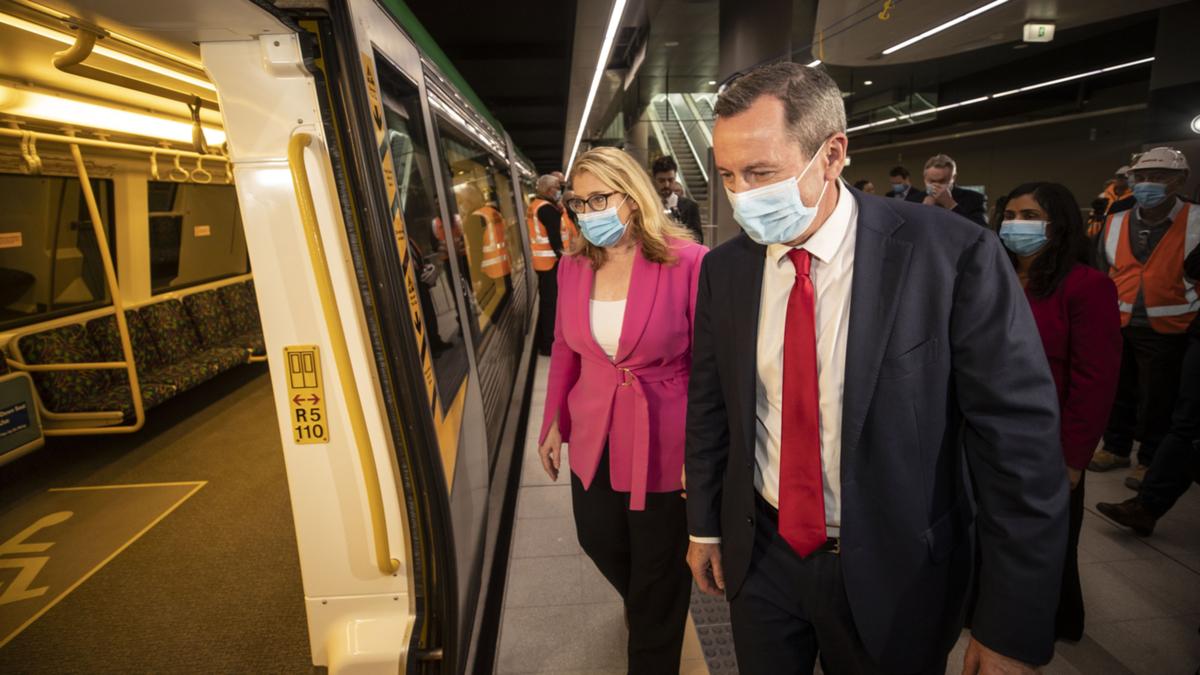 It will provide passengers with an 18-minute journey between the airport and the Perth CBD for a $5 one-way fare.

The line will service 85 percent of flights on any given day, with the first train to leave Perth just after 5am and the last to depart about midnight.

Announced by the former Barnett government in 2013, the project faced problems, including worker injuries and the flooding of a tunnel after construction began three years later.

Labor and material shortages and problems with mobile phone black spots have since led to further delays.

“It has been a challenging project,” Transport Minister Rita Saffioti told reporters.

The new airport station is located near terminals one and two. A free shuttle bus service will take passengers to the other two terminals.

Ms Saffioti said the operating cost would be about $42 million a year, but this would be offset by revenue determined by passenger numbers.

Meanwhile, a planned 18-month shutdown of the Armadale train line to facilitate works on Labor’s Metronet train network will be pushed back to begin in late 2023.

Ms Saffioti said it was necessary given workforce and supply chain issues, and to allow more time for expanded level-crossing removal works.

This would also ensure passenger disruptions were limited to one AFL season and avoid a clash with the Women’s World Cup soccer tournament next year.

The Byford rail extension and Thornlie-Cockburn link are expected to open in 2025 once the new elevated Armadale line is operating.

Premier Mark McGowan said future delays to Metronet projects could not be ruled out given the pressures associated with WA’s booming economy.

“We’ll do our best to get them done as soon as possible.”

“All it does is highlight the poor project management on works that make up 45 percent of the government’s total asset investment program,” he said.