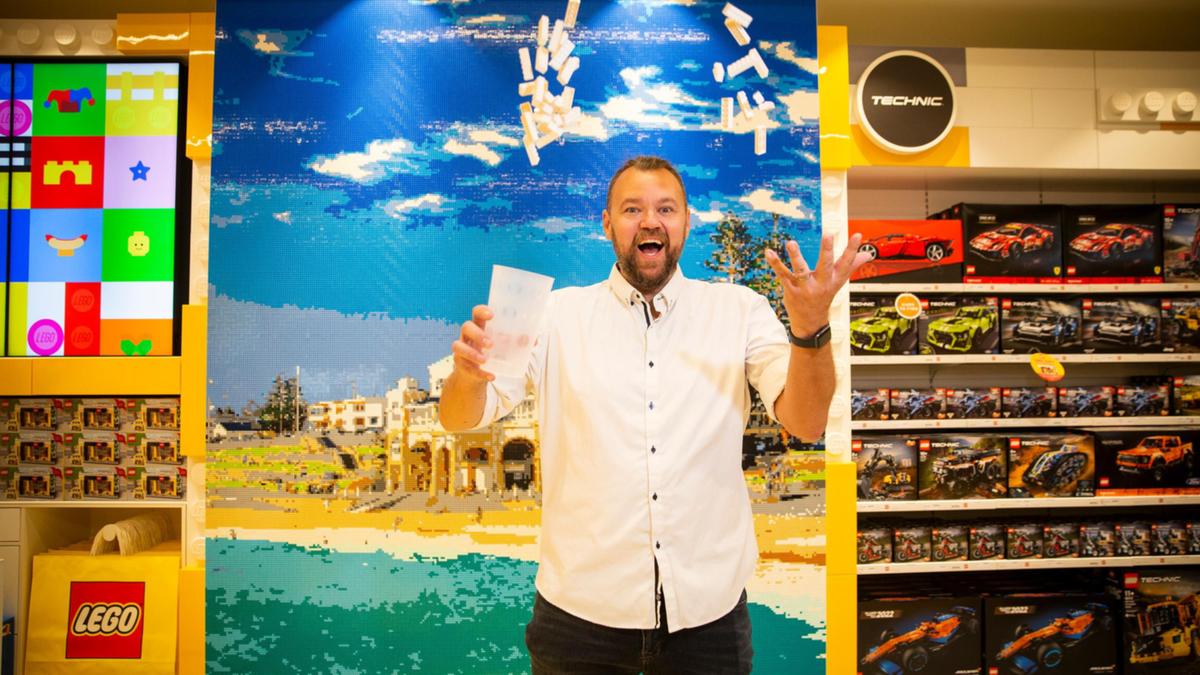 South of the river Lego fans can rejoice as Perth’s second Lego store gets ready to open its doors in Booragoon on Tuesday.

After the huge success of the Karrinyup store, Lego fans across Perth are excepted to flock to Westfield Booragoon to get a taste of the new block-building emporium.

Lego retail operations manager Stephen Poole said the new store will have plenty of interactive elements to get both kids and adults excited about Lego.

“We’ve got the demonstration table where the staff are going to be able to get a lot more hands-on with the sets, we’ve got speakers built-in so they’ll be able to chuck on a headset and actually pull the set apart to see how it’s built and how it works,” Mr Poole said.

“We’ve also got the pick a brick wall which is what all the adult fans of lego are here for so you can stack a cup full of your own bricks and take them home and pretty much build whatever your heart desires.

“Then we also have all the hard-to-find sets as well, the ones that you’ll usually only find in lego-certified stores, so these are really our biggest sellers, particularly our Hogwarts Express set which is our newest release. ”

Fans will also be able to get a glimpse of Cottesloe Beach from the new store as well, or at least a massive mosaic of it made out of 20,819 bricks created by the Lego god himself — Brickman.

“There’s a very large Lego user group demographic here in Perth. WA has three different lego user groups and most states usually only have one so there’s obviously a really high demand for lego over here which we saw with Karrinyup,” he said.

“The reaction online after people saw the front of our store here was absolutely massive, so it’s great to finally have one south of the river.”

Perth Lego Users co-creator Richie Moir said their fan group — which has over 4000 members — couldn’t be more excited for the opening.

“I live in Mandurah so I was super happy to see the new store open here because Karrinnyup was a hell of a drive for me…but we definitely did it more than once,” he laughed.

“Lego has evolved from being just a children’s toy to being 18+ in the box because they’re now also aimed at adults.

“There’s not many kids who would appreciate that, let alone sit down for that long.”

The new shop will be open from 9am and can be found next to the Apple store.