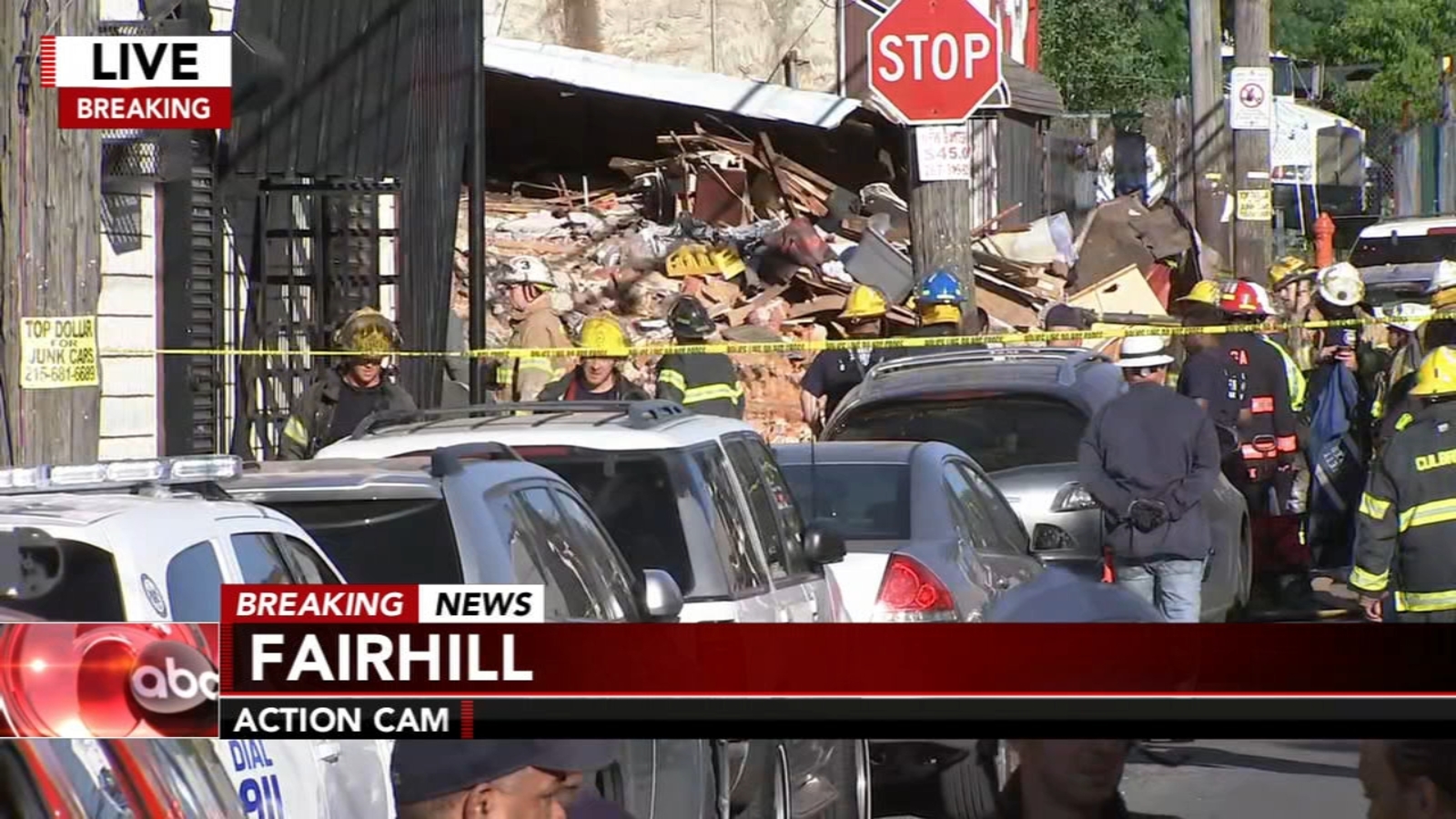 PHILADELPHIA (WPVI) — A Philadelphia firefighter has died after a building collapsed in Fairhill early Saturday morning.
Fire crews initially responded to the 300 block of West Indiana Avenue just after 2 am for a fire at the three-story restaurant and residential building.

The fire was put out and a family was able to escape the incident without any injuries.

The fire crews continued to work on the structure, just before 3:30 am, the structure collapsed while five members of the fire department and an L&I inspector were still inside.

Four firefighters and an L&I Inspector were pulled from the rubble and transported to Temple Hospital.

Unfortunately, one Philadelphia firefighter died in the collapse.

According to fire officials, that firefighter had 27 years on the force.

Update: PFD continued work to rescue 2 trapped members from the collapse at 300 W. Indiana St. 1 member was transported to the hospital. The other, a 27-year veteran, was pronounced at the scene. Our thoughts are with his friends, family, and fellow PFD along with all affected.

This is an active investigation.