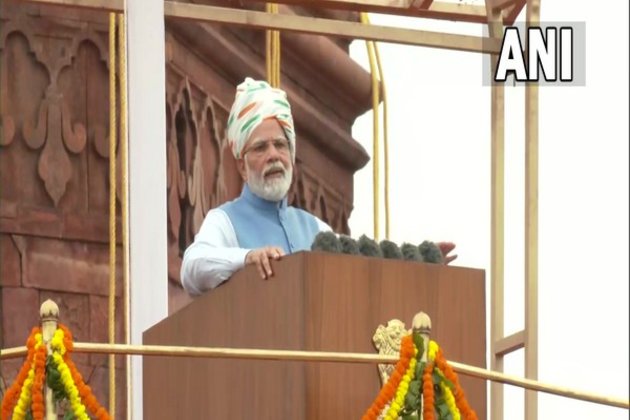 New Delhi [India]August 15 (ANI): Prime Minister Narendra Modi, while addressing the nation for the ninth time from the ramparts of the Red Fort on the occasion of 76th Independence Day, urged the people to support and promote sports and praised India’s ‘stellar’ performance in the recently concluded Commonwealth Games 2022.

“Our stellar performances at international sporting events are an example of India’s shining talent. We need to promote and support such talent,” PM Modi said.

While addressing the nation, the Prime Minister said, “When dreams are big, the hard work is equally strenuous. We need to be inspired by the determination of our freedom fighters who dreamt of a free India. I urge the youth to dedicate the next 25 years of their lives for the development of the nation. We will work towards the development of the entire humanity. That is the strength of India.”Ahead of his speech at the Red Fort, Prime Minister Narendra Modi hoisted the National Flag amid a 21-gun salute by the indigenously developed howitzer gun, ATAGS. This was followed by a shower of flower petals from helicopters. Earlier in the day, PM Modi visited Rajghat to pay his respects to Mahatma Gandhi, the Father of the Nation.

Talking about the Indian contingent in the recently concluded Commonwealth Games 2022, India finished 4th in the medal tally winning a total of 61 medals at the CWG 2022, including 22 Gold medals, 16 Silver and 23 Bronze medals.

Achieving 61 medals this time around holds a lot of significance since the shooting, which is India’s most successful discipline historically with 135 medals, was not included in the games this time. The numbers could have been way higher had it been included.

The Indian contingent also saw some first-time medals like in lawn bowls and cricket. Notably, the women’s cricket team was felt as part of the contingent. India lost to Australia by a narrow margin of nine runs in a final thriller.

India dominated contact and strength-based sports of weightlifting, wrestling and boxing. The country’s contingent won 12 medals in wrestling, its most successful sport in the 2022 edition of the multi-sport event. India captured medals in every category in which its stars wrestled. This includes six gold medals as well as Bajrang Punia, Ravi Dahiya, Deepak Punia, Sakshi Malik, Vinesh Phogat and Naveen. (ANI)