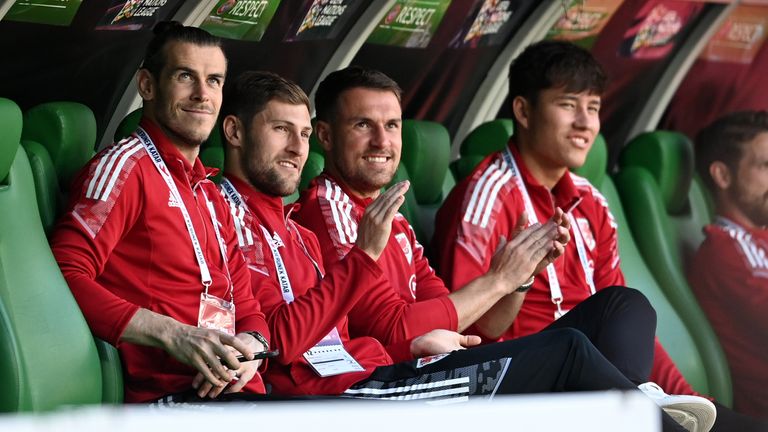 Wales will have to pick themselves up for Sunday’s crucial World Cup final play-off after kicking off their Nations League campaign with a 2-1 defeat in Poland.

Jonny Williams’ stunning second-half strike gave Wales hope of claiming a first victory over Poland in 49 years but Thomas Kaminski’s equalizer and Karol Swiderski’s winner turned the game around in the final 18 minutes.

With a career-defining showdown against Scotland or Ukraine looming, Rob Page omitted Gareth Bale, Aaron Ramsey, and Ben Davies from the matchday squad in Wroclaw and the trio watched on as a much-changed Wales produced a rousing display which just fell short.

But there were positives in defeat for Wales – namely keeping Poland dangerman Robert Lewandowski quiet for the duration – and these will have to be drawn on ahead of their return to Cardiff, where they look to secure a place at Qatar 2022, and their first World Cup finals since 1958.

“I didn’t leave anybody out because there were injury concerns,” he said. “I left the players I did out purely because we’ve got the game on Sunday.

“There was a group that trained today and I already had the substitutions planned before the game. The plan was already in place. I didn’t need to risk Aaron, Gareth, Ben, Joe, there was no benefit in that whatsoever.

“They’ve done a controlled session, what they need, to get them ready for Sunday. I made sure they were in the changing room. They’re a massive influence on that group and I wanted them in there.

“Even at half-time I wanted them to be a part of it and they were the first ones through the door at the end.”

This was Wales’ first game in the top tier of the Nations League following their promotion two years ago.

Belgium and Holland complete the group, and Page was pleased that his side had played Poland just four days before the date with World Cup destiny in Cardiff.

Poland should have taken a fourth-minute lead when Mateusz Klich’s cross found Napoli midfielder Piotr Zielinski unmarked in the Wales area, but he inexcusably felt a gilt-edged headed chance wide of the target.

Wales took full advantage of their reprieve in an open and entertaining first period, with Dylan Levitt’s rasping drive forcing a first save from Polish goalkeeper Kamil Grabara and the lively Wes Burns’ sending a deflected volley wide, either side of Robert Lewandowski forcing a save from the legs of Welsh stopper Danny Ward.

Both sides squandered chances to take the lead before the interval, with Daniel James dragging wide having done all the hard work to burst in the Poland area, before Adam Buksa came within inches of turning Tymoteusz Puchacz’s cross home on the stretch.

With an eye on Sunday, Page withdrew James and Kieffer Moore at the interval for Mark Harris and Rabbi Motondo, who nearly grabbed his first international goal within four minutes of being on the field only to see his low drive cannon off the legs of Grabara.

Wales made the breakthrough in 52 minutes when Williams’ stunning effort from the edge of the box dipped into the far corner and left goalkeeper Grabara and the Wroclaw crowd stunned, but holding onto their advantage proved too big a task for the visitors.

After Lewandowski dragged a rare shot wide, Kaminski showed his illustrious team-mate how to finish, capitalizing on hesitant Welsh defending to lash a crisp low drive into the far corner.

There was only one winner from that point as the Polish crowd roared their side to a thrilling late finale, which came when Swiderski bundled the ball towards the Welsh goal and, despite the best efforts of Chris Mepham on the goal line, found the late winner .

Matt Smith volleyed a presentable effort over in stoppage-time as Wales missed the chance to snatch a late point, but there was little time to dwell on it with Sunday’s epic play-off now firmly in focus.

What the managers said… Rob Page says he was proud of his players after a 2-1 loss to Poland and felt the experience for the young players will hold them in good stead.

Wales boss Rob Page said: “”It’s the way we wanted it. We wanted this fixture first. It gave us an opportunity to give DJ (Daniel James) a few minutes – he wanted to play – Kieffer (Moore) needed a few minutes, and Neco Williams.

“It was a productive exercise. We knew it was going to be a battle, but I couldn’t be more proud of those players. That was a strong Polish team, that was their best XI available to them.

“If you’re going to lose a game of football, lose it that way. We took the lead and I thought we deserved a point. The second goal was scrappy; it’s taken two deflections, it falls to him four yards out, of course he’s going to score.

“There are little tweaks we can make to stop him getting into that position but I thought we played some good football.

“People like Matty Smith, who is not playing football week-in, week-out, gave a performance like that and I could go through them all. Dylan Levitt, Joe Morrell, Wes Burns, that was his debut, I thought he was outstanding.

“It was great for Joniesta (Jonny Williams) to get his goal as well, there were lots of positives.”

On being so close to Wales’ first World Cup for 64 years, Page said: “We will start the work straight away. We’ll be in the meeting room (on Thursday), going through it and formulating a plan to go and make history.”

Poland boss Czeslaw Michniewicz said: “The formation of the opponent was different. They had defenders on both sides of the pitch and played quite quickly.

“The Welsh players kept the ball for a long time so we had to change our shape. Three points will not be enough (in this group). The last match will be with Wales again and they will play with their optimal team.”

Wales host Scotland or Ukraine in their World Cup Qualifying play-off final on Sunday at 5pm – live on Sky Sports.

The resumption of the Nations League sees Wales host the Netherlands and Poland travel to Belgium on Wednesday at 7.45pm.