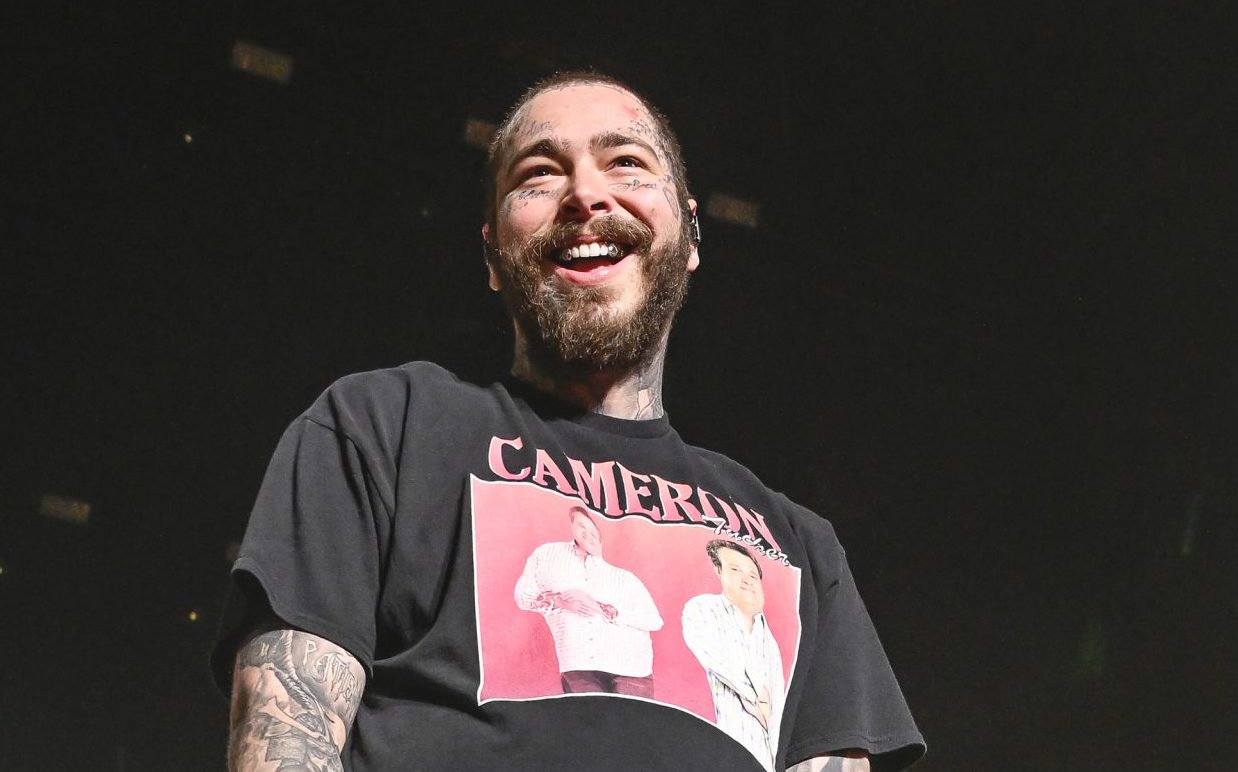 “We fall down, but we get up!” Post Malone took a nasty tumble onstage Saturday night while performing at Enterprise Center in St. Louis during his Twelve Carat Tour.

The Grammy Award-nominated artist broke his silence and thanked his fans in a nearly 2-minute video on Twitter.

“I just want to apologize to everyone in St. Louis, and I want to say thank you guys so much for coming to the show. And next time I’m around this way, we’re gonna do a two-hour show for you so we can make up for the couple of missed songs that we missed. Thank you guys for your support and thank you for your love. And thanks for hanging around even though I got my a—kicked by myself,” he said.

His manager Dre London also spoke out and shut down rumors that Post broke his ribs as rumors started to surface online.

Last night Post Malone fell on stage, broke three ribs in the process, took a lil break, came back out to address the crowd, chugged a beer, and then finished the show. That’s a mothafuckin rockstar. ⭐️✨

Dre shared their picture on Instagram with the caption, “Thank you, everyone, for all your well wishes! @postmalone didn’t break three ribs last nite, thank God. We did X-rays @ the hospital after the show & they declared he hadd his ribs! In true Posty fashion loving his fans, he finished the show! I truly don’t know any artist like him.” He added, “Talking to him a few hrs ago, and he was still saying Dre don’t go hard on em’ explaining more than saying “the show must go on! Let’s all keep him in our thoughts as we know he will wake up in pain.”