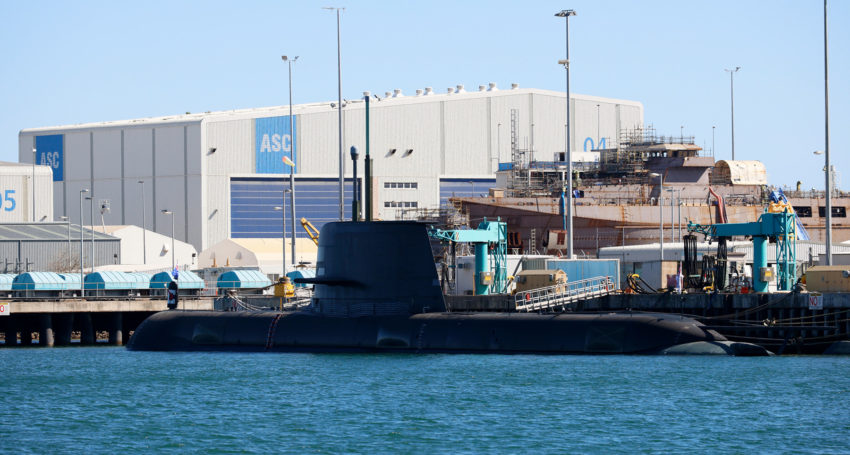 Malinauskas said he held talks with federal defense minister Richard Marles on Sunday about the future of Australia’s naval shipbuilding program under the AUKUS program.

Eight nuclear-powered submarines are slated to be manufactured at Adelaide’s Osborne Shipyards under the trilateral alliance, although the type of submarine is not set to be announced until March 2023.

The comments come after the Wall Street Journal reported last week that the Biden Administration was exploring expediting Australia’s acquisition of nuclear submarines by building the first few boats in the United States.

Malinauskas acknowledged the federal government was “seeking to address a capability gap … as quickly as possible” but South Australia would remain the long-term hub for AUKUS shipbuilding.

“It is my firm view, it’s the state government’s firm view, that anything that government does to address that can’t be at the expense of building nuclear submarines in Adelaide as soon as possible,” Malinauskas said.

“I think we all accept and know that we can’t simply click our fingers and produce the highly skilled and elite workforce with the knowledge and the know how to build nuclear submarines overnight.

“That’s going to take time to build up and we will have to work with an international partner to do that.

“That work has actually already started but that work will be more highly engineered and developed with either the US or the UK depending on what occurs out of recommendations from the taskforce.”

Vice Admiral Jonathan Mead is currently leading the Nuclear Powered Submarine Task Force which is due to report back to the federal government and advise on the optimal pathway to acquiring the new nuclear-powered submarine fleet.

Malinauskas said he had been assured by Marles that the “taskforce is committed to providing recommendations to the government that would see nuclear submarines being built in Adelaide as quickly as possible”.