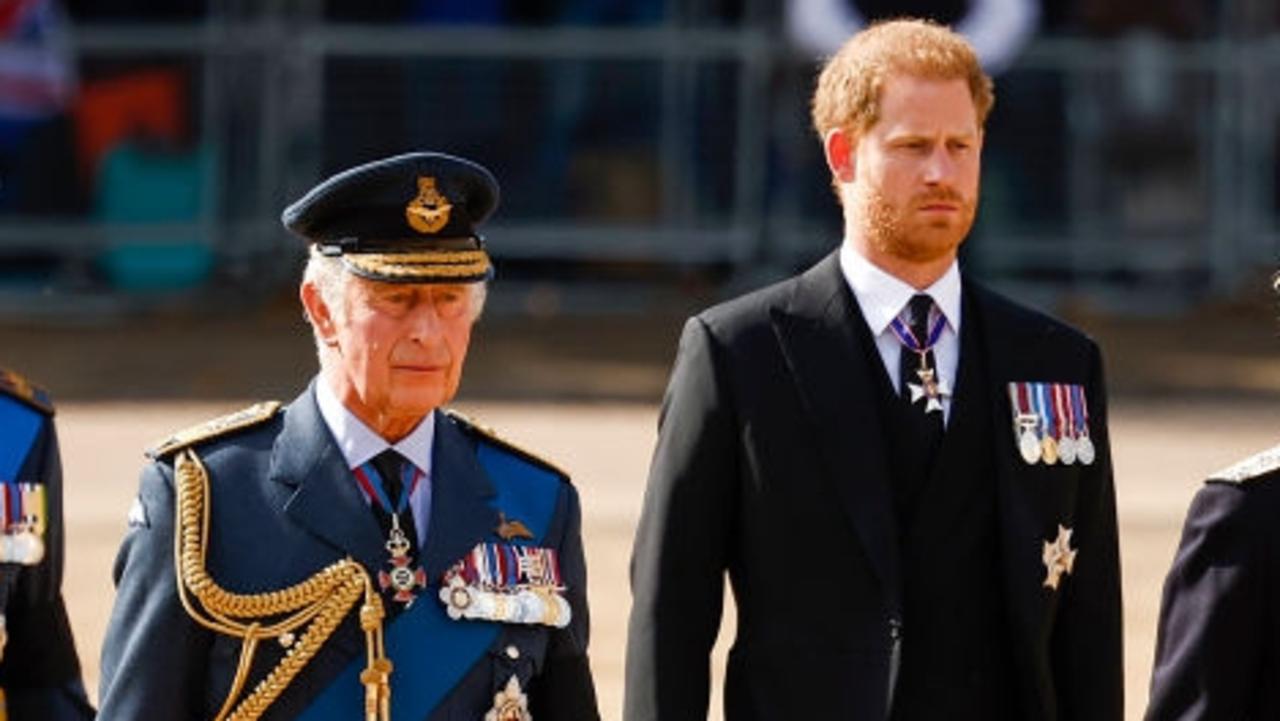 If you want to understand everything that is wrong with the modern royal family, look no further than the pictures of Her Majesty’s coffin procession that marked her final journey through the streets of London.

It was a deeply sombre moment as the Queen wended her way through the streets of the capital towards Westminster Abbey, the same place she married her “strength and stay” Prince Philp in 1947 and where she swore the coronation oath in 1953. (Her Majesty’s coffin is currently lying in state in Westminster Hall, with the British government predicting that more than 400,000 people will file past to pay their respects.)

But no matter the emotion, watching Prince Andrew and Prince Harry take part dressed in morning suits while in the midst of a sea of ​​military uniforms, never have Buckingham Palace’s failings been put more bluntly on display.

Of course, totally different circumstances led these men to this moment, one committed accidental prime time hara-kiri and the other threw in the towel, but they both represent how badly The Firm managed to cock-up two crises that were years in the making .

And yet despite all this, despite the two dukes no longer being allowed to their regimental colors during State events, they both still hold some of the most powerfully symbolic roles in the land.

But, for how much longer?

The question is, will Charles let his defrocked brother and son remain as Counselors of State?

The role of Counselor of State dates back to 1937 when, hot off the back of the abdication crisis and Edward VIII’s hightailing it off to France with Wallis Simpson, George VI, the new king, updated the Regency Act. Under the rules he set out, counselors can carry out many of the duties of the sovereign if they are unwell or overseas, and the membership is set down in law, constituting the king or queen’s spouse and the next four people in the line of succession who are 21-years or older.

That means that currently the members are the Queen Consort, Prince William, Harry, Andrew and Princess Beatrice.

I know; it doesn’t make any sense. That the redoubtable Princess Anne, fails to make the cut but that Beatrice is, a person whose greatest contribution to modern life is her enthusiastic endorsement of the padded headband, perfectly encapsulates this ridiculous – and increasingly untenable – state of affairs

For the new king, this situation represents something of a litmus test – will he step in and sort out this quick sticks or let this nonsensical status quo remain?

Based on the events of recent days, Charles is shaping up to be something of a regal new.

In no particular order, we have had him making William and Kate the Prince and Princess of Wales within a day of Her Majesty’s passing, an elevation that no one had predicted would happen with such velocity.

Then came the far grimmer news that up to a 100 staff at his London home, Clarence House face being made redundant ahead of his move to Monarchy HQ AKA Buckingham Palace details.

As the week went on, the question of titles for Harry and his wife Meghan, Duchess of Sussex’s children, Archie, 3, and Lilibet, 1, reared its head with the royal website’s line of succession being updated and including the new Wales sobriets but mysteriously still listing the Californian tots as Master and Miss.

On Thursday, the Sun reported that the kids would become a prince and princess, as the 1917 Letters Patent sets out, but that grandpa Charles will not allow them to assume HRH status. (As part of the Sussexes’ Megxit deal, they agreed to longer use their HRH styling.)

Lastly, on Friday the mirror revealed that Harry, despite being barred from wearing his uniform at the funeral (as is set down by the Uniform Act of 1894), will in fact wear his military get-up over the weekend when all eight of the Queen’s grandchildren – William and Harry , Peter Phillips, Zara Tindall, Princesses Beatrice and Eugenie, Lady Louise Windsor and James, Viscount Severn – will mount a vigil inside Westminster Hall on Saturday night (UK time).

A royal source told the Telegraph that: “Common sense has prevailed. It was a ludicrous situation, given the Duke of Sussex has served his country and is a highly respected member of the Armed Forces with everything he has done for veterans.”

Add all of these changes and decisions up- axes falling, staff let go and promotions being handed out – and we have a surprisingly decisive king willing to make tough calls and who seems more than willing to clean house.

In this climate, what could the implications be for Harry and Andrew?

Yes, it would take an act of Parliament to change the Regency Act to rejig who is and who is not a Counselor but it’s impossible to see Westminster blinking if the monarch asked them to act.

There is also precedent here. After the death of George VI, the Queen Mother lost her position as a Counsellor, however the new Queen stepped in and got Parliament to amend the Act in 1953.

“It was quite easily approved through parliament, it’s a straightforward piece of legislation. In principle, merely adding Counsellors of State is not a huge problem, but the legislative process can be unpredictable,” Dr Craig Prescott, an academic specializing in Parliament and the monarchy has told the daily mail.

“The legislation right now is not ideal. It would make sense to have Prince Edward and Princess Anne acting as Counselors of the State.”

Moreover, as Charles seeks to establish his reign, the symbolism of letting the royal family’s most universally despised (Andrew) and polarizing (Harry) figures remain in any sort of official capacity is hardly a great look.

There is also the fact that, as the Prince of Wales, the 73-year-old demonstrated time and again he is driven by deep-seated principles and strongly-held beliefs, his habit for dashing off letters to ministers over everything from the power of homoeopathy to the plight of the infamous Patagonian toothfish. Which is to say, his days of badgering Westmister with his scrawled thoughts of him are now long over but he seems to be a man willing to do what he thinks is right.

Revising the Counselor of State list (sorry Bea, that means you could be on the chopping block too) would not only be a clever PR move but would probably prove very popular to boot. It would establish Charles as something of a new broom sovereign who is seeking to draw a definitive line under one the most scandal-filled chapters in Palace history.

On Monday, the world will farewell Her Majesty, but come Tuesday? The reign of King Charles III really starts and who knows when

Daniela Elser is a writer and a royal expert with more than 15 years’ experience working with a number of Australia’s leading media titles.