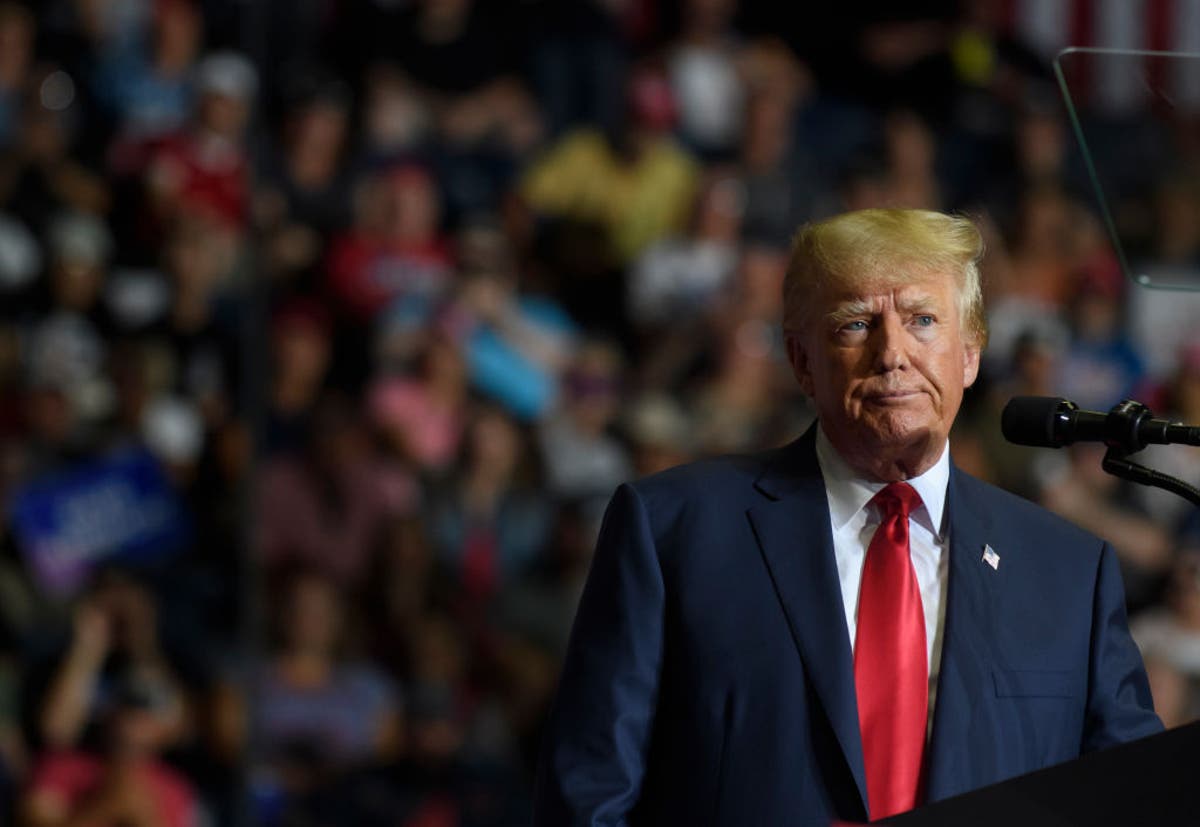 A man was walked out of Donald Trump’s rally in Youngstown, Ohio on Saturday after unfurling a banner which blamed the former president for the closure of a major manufacturing center.

Chucky Dennison was escorted out of the event just seconds after unfurling the banner, a makeshift picket sign written on a pillowcase for portability.

Mr Dennison was seen on video being walked out by a security guard as Mr Trump continued to address the crowd – it wasn’t clear if the president or others beyond those in Mr Dennison’s vicinity had seen the banner.

He told The Independent in an interview before the event that a personal connection drove him to the rally on Saturday.

Now retired due to a medical condition, Mr Dennison worked at the Lordstown plant that was previously home to General Motors’ (GM) until its shuttering in 2019. A massive industrial complex that employed thousands of locals with well-paying union jobs, the unallocation of Lordstown in 2019 devastated the northeastern Ohio region where it was an integral part of the state economy for decades.

Others at the rally were similarly incensed by the plant’s closure, which led to the end of a massive yet constant infusion of capital into the local economy.

“Those people had home loans. They had IRAs,” Mr Dennison said.

Mr Trump’s rally attracted several thousand to the border of Pennsylvania, but he’s far from the first nationally-recognized figure to make the pilgrimage.

Throughout the 2008 presidential election season the plant itself was visited by three of the most prominent contenders for the White House – John McCain, Hillary Clinton, and the eventual winner Barack Obama.