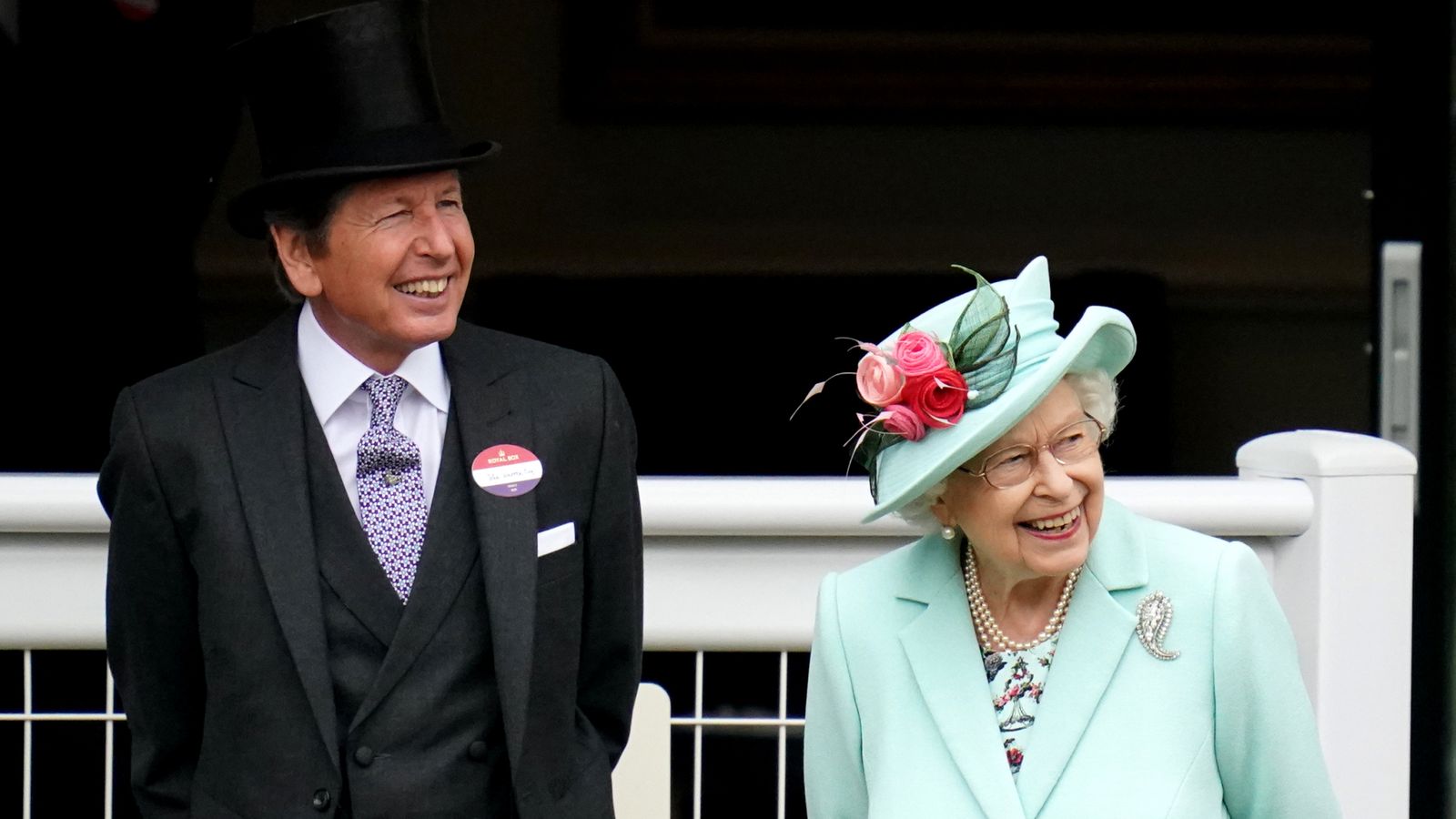 The Queen was in “tremendous form” just a few days before she died and discussing “her love for her horses right to the very end”, according to her trusted bloodstock and racing adviser.

John Warren features in one of the most repeated TV clips of the last week, when The Queen clapped her hands and beamed as her horse Estimate claimed victory in Royal Ascot’s Gold Cup in 2013 – the first time in the race’s 207-year history that it had been won by a reigning monarch.

Warren said he spent the weekend before The Queen died in Scotland, discussing her horses, as they had done so many times before.

“We sat there for hours over the weekend strategizing and making plans going forward,” he told the PA news agency. “And I think the nicest thing for me is to know that she was surrounded by her family members.

“She was in such a healthy state of mind and in tremendous form. It’s very important to know that she was absolutely, wonderfully switched on.”

Warren said The Queen had seen a lot of the King and Queen Consort, who were also in Scotland, and was enjoying having different groups of family staying at Balmoral.

“She really loved having them right there with her and being able to talk about her horses and her love for her horses right to the very end,” he said. “I left her on Monday afternoon, the prime ministers were coming in on the Tuesday, she had a winner on the Tuesday.

“On the Tuesday evening she was in really good form, delighted she had had a winner, and talked about the prime ministers coming in and out, and I can hardly believe it possible that within less than 48 hours The Queen had died.”

He said: “Shocking as that was, it is wonderful to know that she led a long and full life, and dutiful to the very end. Perhaps the racing community contributed to giving her some pleasure along the way.”

Warren recalled that day at Ascot in 2013, saying her display of emotion was the culmination of a seven-year journey with Estimate, from before her birth.

“She had a really huge tear in her eye, in both her eyes. I could see she was brimming with emotion, which was a wonderful thing.”

Warren said: “I think it was everything that she’d put into breeding horses and racing horses – an ambition which is no different to any parent wanting their child to win at the Olympics. This felt the same elation as that.”

Warren recalled how The Queen “practically galloped” from the Royal Box to the unsaddling enclosure, despite being in her 80s, “carried” by the Ascot crowd.

“And in typical style of a horsewoman, although everyone was giving The Queen their congratulations, The Queen was absolutely steadfast to get to Estimate herself and give her a wonderful and well deserved pat,” he said. “That was a hugely touching thing to witness, The Queen just focusing purely on this creature that she had delivered for her. That was remarkable.”

Warren said Estimate’s victory was one of the real highlights of The Queen’s long association with racing, along with her victory with Highclere, in the Prix de Diane, at Chantilly, in 1974.

He said: “The Queen has definitely been excited and emotionally charged about having some other winner – at Ascot, where the eyes are on – but I think this one was that was so satisfying because it is such an iconic race.”

But he said her interest in racing was as much about planning the journey of a horse over the years as it was winning big races.

“What I found totally remarkable about The Queen was her ability to get so much pleasure out of any horse, no matter what level that horse was able to achieve,” he said. “If we had done our best, if we were able to get the equivalent of a D student a C grade with best endeavor, that itself was tremendous.”

He said: “The horse had the last word and that’s what was fascinating for The Queen.”

Warren said she knew everybody in the racing industry, not only trainers, owners, stable staff and jockeys but also their families.

He said: “We’re all such fanatics and The Queen was in the club. With a wonderful foal being born in a morning, she would get news of that and it would enable her to have a bit of a spring in her step amongst all the things she had to do.”