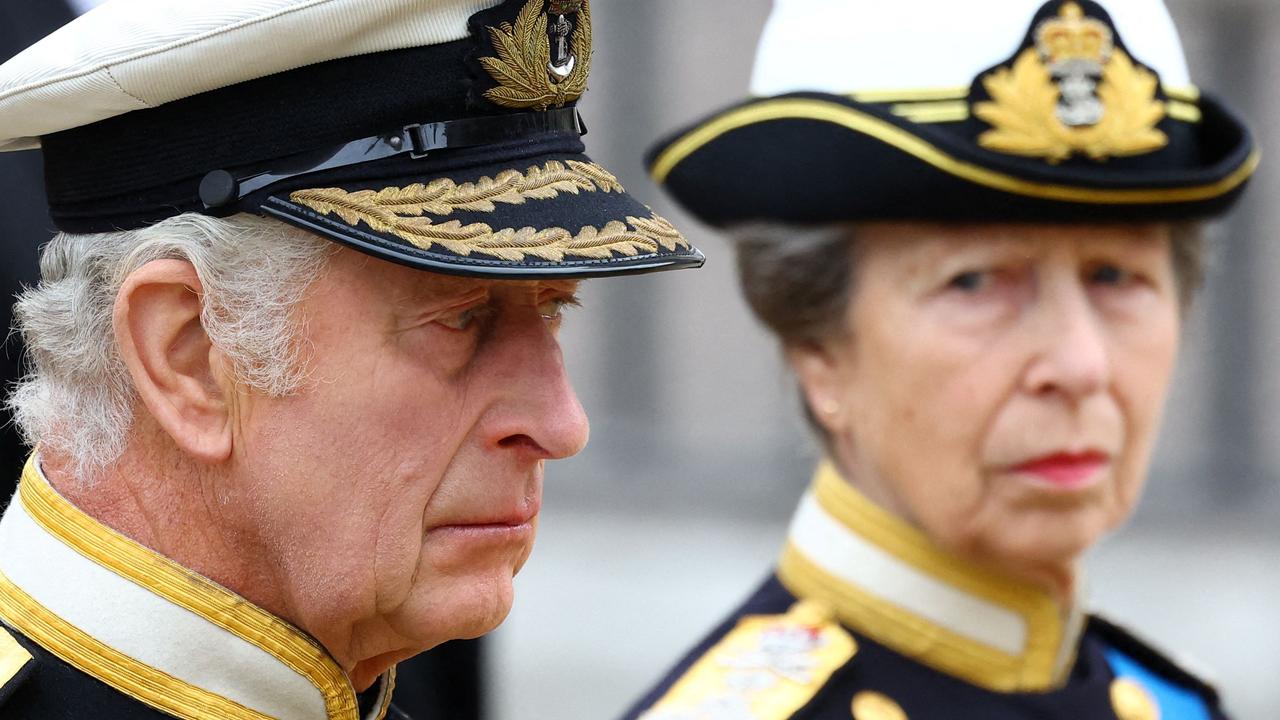 Prince Harry cut a sombre figure alongside King Charles and Prince William as the trio followed the Queen’s coffin into Westminster Abbey.

The 37-year-old Duke of Sussex looked emotional as he was seen trailing his brother Prince William, who was following behind King Charles III inside the abbey ahead of the funeral.

Charles, 73, also looked close to tears as he embarked on the procession from Westminster Hall.

Prince George, 9, and Princess Charlotte, 7, dressed in black, also walked behind their great grandmother’s coffin with their parents, the Prince and Princess of Wales.

Prince Louis, 4, was deemed too young to attend.

George and Charlotte, who are second and third in line to the throne, respectively, are also expected to be at the committal service in St George’s Chapel at Windsor Castle after the service, where the Queen will be buried in the royal vault.

The Queen’s coffin was carried down the aisle of Westminster Abbey, where the late married her beloved husband Philip for many decades ago.

Atop the monarch’s coffin is the Imperial State Crown, the Orb and the Scepter.

The Queen’s journey was accompanied by mournful music from the Choir of Westminster Abbey.