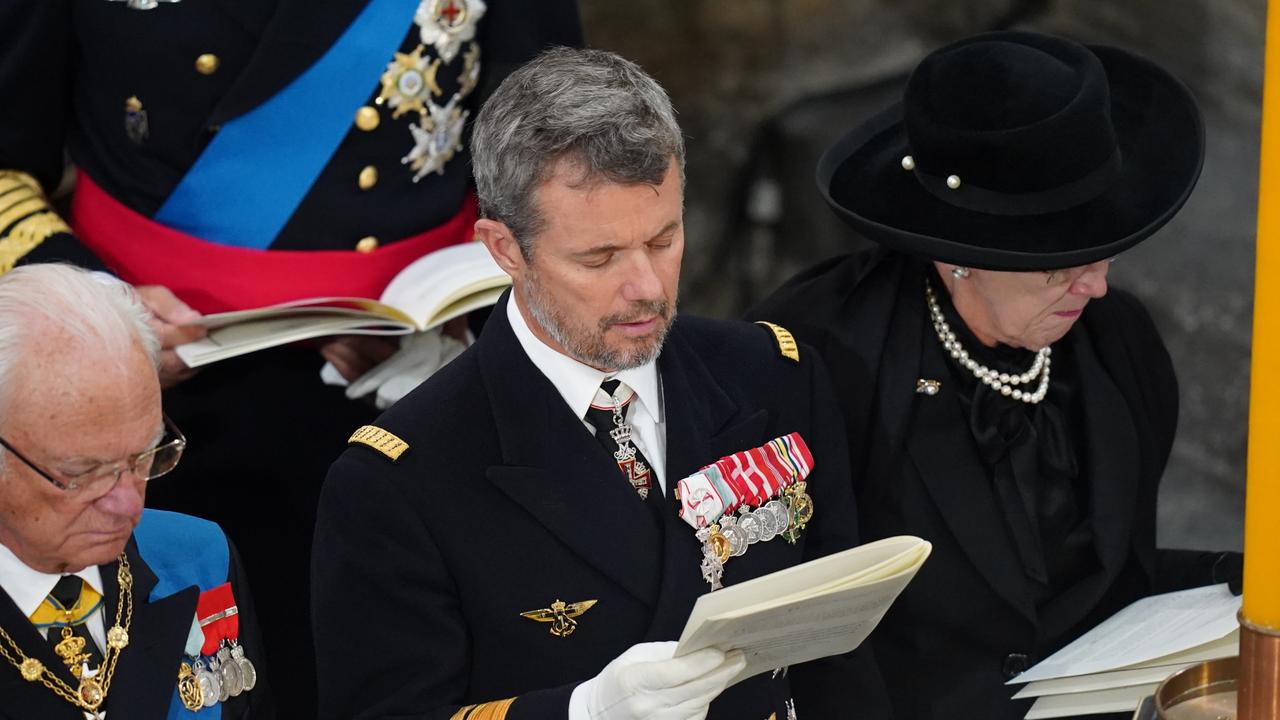 The Queen of Denmark has tested positive for Covid after the royal funeral in London.

Margrethe of Denmark – the late Queen Elizabeth II’s cousin – found out she had been infected after returning home.

The 82-year-old has canceled all engagements for the rest of the week while she recovers at Fredensborg Castle.

It is the second time Margrethe has tested positive for Covid this year.

She attended the service at Westminster Abbey alongside her son Crown Prince Frederik. His wife, the Australian-born Crown Princess Mary, was awkwardly uninvited to the funeral.

Margrethe is now the longest-serving monarch in Europe and sat opposite King Charles at the funeral.

Last week marked her 50th year on the throne, although celebrations were scaled back following Queen Elizabeth II’s death.

Frederik and Mary will fill in for her at a dinner with Danish politicians and officials, a spokesman for the Danish royal family said.

Margrethe last tested positive for Covid in February and at the time it was said that she had received three doses of a Covid vaccine.

Crown Princess Mary was a last-minute no-show at the Queen’s funeral on Monday.

The 50-year-old Tasmanian account manager turned future Queen consort, who married into the Danish royal family in 2004, confirmed her plan to attend the state service via a palace statement last week.

“HM (Her Majesty) The Queen and The Crown Prince Couple (Prince Frederik and Princess Mary) will be present at the State Funeral of Queen Elizabeth II on 19 September 2022 at Westminster Abbey in London, Great Britain,” the statement read at the team.

It was later quietly edited to remove Mary.

In an “embarrassing” blunder, Mary’s invitation to the funeral was “made in error”.

“There has been a regrettable error in the invitation from the British Foreign Office’s protocol. It is thus only the Queen and the Crown Prince who, from the Danish side, will participate in Queen Elizabeth II’s state funeral on Monday,” a spokesperson for the Danish royals said.