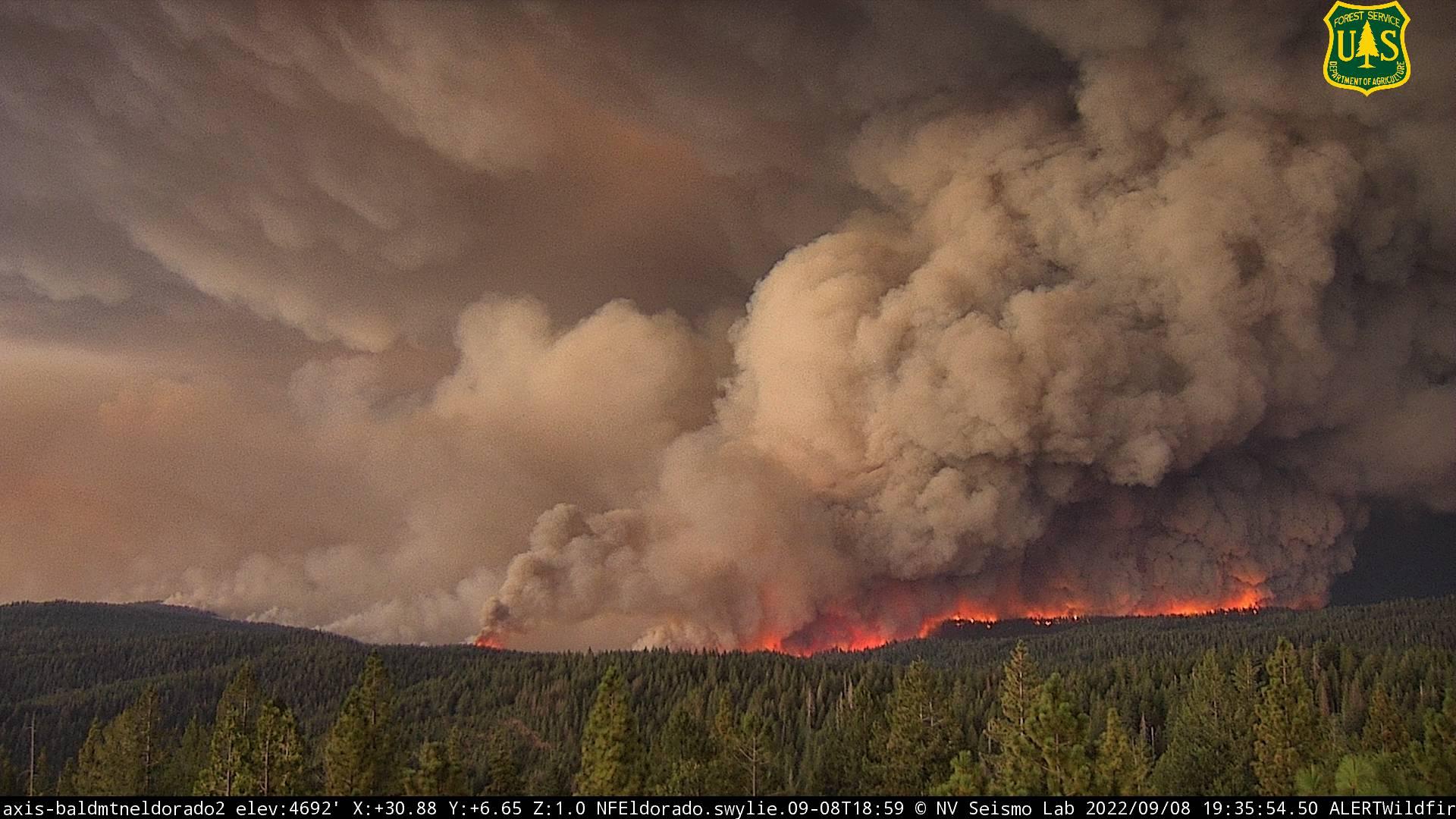 But forecasts calling for the rain to continue over the fire area until Wednesday have prompted warnings of possible thunderstorms that could trigger mudslides, rockslides and and ash and debris flows where the 76,290-acre fire has already burned.

“It adds another layer of complexity to the firefight,” said Scott McLean, a Cal Fire spokesman.

According to the National Weather Service meteorologist Eric Kurth, who is assigned to the Mosquito Fire, the storm sitting over Northern California dropped between ½ of an inch and an inch of rainfall over the fire on Sunday. It also brought cooler temperatures and higher humidity — favorable conditions for firefighters, who took advantage of those conditions to extend containment lines around 39% of the fire.

Moderate rains were expected to continue through Wednesday, dropping about an inch over the fire Monday, with possible isolated thunderstorms bringing locally heavy rains that could cause flooding and ash and debris slides. On Wednesday, the scattered showers are expected, with conditions expected to dry up and warm up on Thursday, with temperatures returning to normal — in the 80s — on Friday.

In addition to the potential of slides and flooding, the rains create muddy, slippery and dangerous conditions for the thousands of firefighters working to surround and extinguish the blaze in the steep and rugged terrain. Cal Fire officials said.

“All those dozer lines and hand lines are going to turn to mud,” McLean said, “and traversing those drainages is going to be difficult.”

Fire crews may need to be pulled back from the lines in some areas, he said, but they’ll keep fighting the fire, putting out hot spots and smoldering trees and working to extend containment lines around the perimeter of the blaze. The eastern edge of the fire continues to present the biggest challenge to firefighter, McLean said.

The Mosquito Fire, burning in the Tahoe and El Dorado National Forests, started on Sept. 7. It raged during its first few days, destroying 78 structures and damaging 13 — and forcing thousands of residents in the sparsely populated, densely forested area to leave their homes. Cal Fire inverstigators are still trying to determine the cause.

The area is steep, rugged and populated with clusters of houses off rural roads. Once a gold mining center, the region is now a recreation area popular among off-road vehicle users and trail runners.

As the rains yield to sunshine late in the week, firefighters are hoping the temperatures don’t soar and the humidity remains high, McLean said, enabling them to continue to make progress containing the fire McLean said.

“Fire activity has slowed down, but the firefighters have not,” the US Forest Service said in an update Monday morning.

“While the rain presents a different set of challenges to the fire-suppression effort, crews continue to work, taking advantage of the lull in fire activity to secure the fire perimeter and increase containment before warm, dry weather returns,” the agency said.