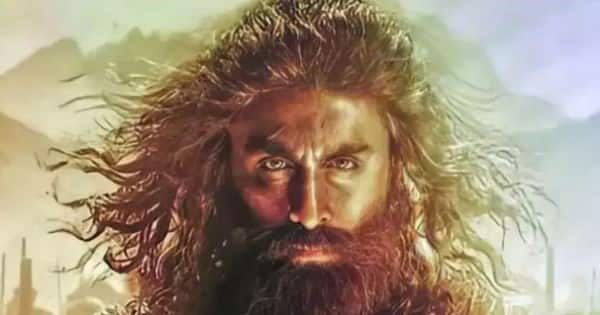 Ranbir Kapoor is all set to enthrall fans with Shamshera, his next biggie which brings him on the big screen four years after the blockbuster Sanju. The trailer of the film has dropped today and it has left everyone in awe of Ranbir. The trailer revealed a closely guarded secret about the film directed by Karan Malhotra of Agneepath fame, that Ranbir is playing the father, Shamshera, and the son, Balli, in this revenge spectacle. This is the first time in his career that Ranbir will be playing two characters in the same film. But getting the role rather roles wasn’t easy for the actor. Talking to the media at the Shamshera trailer launch, Ranbi revealed a very interesting aspect about his casting for the film. Also Read – Shamshera gets compared with Yash’s KGF; Ranbir Kapoor’s look inspired by Ranveer Singh? – Check fans verdict

Spilling the beans about the same, Ranbir revealed that he was only approached to play Balli but he convinced film-maker Aditya Chopra Karan Malhotra to let him play the father Shamshera too. Ranbir said, “When the film was narrated to me, it wasn’t really offered to me as a double role. But when I heard the story, my immediate response to Aditya Chopra and Karan Malhotra was that let me play the father also.” Talking about what made him so excited about playing both father and son in the film, he said, “It is such a great role, it is such an interesting, juicy part for an actor to play. Then, I really had to convince Adi and Karan. I think after that Karan did a couple of look tests and that’s when he got convinced too. So, initially it wasn’t offered to me but it hooked me thoroughly as an actor. They were two unique characters and for an actor like me, to play two distinctive characters and make them different were very challenging and very exciting.” Also Read – Shamshera: Ranbir Kapoor talks about life after marriage; calls wife Alia Bhatt ‘dal chawal with tadka’

Now, if you may recall, recently Prabhas played the dual role of Amarendra Baahubali (father) and Mahendra Baahubali (son) in SS Rajamouli’s epic Baahubali franchise. The film became a blockbuster breaking and making box office records that other films haven’t been able to surpass. Perhaps, with Shamshera, Ranbir is trying to bag his version of Baahubali. Also Read – Shamshera trailer: Ranbir Kapoor, Sanjay Dutt pay the perfect ode to Sunil Dutt and Dharmendra’s curry westerns in this tailor-made big-screen entertainer

Talking about the story of Shamshera, it is set in the fictitious city of Kaza, where a warrior tribe is imprisoned, enslaved and tortured by a ruthless authoritarian general Shudh Singh. Shamshera rises from being a slave, to a leader and then a legend who saves his tribe. The entertainer is set in the 1800s in the heartland of India and also stars Sanjay Dutt as Ranbir’s main nemesis. The film is set for release in Hindi, Tamil and Telugu on July 22, 2022.