If there is one actor in Bollywood who can pull off any style with ease and charm, it is Ranveer Singh, everything about his style makes a cool statement. The actor made his debut in Bollywood with the romantic comedy Band Baaja Baaraat in 2010, and since then, he has never looked back. Ranveer has given some notable performances in films like Lootera, Dil Dhadakne Do, Bajirao Mastani, Padmaavat, Gully Boy, 83, and many more. The actor is often seen sharing stunning glimpses of his looks and style on social media with fans.

Taking to his Instagram handle, Ranveer shared a photo in which he is seen sitting in his car and it also offered a closer look at his stylish look of the day. Being a lover of Gucci attire, Ranveer was seen clad in a blue tracksuit by the brand and wore a matching bucket hat. Not just that, he teamed this up with an uber cool pair of sunglasses. The actor once again managed to pull off the quirky look with panache and left his fans asking for more. In the background, he added the song Jinklo by Just Neel Things, D’Evil & Karan Kanchan. 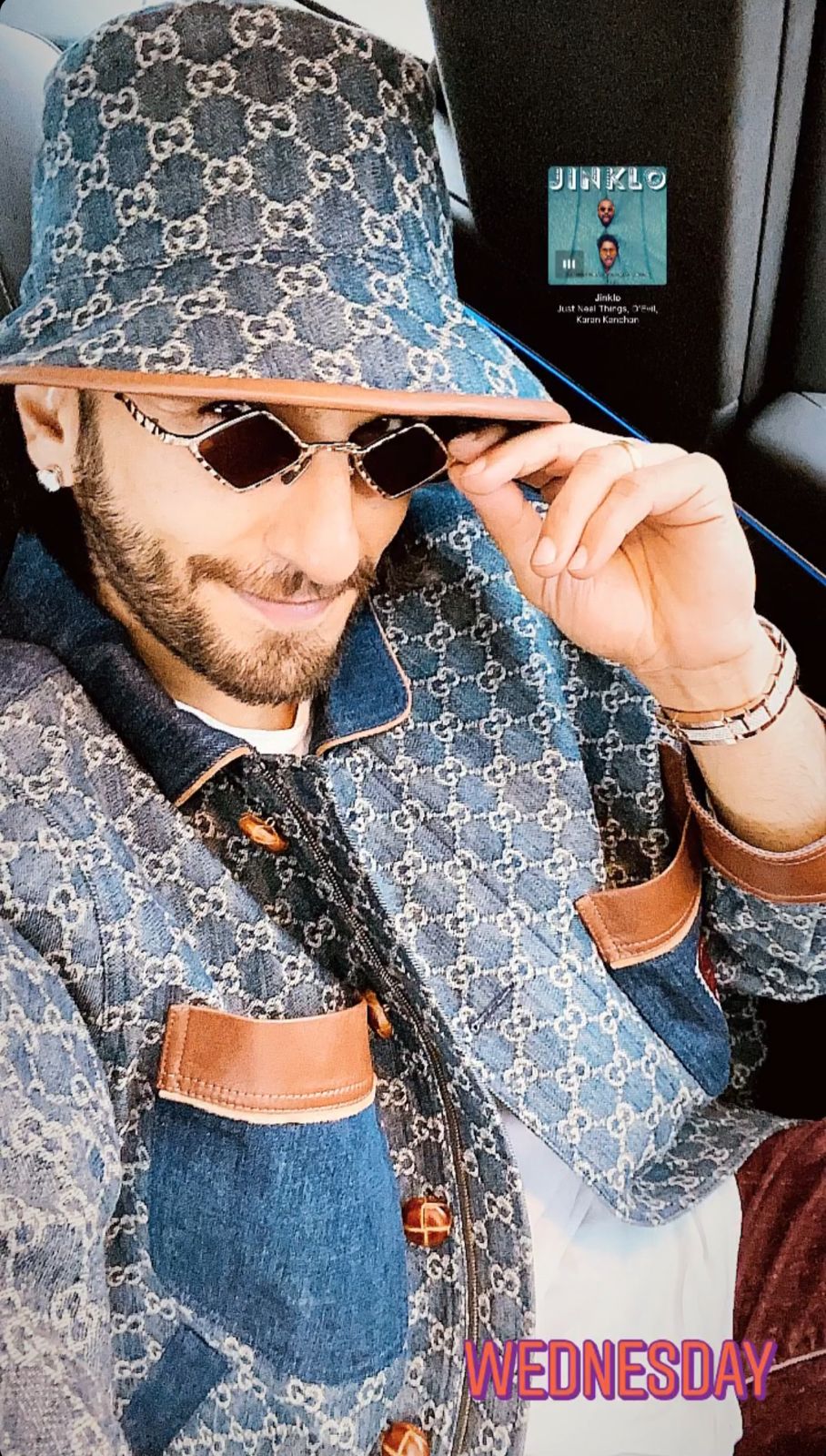 Meanwhile, on the work front, Ranveer was last seen in Jayeshbhai Jordaar which also starred Shalini Pandey, Boman Irani, and Ratna Pathak Shah. Apart from this, the Befikre actor will be seen next in Karan Johar’s film, Rocky Aur Rani Ki Prem Kahani with Alia Bhatt, Dharmendra, Shabana Azmi, and Jaya Bachchan, which is slated for release in the cinemas on 10 February 2023. Ranveer also has other projects including Rohit Shetty’s Cirkus with Jacqueline Fernandez, Pooja Hegde and Varun Sharma. It is scheduled for worldwide theatrical release on 23 December 2022. He also has the Hindi remake of the Tamil film, Anniyan in the pipeline.