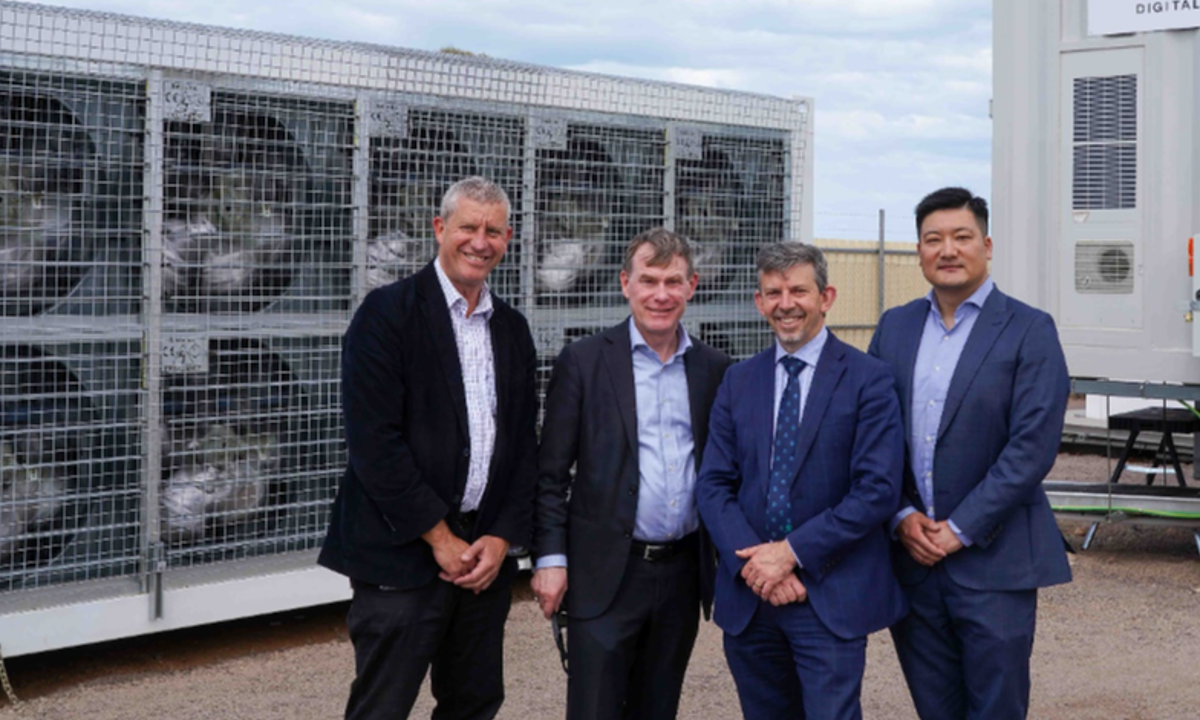 Digital mining involves using powerful computers to figure out complex mathematical equations that are rewarded with bitcoins – a process that requires excessive electricity.

“We came to South Australia because it has traditionally been a stronger adopter of new technologies and digital innovation and the state is rich in renewable energy generation,” Wang said.

This is a multi-million-dollar investment into the region as one bitcoin currently amounts to $28,633 AUD.

An inbuilt intelligent control capability enables the mining computers to heighten or lessen operations if the grid has a power shortage.

If the company needs to increase production, it will draw electricity from the main grid.

“We’re basically like a sponge; we soak up the excess that’s not used,” Kondylas said.

The venture is supported by the local council and state government to bring more national companies to invest in Whyalla.

Minister for Trade and Investment Nick Champion said, “Whyalla is an important economic contributor to our state and has huge potential to grow – attracting industries of the future.”

City of Whyalla Mayor Clare McLaughlin said Lumos is the perfect fit for the city and is excited to contribute toward a sustainable approach to crypto mining.

“This also builds on our city’s mining focus, now adding data to our existing iron ore industry base, as well as providing yet another career opportunity for our local students to explore,” Mayor McLaughlin said.

“All these facets demonstrate that this private sector investment is helping create and strengthen a sustainable and healthy local economy.”