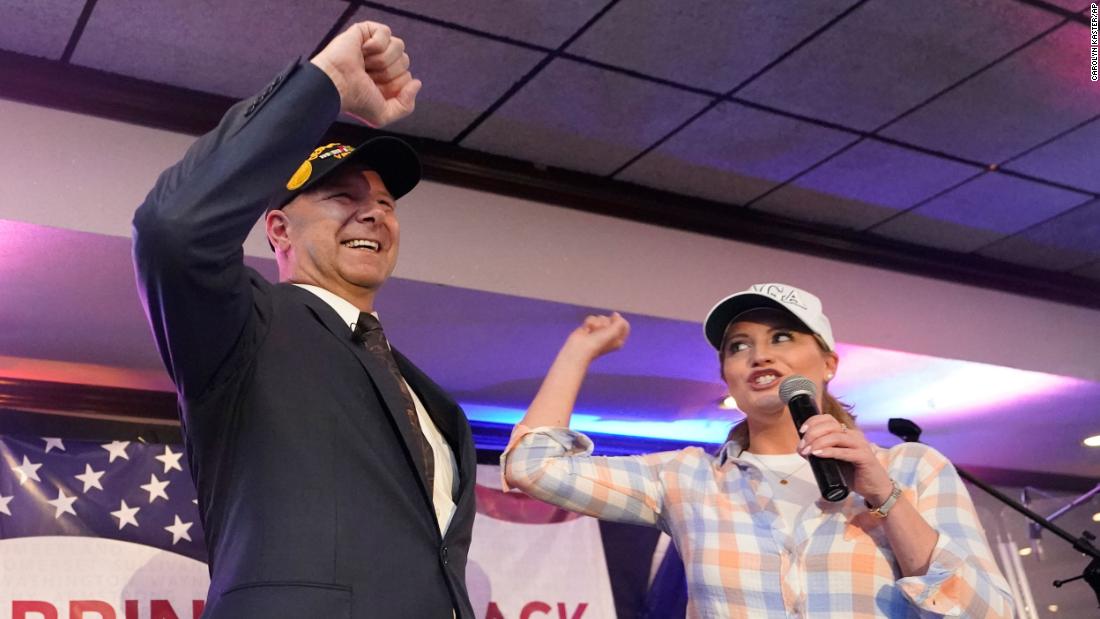 “I don’t think 2020 is what people are going to want to think about,” Sen. Lindsey Graham of South Carolina told CNN when asked about Mastiano’s claims.

The fear among Republicans in the Senate is that if Mastriano implodes in the general election it could hurt their Senate candidate, according to several GOP sources. The GOP Senate primary has not yet been called. The uneasiness over Mastriano underscores the larger split within the Republican Party over former President Donald Trump’s false claims about the 2020 election, particularly among those who say such claims will harm the party’s electoral chances in November.

Senate GOP Whip John Thune also expressed concern about Mastriano’s past comments, telling CNN: “Some of the statements I think that individual has made aren’t ideal.” And he added: “But I think people hopefully are, when it comes to the fall election, are very discerning and will be able to differentiate candidate for governor from the candidate for Senate.”

Other GOP senators had a similar message.

“If you run across the state, you need to know the state and I think in some of these particularly battleground states, that may not be a message winning,” Sen. Thom Tillis of North Carolina said of Mastriano’s stolen election claims.

Tillis said Republicans should focus on economic issues and border issues — not 2020.

“Why focus on things where you may evenly split or have a losing fight?” Tillis said.

Others were clear that Mastriano wasn’t their preferred candidate.

“Wouldn’t have been my choice,” said Sen. Mitt Romney of Utah.

GOP Sen. Pat Toomey of Pennsylvania, whose retirement is creating the vacant Senate seat, told CNN he doesn’t know Mastriano and didn’t vote for him — and backed candidate Bill McSwain instead. But he said he would “suspend judgment” on Mastiano until he gets to know him and talks to him.

Asked about Mastriano’s false 2020 election claims, Toomey said: “I’m aware that he has said things that I would disagree with.”

Sen. Gary Peters of Michigan, who chairs the Democratic Senatorial Campaign Committee, said tying the GOP Senate candidate to Mastriano will “naturally happen,” and Democrats will attempt to “show that the Republicans have put forward extreme right-wing candidates for both the governor and for the Senate and that enhances our ability to win.”

Toomey downplayed the impact that Mastriano would have on other GOP candidates in the state.

“I think they’re separate races, really separate races. So I feel very good about our prospects of holding the Senate seat,” he said.

Others said voters need to assess the truth about 2020.

“I just encourage all voters to kind of look at it objectively, not just what you’ve read on the internet, but what seems to be reality, make your own decision,” said GOP Sen. Bill Cassidy of Louisiana.