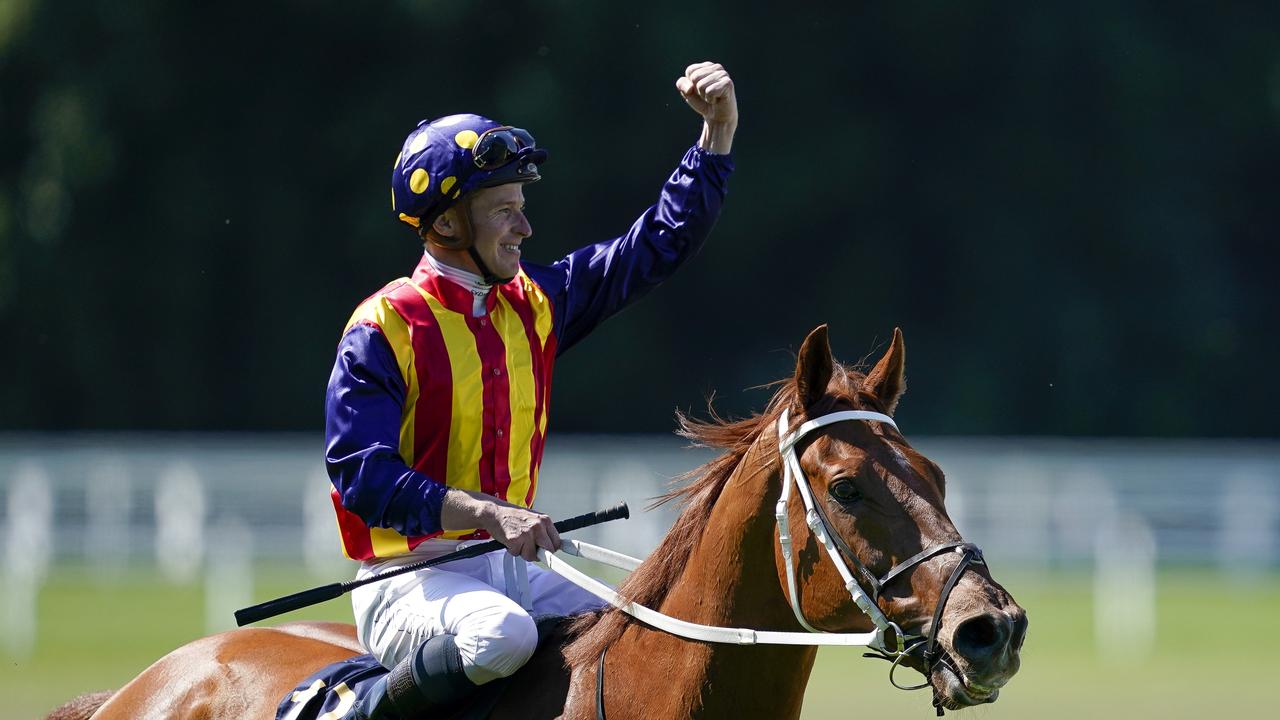 Nature Strip showed why he’s the world’s best sprinter with a virtuoso performance at Royal Randwick on Saturday.

Just 40 minutes after Anamoe thrilled the crowd with his George Main Stakes win, Nature Strip wasn’t about to be upstaged in the Group 2 $1m The Shorts (1100m).

This was champion Nature Strip at his commanding best as he dashed away from the best sprinters in training.

“I took a lot of pride in that win,” trainer Chris Waller said

“I didn’t know what to expect, to tell you the truth, but we didn’t expect him to be this good.

“I wasn’t ready for him to run his best race today so for him to do that he is exactly where we want him to be.”

Nature Strip, having his first start since his famous King’s Stand Stakes win at Royal Ascot in June, was so impressive his odds where slashed from $2.80 to $2.10 favoritism to successfully defend his title in the $15m The TAB Everest (1200m) at Royal Randwick on October 15.

But for those who trailed Nature Strip home in The Shorts, there is hope.

Overpass proved he deserves a spot in The Everest with his determined second and no one missed Lost And Running charging home for third.

Early leader Eduardo ran a close fourth, Mazu (fifth) was very competitive and Masked Crusader (sixth) was sneaking home near the inside.

But the spring carnival campaign for 2020 The Everest winner Classique Legend seems over after he pulled up lame and last in The Shorts.

However, on the evidence of what we saw in The Shorts, how can they beat Nature Strip in The Everest?

Horse of the Year Nature Strip ($2.40 favourite) settled off speed before sprinting past arch rival Eduardo to score by one-and-a-quarter lengths with Overpass ($15) getting up for second, just in front of the fast finishing Lost And Running ($10).

James McDonald, who rode four winners at the Randwick meeting feature including the $1m double on Nature Strip and Anamoe, settled Nature Strip in behind Eduardo.

“He was ok into speed – as good as he normally is anyway – and I thought I won’t move a muscle and see what actually unfolds,” McDonald said.

“I just let him glide through and he did it beautifully. The first half was great and at the 500 (metre mark) where he normally chimes into his races, he thought it was time to ‘go’, but as soon as I came back a little bit, oh boy, he came back and then it was just a matter of gliding up the running.

“He wears his heart on his sleeve. I think there is a little more to give but in saying that he was at his top.

“He’s the pick of the yard because he wanders around. He did that at (Royal) Ascot as well.

“Everyone was in awe of him the way he strutted around the parade ring and I think that was his best performance in his career and I dare to say that he hasn’t gone backwards.”

Waller was asked whether he could enjoy the moment as Nature Strip cruised up and sprinted by Eduardo.

“I’m not as emotional as I was,” Waller said.

“But I stood back and listened to the crowd, that’s what people come to the races for and what’s good for our sport.”

Waller said Nature Strip won’t race again prior to The Everest: “We normally have a jumpout at home but I will go back through the record books and see what works.”

Overpass ran up to his brilliant barrier trial form with a career-best second that has virtually ensured he will be selected for The Everest.

It is understood a slot-holder is in advanced negotiations with the owners of Overpass and an announcement is imminent.

“I am thrilled, he has gone super,” said Bjorn Baker, trainer of Overpass.

“A couple of things going forward, I think he is better on top of the ground, he can get through it a bit.
“He still had to do a bit of work from the outside but I thought he ran the race of his life.
“There is no doubting we were ready but this is probably the first time in a long time he has had a proper prep and I think he will bounce through it.”

“We probably would’ve liked to have got a bit of a closer run in transit,” O’Shea said.

“A bloke on a 150/1 shot decided to play jockeys at the 800m which didn’t help but he ran great and we knew he would.

“I just would’ve preferred for him to have a little bit of an easier run in transit first-up but he exceeded expectations considering he’s gone that well.

“It would’ve been interesting had he drawn a gate where he could’ve got on the back of those two favorites so he’s in for a good preparation. He’ll go to the Premiere (Stakes) as long as he comes through this well.”

“He just got a little muddled up early and we got a little further back than we wanted to but he’s finished right on the back of those good horses,” Snowden said.

“He had no favors in the run when three-deep and no cover. He was vulnerable today.

“I think you can have the confidence that he’s going to be measuring up on game day.”

Masked Crusader was runner-up in The Everest last year and his first-up effort showed he is right on target for the world’s richest turf race.

“He got back, they ran hard and it was a good run on a track he didn’t love,” said co-trainer Michael Hawkes. “He has been set for one race.”

The final word to the conductor Les Bridge after Classique Legend trailered the field home in The Shorts.

“We did a full body scan on him and it cost $5000 to do it and they couldn’t find anything,” Bridge said.

“When he did the scan on the back of the knee it was perfect so it’s a mystery. My gut feeling is he’ll go out for a spell.”