Ricky Martin’s ex-manager, Rebecca Drucker has sued the singer for $3 million in unpaid commissions during her period of employment wherein helped him settle a “potential career-ending allegation” and “saved [his] career.”

Drucker worked as Martin’s talent manager from 2014-2018 and 2020-2022. Her legal counsel claims “Martin made millions of dollars and therefore owes Rebecca substantial commissions,” and in one notable example she helped navigate him through an almost-catastrophic allegation.

According to Los Angeles Central District Court documentsin September 2020 Martin received a letter from an attorney who threatened to publicly file a complaint against the singer if he did not monetarily resolve the claim leveled against him by the attorney’s client.

“After reading the legal letter, Martin collapsed. He expressed his extreme fear to Rebecca that if this threat were carried out, the consequences to Martin would be catastrophic.”

Allegedly, Drucker helped bring in “top litigation counsel” to handle the matter, and the claim “ultimately never saw the light of day.”

The documents also allege Drucker managed contracts, touring sponsorships, and general advice while the Latin pop singer fomented a toxic work environment where he was constantly mistreated, manipulated, and lied to her. These conditions compelled her to resign more than once.

After her first resignation, the documents claim Martin’s career took a nosedive.

“Martin’s business and finances suffered. His relationship with his advisors fractured. Martin’s personal life was in disarray.”

When he re-hired her in 2020, his career flourished. But according to the lawsuit, Drucker was once again forced to take on tasks beyond her pay grade.

“She was forced to deal with a litany of Martin’s personal issues, such as problems with the nanny he hired to care for his children, Martin’s non-payment of taxes, and his substance abuse, among other issues.”

Drucker threatened to quit again in 2021 and in response, Martin begged her to stay in return for a ten per cent commission on gross income instead of the previously agreed five per cent.

This prompted her to withdraw her resignation, and she continued to work with the signer for another year.

During this time, the work environment remained toxic, Martin’s company ignored and her requests for payment were refused, and they eventually pressured her to resign.

Drucker alleges, “Martin has now threatened Rebecca and is attempting to force her to sign agreement with a nondisclosure clause to silence Rebecca about the abhorrent behavior by Martin that she has both faced anclosure and hardened.”

Drucker has refused to sign the NDA and has instead chosen to sue him for the millions in a trial by jury.

Ricky Martin gained significant notoriety in Australia when he judged three seasons of The Voice from 2012-2014. 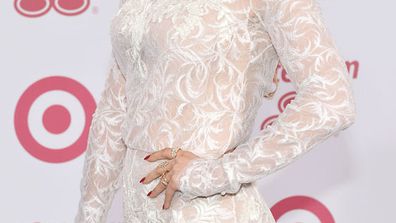