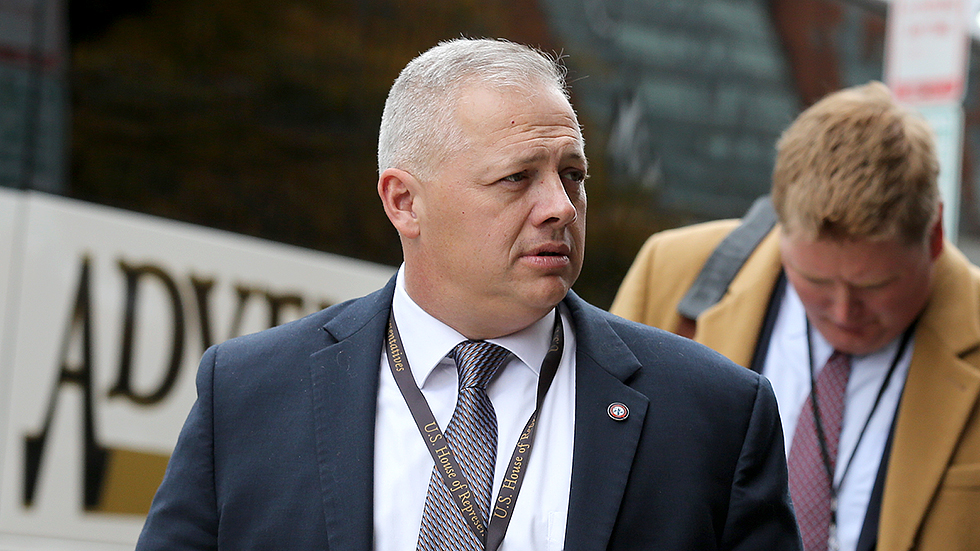 Former US Rep. Denver Riggleman (R-Va.) Said text messages to and from then-White House Chief of Staff Mark Meadows revealed a “roadmap to an attempted coup” as former President Trump attempted to overturn his 2020 election loss.

“The Meadows text messages show you an administration that was completely eaten up with a digital virus called QAnon conspiracy theories,” the former GOP lawmaker said. “You can look at text messages as a roadmap, but it’s also a look into the psyche of the Republican party today.”

Before he stepped down in April, Riggleman and his team combed through phone records, e-mails, social media posts, and text messages on behalf of the House committee.

That included 2,000 messages connected to Meadows, which Riggleman called “a roadmap to an attempted coup … of the United States.”

In those messages, Riggleman said his team traced the phone numbers of previously unidentified contacts to members of Congress and Trump allies including Ginni Thomas, the wife of Supreme Court Justice Clarence Thomas, who pushed to overturn the 2020 election.

Riggleman said what “shook me was the fact that if Clarence agreed with or was even aware of his wife’s efforts, all three branches of government would be tied to the stop the steal movement.”

“Is it possible that Clarence Thomas had no idea of ​​the activities of Ginni Thomas over decades as a Republican activist? Possible,” Riggleman said. “Is it probable? I just can’t even get my arms [around] that being probable.”

Ginni Thomas has reportedly agreed to meet with Jan. 6 committee, which is preparing for its final hearing this week.

In his interview, Riggleman also revealed the White House switchboard connected to the phone of a Capitol Rioter on Jan. 6.

Riggleman on Sunday pushed for a bigger probe into the evidence he uncovered, including a deeper dive into individuals apparently working in cahoots with the Trump White House.

The Jan. 6 committee said in a statement to “60 Minutes” that it has “run down all the leads” from Riggleman. The committee added he has “limited” knowledge of its comprehensive investigation into the Capitol attacks.

Riggleman was ousted by his party in a 2020 primary after he officiated a same-sex wedding. He has an upcoming book “The Breach” about his time dele on the Jan. 6 committee.