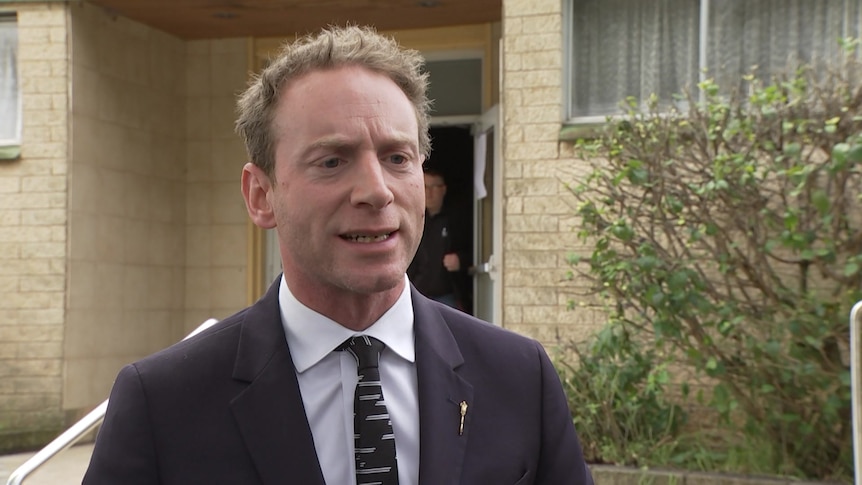 Senior members of the South Australian Liberal Party say the organization has avoided a bloodbath in the wake of the party’s election losses at a state and federal level earlier this year.

A rumored conservative takeover of the party’s executive failed to eventuate at today’s state branch annual general meeting, although a member of the faction was elected as the state president.

The meeting was held at the Hungarian Club in Norwood, rather than at the Adelaide Convention Centre, with speeches and extra events canceled out of respect for the Queen.

Despite rumors of a conservative takeover following a recruitment drive by Right faction senator Alex Antic, the result was more mixed.

The membership strongly supported former candidate for Kavel, Rowan Mumford, as the new state president but, after the meeting, Senator Antic was not prepared to declare the result a success.

“I just love democracy, I love coming to these meetings, hanging out with like-minded friends, good result, good people,” he said.

Other executive positions were won by a mix of conservative and moderate candidates.

The party appointed moderate Alex May as state director in July, while David Speirs — a conservative — was chosen as Opposition Leader in April after the election loss in March.

Mr Speirs today claimed a win for balance and harmony with the party “not lurching over to the far right” or “trying to out-left the Left”.

“Contrary to all the public speculation, no takeover has occurred by one particular group within the party and this is exactly what I was after,” he said.

All three of the party’s leaders are in their 30s.

“The generational shift for our party has been dramatic over the last few months,” Mr Speirs said.

Party elders were relieved that factional fighting did not take center stage.

“It shows that we can have confidence in the wisdom and integrity of state council delegates because they’ve elected people from the broad church.”

Former MP Christopher Pyne said the media had over-hyped the divisions in the party.

“I think you’re all being a bit dramatic,” he said ahead of the meeting.