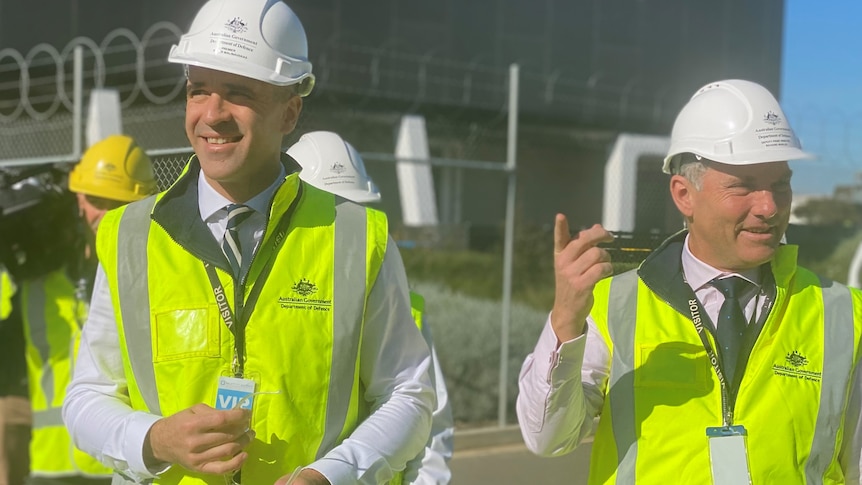 South Australia’s Premier says the federal government has “reassured” him that Australia’s fleet of nuclear-powered submarines will be built in Adelaide.

It follows a report in the Wall Street Journal over the weekend that the United States could build the first of Australia’s nuclear submarines, which would see them delivered by the mid-2030s rather than the mid-2040s.

Premier Peter Malinauskas said his stance on buying submarines from the US was “crystal clear”.

“South Australia will not accept a policy that would amount to a broken commitment of not seeing nuclear submarines built in Adelaide,” he said.

Mr Malinauskas said he had spoken to Defense Minister Richard Marles several times over the weekend “both in and over the phone”, who had person assured him the federal government committed to building nuclear submarines in Adelaide.

“Anything short of that would amount to a broken promise that I would be duty-bound to call out if it eventuated, but there is no suggestion that is the case,” Mr Malinauskas said.

“I certainly welcome the reassurances I have received from the federal government over the course of this weekend.”

The proposal to build nuclear submarines in the US comes a year after Australia entered the AUKUS security pact.

Many details, including what type of submarine Australia wants, remain unclear.

Mr Malinauskas did not rule out the possibility that some submarines could be built overseas as a stopgap measure, noting the significant pressures Australia faces.

“The truth is the Commonwealth government needs the capability to address the geopolitical risk that exists right now,” he said.

“I think everyone knows the Commonwealth government is working through complex challenges; firstly, what class of boat are we going to be building in Adelaide for the nuclear submarines, and in conjunction with which international partner? And then how do we get there as quickly as possible?”

However, he was unequivocal on the need to protect Australia’s sovereign defense capabilities.

“Developing the capacity to develop nuclear submarines domestically is absolutely critical for our nation’s security in these uncertain times.”

“We have a long way to go to develop the workforce that is required to build nuclear submarines, we will need to work with an international partner, and that is part of the review that is being undertaken by the federal government.”

How Australia will bridge its defense capability gap is the subject of the Defense Strategic Review, led by former defense minister Stephen Smith and former Chief of the Defense Force, Sir Angus Houston.

The review will be handed down in March next year.