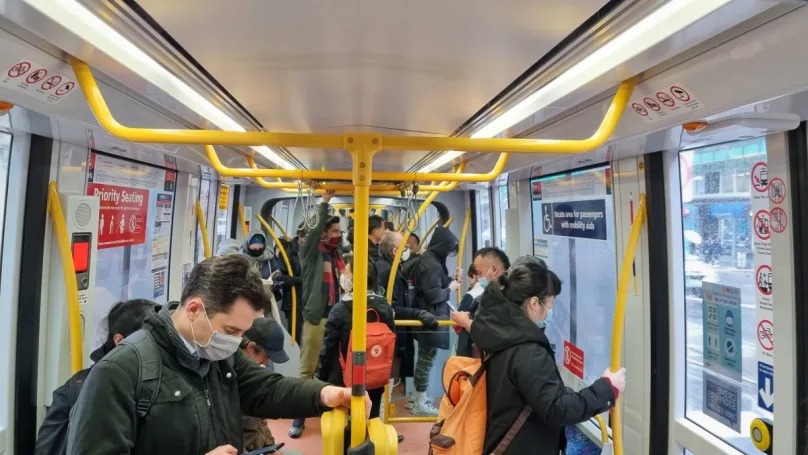 It comes as Premier Peter Malinauskas reiterated that authorities expected another COVID-19 wave later this year, but the exact timing and severity of it was still unknown.

“The one thing that we have to be alive to as a potential occurrence, of course, is a new variant,” Malinauskas said.

“If there is another new variant that is more transmissible or indeed more severe, and also has the ability to escape the vaccine then of course, that will present a significant challenge that we have to be ready for.”

Despite the anticipated wave, authorities decided to relax the state’s lingering COVID-19 restrictions at an Emergency Management Council meeting this morning.

From tomorrow, face masks will no longer need to be worn on public transport, bringing the state into line with states and territories which have already scrapped the requirement.

Malinauskas said the decision to remove the restriction a recommendation from acting chief public health officer Dr Chris Lease, who is filling in for Professor Nicola Spurrier while she is overseas.

“As far as we can tell, we now have a situation where most jurisdictions around the country don’t have mask wearing requirements on public transport,” he said.

“I think there are a lot of public transport patrons who will look forward to that relief being put in place tomorrow.”

Mask-wearing compliance on public transport has gradually decreased over the past few months, with the government previously saying it was avoiding issuing fines and had instead taken an “educational” approach.

He said people could still wear a mask on public transport if they choose to do so.

The decision signals the end of QR code scanning in South Australia, but Picton said the government would keep a record of how it enforced the system in the event that it needs to be reintroduced at a later date.

Also from Friday, visitors at aged care facilities will no longer need to show proof of COVID-19 vaccination, but some facilities may still require visitors to show a negative rapid antigen test prior to entry.

“This reflects a gradual, thoughtful easing of restrictions where we can afford to do it in a way that’s consistent with health advice, but also acknowledging we are going into a different phase of the pandemic,” Malinauskas said.

“This is another step forward in the right direction in that regard, particularly as we see case numbers coming down.”

It said the ages of people who had died after testing COVID-positive ranged from 60 to over 100 and that some deaths might not have occurred during the reporting week.

As of 11:59pm on Thursday September 15, 55 people with COVID-19 were in hospital, including four in intensive care.