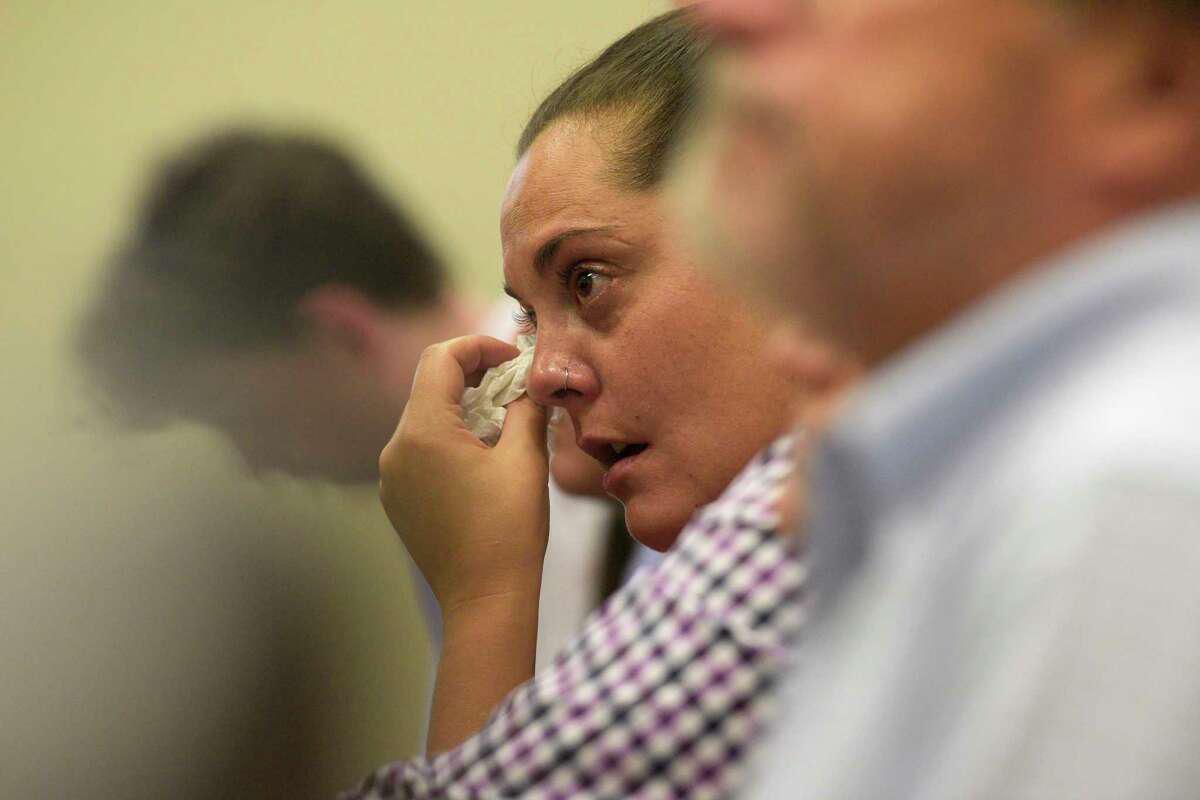 Attorneys who are trying to win a “substantial” award for the FBI agent and eight Sandy Hook families who Jones defamed last year want the jury of six in Waterbury Superior Court to be the first to hear the “devastating” and “crippling” role hoax conspiracies spread by Jones had on the victims’ grieving process.

“I have a lot of respect for these families being here,” said Mark Bankston, the lead attorney for the parents of a slain Sandy Hook boy who won a $49 million defamation settlement against Jones in Texas in August, attending the Connecticut trial as casually dressed observer.

While it may seem to the world watching the livestreamed trial that the family members involved in the lawsuit are assuming a low profile until they take the witness stand and make their impact on the jury, the reality is family members have played a prominent role during the first week of testimony, not only by participating in their attorneys’ trial strategy, but by their quiet presence each day in court.

There each day for the jury to see in the first three rows of Judge Barbara Bellis’ sunlight courtroom have been six-to-12 members of the Sandy Hook families, their expressions alternating between edge-of-their seat attentiveness and somber resignation to burying their heads in their hands and wiping tears away with tissue.

“Are you able to use your powers of perception to tell this jury whether Benjamin Wheeler was an actor?” the families’ lead attorney Chris Mattei asked a corporate representative from Jones’ Infowars conspiracy and merchandising platform, referring to a boy slain in the Sandy Hook massacre.

“No,” Brittany Paz replied from the witness stand as Francine Wheeler, the mother of the slain boy, looked ahead stoically from the courtroom gallery.

“No,” replied Paz each time to Mattei’s question as the courtroom’s attention shifted to the somber faces of Jennifer Hensel, Ian and Nicole Hockley, Mark Barden and Robbie Parker, the parents of the slain children.

The effect on the jury of the family members’ presence in court each day was not immediately clear to observers during the first week of the trial, the jurors tended to focus their eyes mostly on the witness, on the attorney asking the questions, and on the evidence being displayed on three large monitors in the 50-seat courtroom.

In addition to the parents of the five slain children, the families members of three educators slain in the massacre are due defamation damages in the Connecticut lawsuit as well: family members of first-grade teacher Victoria Soto, the daughter of principal Dawn Hochsprung, and the husband of school psychologist Mary Sherlach.

“Not all the parents and family members of (Sandy Hook massacre) victims chose to be here today,” Pattis told the jury during his opening statement on Tuesday. “Each of the folks who chose to be here today want you to compensate them for their grief, and to make an example of Alex Jones. Money is their weapon of choice.”

While it is too early to say what impact the family members’ presence will have on the amount of compensatory and punitive damages the jury awards, it seemed clear during the first week that being in the crosshairs of publicity had an impact on some of the family members themselves as they heard their horror retold from the witness stand.

“It was horrible — just horrible,” said a broken-up William Aldenberg, the defamed FBI agent Jones, describing the mass school shooting scene he responded to on Dec. 14, 2012, during the first day of testimony on Tuesday. “It overwhelmed the senses.”

Family members were already red-faced from crying in the press-packed courtroom on Tuesday when Carlee Soto-Parisi took the stand to cheerfully speak about her fun-loving sister, who considered teaching at Sandy Hook Elementary School her dream job.

When asked about the day that changed everything in Newtown, Soto-Parisi succumbed to sobbing, the family members in the gallery cried and consoled each other. Compounding her grief, Soto-Parisi testified, was the harassment of Sandy Hook deniers.

“It’s devastating. Its crippling,” Soto-Parisi said through tears. “You can’t breathe properly because you are constantly defending yourself and your family.”

Quiet before the storm

The emotional opening day for the Sandy Hook families was in contrast to the somber resolve family members showed and the low profile they kept for much of the rest of the week in the courtroom. It is unlikely that the family members will be able to stay out of the headlines much longer — especially if Alex Jones flies into Connecticut to testify next week as his attorney nominated.

The reason: if the Texas trial that concluded in August is any indication, Jones’ presence could ignite confrontations in Connecticut. In Texas, for example, Jones engaged with the parents he defamed multiple times during the second week of the trial. In one instance Jones responded out-of-turn in court to the mother of a Sandy Hook boy he defamed, saying, “No, I don’t think you’re an actress.”

And to the father of the slain boy Jones said after the jury had been dismissed for the day, “I let your son down and I apologize about everything.”

Moreover, Jones’ Connecticut attorney has already told the jury in Waterbury that he will argue that the families themselves are partly to blame for the harassment they’ve suffered at the hands of Sandy Hook deniers.

“You will learn that each of the parents and family members here transformed their grief and rage over the death of a loved one into a powerful and effective motive for opposing gun violence and promoting school safety,” Pattis told the jury during opening arguments, referring in part to Nicole Hockley and Mark Barden, the co-founders of the influential nonprofit Sandy Hook Promise. “They have formed foundations, held road races, testified before state lawmakers and Congress, met with presidents and authored opinion pieces.”

The families’ attorneys promised to tell a different story.

“They were defenseless,” Mattei said of the families during his opening argument. “They didn’t have the platform Alex Jones had. Ask yourself what it means when you’re lost in grief trying to find your way through it, knowing there is a whole army sent by Alex Jones who says that you are an actor.”