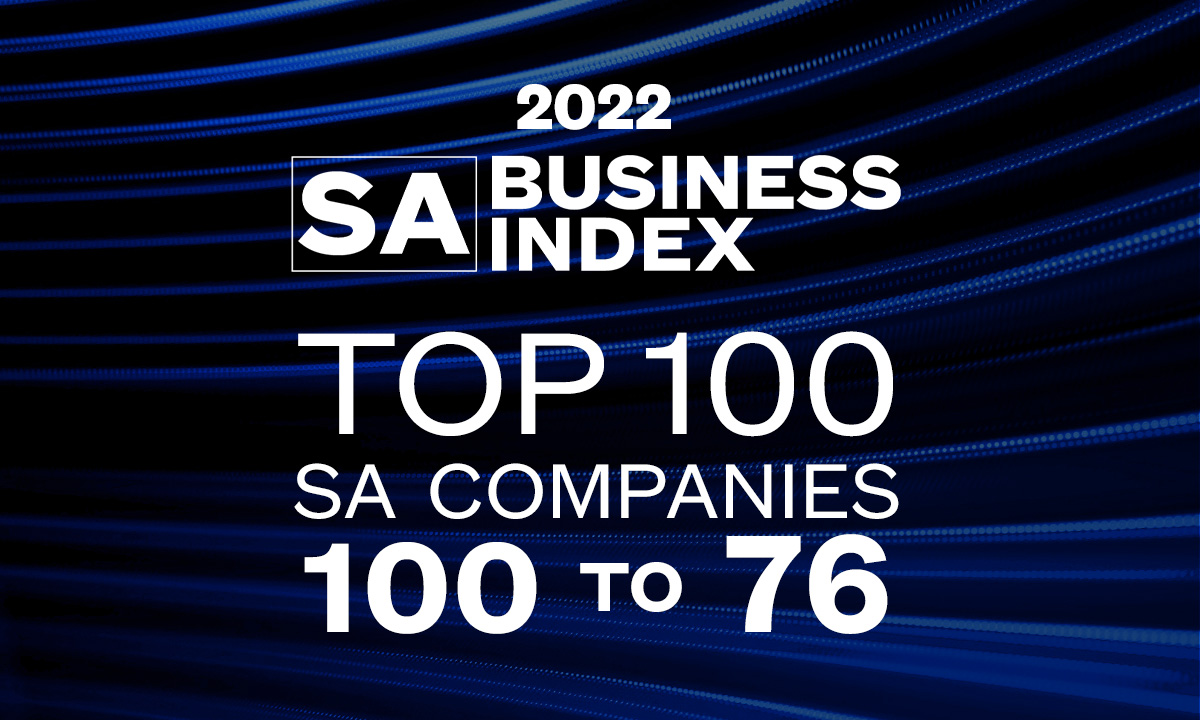 Data collated by Adelaide financial services firm Taylor Collison for InDaily’s South Australian Business Index 2022 – the state’s most definitive guide to our top companies – shows the COVID pandemic has continued to impact businesses with mixed results across the state this year.

Among the first 25 companies to be revealed, ranked from 100 to 76 (scroll down for the list), is the first and only private new entrant on the list: facility management business ServiceFM.

ServiceFM makes the list at number 98 after finding its commercial cleaning and infection control services in extra demand during the pandemic. Its FY22 revenue was $68.5 million – growth of 8.7 per cent over the previous year.

South Australia’s logistics and distribution companies have also played an important role in helping to ease the state’s supply crisis in FY22, driven by the pandemic, high demand and increasing worker shortages.

Cochranes Transport – established by Peter and Christine Cochrane in 1974 – is on the list at 90, while third-generation fuel distributors based in Crystal Brook, LH Perry and Sons, is listed at 89.

Also on the list is Customs Agency Services, founded in 1976 and specializing in warehousing, logistics and customs advice for the defence, aerospace and e-commerce sectors.

CAS sold a majority stake of the business to freight company Mondiale VGL on December 21 last year, but the CAS head office remains in Adelaide.

Two of our more innovative companies are tracking well.

Sparc Technologies climbed the ladder by 24 places compared to last year, landing at 76 in 2022.

The company is in a joint venture with the University of Adelaide and focuses on researching and developing next-generation hydrogen technology with the commercial backing of Fortescue Future Industries.

Prophecy International is a new entrant in the Top 100 this year, placed at 77.

The company is a leading Australian designer and developer of innovative business software, with global operations and expertise in cybersecurity and big data analytics. Its two core products are eMite with its development of advanced real-time analytics and dashboard solution, and Snare, a monitoring tool for critical auditing and security requirements. PRO recently signed a five-year supply agreement with Optus for both products.

The state’s food and dairy suppliers are also well-represented in this tranche of leading SA business names.

Among them is Zerella Holdings, at 87. Zerella Fresh is owned by the Pye Family and is one of Australia’s largest suppliers of potatoes, onions and carrots with 450 employees.

Confectioner Menz, famed for its Fruchocs, comes in 78 (up from 90 last year) and is a South Australian staple, while Knoll Consultants and Investments makes the list at 80 (the same ranking as last year). Knoll Consultants and Investments is the parent company for Barossa fine foods, Shultz Butchers, Standom, the Cheesemonger, the Smokehaus and Angelakis Bros after the company took over the fish business in 2018.

Fifth-generation family-owned and operated Angove Family Winemakers came in at 81 (up from 86) with its extensive portfolio of organic vineyards and wineries in McLaren Vale and Renmark.

Beston Global Foods made the list at 85 (down from 76), the company processes more than 30 percent of the state’s milk supply at its Jervois facility, manufacturing mozzarella and other dairy products.

A mix of the state’s junior miners also slotted into this tranche of the list.

Australian Rare Earths, based in Naracoorte, announced the recent discovery of Rare Earth Elements within the shallow ionic clays of the Koppamurra region.

Its exploration licenses extend for more than 4000sqkm along the South-East border as drilling work and pilot plants help to place this SA company as a genuine rare earth player, a high global demand sector with supply dominated by China.

The owner and operator of the Kanmantoo Copper-Gold mine, Hillgrove Resources, is listed at 91, and Barton Gold at 99, fronted by Alex Scanlon, and with a number of prospective mineralization zones across tenements in the Gawler Craton region.

Vintage Energy has several Australian assets including its Vali operations ready for production from late October.

Aerometrex slipped from 77 to 94 despite the aerial mapping and city planning company recording 19.5 per cent growth.

Representing the health sector, LBT Innovations just makes it into the list at 100. The company has an AI platform for image processing in microbiology while Nova Eye Medical has been designing, developing and manufacturing glaucoma treatment technologies for more than 30 years.

To be eligible for the Index, businesses must be a South Australian entity incorporated in SA, have a head office in SA, or be an SA-operated entity, majority owned by South Australians.

Each company is ranked by Taylor Collison by market capitalization using the following formula:

Barton Gold is a gold developer with a pipeline of projects and development assets in South Australia.

ServiceFM provides integrated facility management services to its partners in the public and private sectors of Austraread.

GPA Engineering is a multidisciplinary engineering and management firm.

Finsbury Green is a print, managed services and logistics company based in Adelaide.

Hillgrove Resources Limited is an Australian mining and resources company primarily focused on the development of the Kanmantoo Copper mine.

Fyfe is a land, resource and infrastructure development consultancy specializing in engineering, environmental, planning and surveying services for a variety of industries.

Based in Virginia, Zerella is a major Australian supplier of potatoes, carrots and onions.

Mossop is a construction and interiors company working on commercial, education, health, hospitality and residential projects.

Weeks Group is a residential builder in South Australia and Victoria.

Established in 1996, RJE provides multidisciplinary engineering and construction services to complex projects across a range of industries.

Vintage Energy is an oil and gas exploration and energy company.

Robern Menz is a confectioner with products including FruChocs and Violet Crumble.

The countdown continues tomorrow and Wednesday, with the full South Australian Business Index revealed on Thursday.