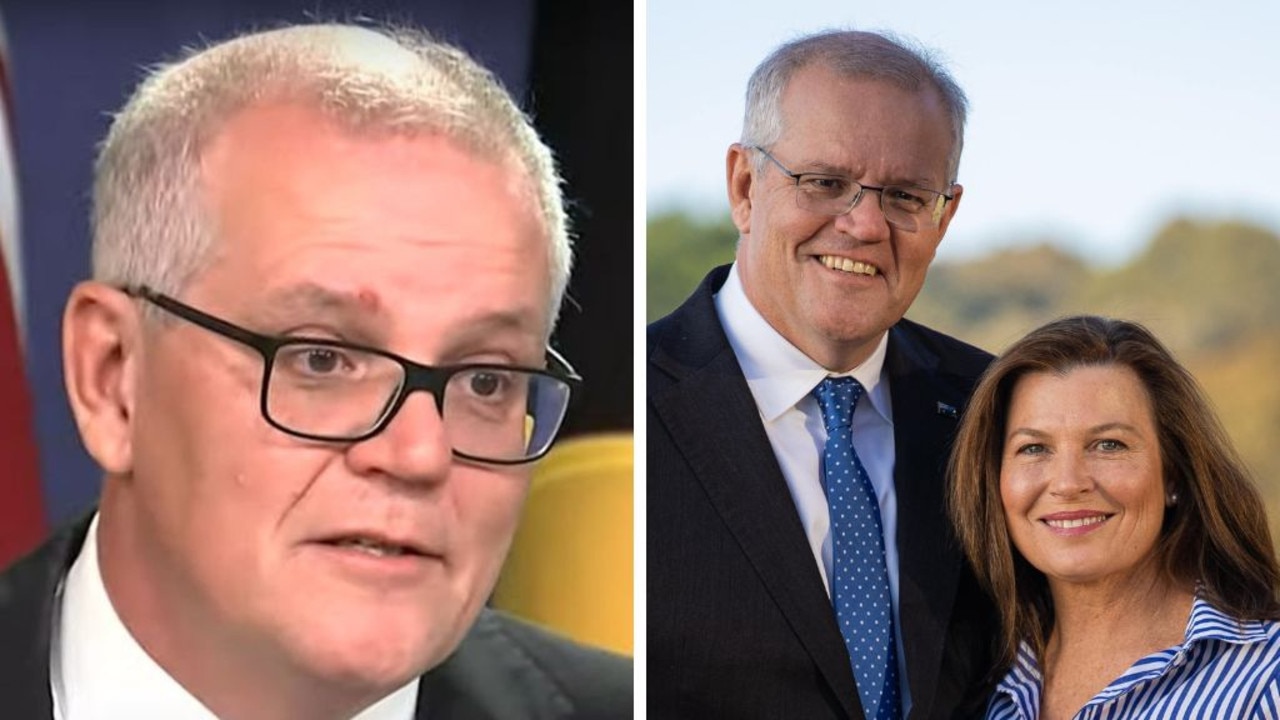 Australia’s Governor-General David Hurley has revealed he had “no reason” to believe that Scott Morrison had not told his ministerial colleagues about his secret power grab of five portfolios.

Defending his decision not to demand the Prime Minister disclose the secret appointments to the public, the Governor-General said that it was a matter for the Morrison Government.

But in a revelation that raises fresh questions about the former prime minister’s conduct, Government House said it never knew the appointments were not disclosed to the cabinet.

“It is not the responsibility of the Governor-General to advise the broader Ministry or parliament (or public) of administrative changes of this nature. The Governor-General had no reason to believe that appointments would not be communicated.”

The explosive statement comes hours after Mr Morrison held a press conference to defend his actions, insisting he needed “emergency powers” ​​because of the Covid-19 pandemic.

Under fire from a furious media, Mr Morrison was grilled on why he appointed himself to the portfolios, and why he kept it a secret.

Immediately after delivering his speech, the former Prime Minister was asked: “Why did you deceive the Australian public and Treasurer and Finance Minister about this?”

The former PM continued on to say he did not think it necessary to announce he had given himself additional powers unless he was going to use them, which he did in only one instance.

“You’ve met world, G20 leaders, you’ve shook hands with them. You understand it’s a slippery slope when you use the term emergency power. Can you specify …” one journalist said, before he was abruptly cut off by the former prime minister.

“The Australian public (want to know) these emergency powers, when they would have been invoked, given the situation,” the journalist continued.

“Can you specify — not just a vague term in the pandemic. It’s the secrecy that we’re upset about.”

ScoMo: ‘You can’t assume anything’

In another testy exchange with Sky News report Andrew Clennell, Mr Morrison said he would not be “bullied” into revealing his discussions with Governor General David Hurley around the secret appointments.

Clennell then interjected, “Mr Morrison, we have a right to know whether he said to you ‘shouldn’t we make this public’.

“You’re asking me to go into conversations between me and the Governor-General which I am not going to do,” Mr Morrison said.

“So we assume you did,” Clennell replied.

“No, you can’t assume anything, Andrew. I am not going to be verballed Andrew, or bullied in this press conference by you trying to put words in my mouth,” Mr Morrison said.

“I didn’t disclose it to them because I didn’t think it was for the best operation of the government during a crisis for which I am responsible. I appreciate Andrew, you mightn’t understand it because you haven’t been a prime minister in the middle of the worst crisis since the second world war.”

Mr Morrison said he had “a wonderful conversation” with former treasurer Josh Frydenberg after revelations he had appointed himself to the Treasury in secret.

“We had one yesterday and we are the best of friends,” he said.

Mr Morrison said he would not resign, but he left the door open to not contesting the next election.

Mr Morrison said he had sought advice from the Department of Prime Minister and Cabinet but would not say what the legal advice said or what it was.

“The advice that I received is a matter between me and the department,” he said.

“I said I sought advice from my department which is the standard process. Again, I don’t go into — as prime ministers and ministers don’t, because the advice that is provided is a matter between ministers and their departments.

Mr Morrison was then grilled over why he told 2GB radio host Ben Fordham that he “did not recall” if he had secretly appointed himself to other portfolios.

It subsequently emerged he had secretly appointed himself to Treasury and Home Affairs.

“Why couldn’t you remember yesterday wearing yourself in as Treasurer?” Mr Clenell said.

“I was administratively sworn in which gave me authority, like many other ministers had, to exercise decisions in an emergency situation. It was something that was done on an order of many other issues we were dealing with at the time.”

“Did you lie yesterday?” Clennell then interjected.

“No, I didn’t. I didn’t recall. Before I issued my statement yesterday, I took the time to make a formal request through the Department of Prime Minister and Cabinet to get the facts about if there were any other portfolios that administratively I was sworn in to.”

Warning the media to “respect the privacy” of his family, Mr Morrison also used the press conference to complain he had media cameras camped outside his home.

“As a Member of Parliament, of course I’m accountable and I’m happy to be here today,” he said.

“But members of my family have nothing to do with this.

“I would very much like that the cameras that sit outside my house each day and film my wife and my daughters going to school or going for a coffee … (my family) have nothing to do with this.

“I would ask that you do not invade the privacy of my family.”

The former prime minister has insisted he never exercised the powers – apart from in the resources portfolio.

“The fact that ministers were unaware of these things is actually proof of my lack of interference or intervention in any of their activities,” he said.

“I was only ever going to use them in an emergency situation. I understand the offense that some of my colleagues particularly have, have felt about this.

“I understand that and I’ve apologised to them, but equally as prime minister only I could really understand the weight of responsibility that was on my shoulders and on equally no one else.

“And as a result, I took the decision that I thought I needed to take.”

Mr Morrison said if he had “overstepped the mark, I am happy to have that conversation.”

“When we look back at a time which was a raging tempest, people can be led to make judgments out of context,” he said.

“But the context was very real. I was very mindful of it, as were all of my colleagues, and I’m sure at a state level as well – who I sought to work

“These were extraordinary times in which I had the great honor and privilege to serve as prime minister.”

Former home affairs minister Karen Andrews has called for Scott Morrison to resign and leave Parliament in the wake of revelations he was secretly appointed to five portfolios.

Ms Andrews told news.com.au had “no idea” the former Prime Minister had sworn himself into her portfolio.

“I am going to ask him to resign and leave Parliament,” she said.

“I have nothing to say to him.

“This is totally unacceptable. For a prime minister to behave in this manner undermines everything that a federal government constitutionally should stand for.”

Meanwhile, Liberal leader Peter Dutton has moved to distance himself from the former prime minister, granting he didn’t agree with the secret ministry decision.

“Scott’s apologised, rightly. I think he’s detailed that yesterday. I think it’s appropriate that he has apologised, because what he did clearly was the wrong thing,” Mr Dutton told Tasmanian radio.

“It’s not something that I would do if I’m elected to be prime minister at the next election, and we’ll work with the government to make sure the checks and balances are put in place to make sure that it can’t happen again.”