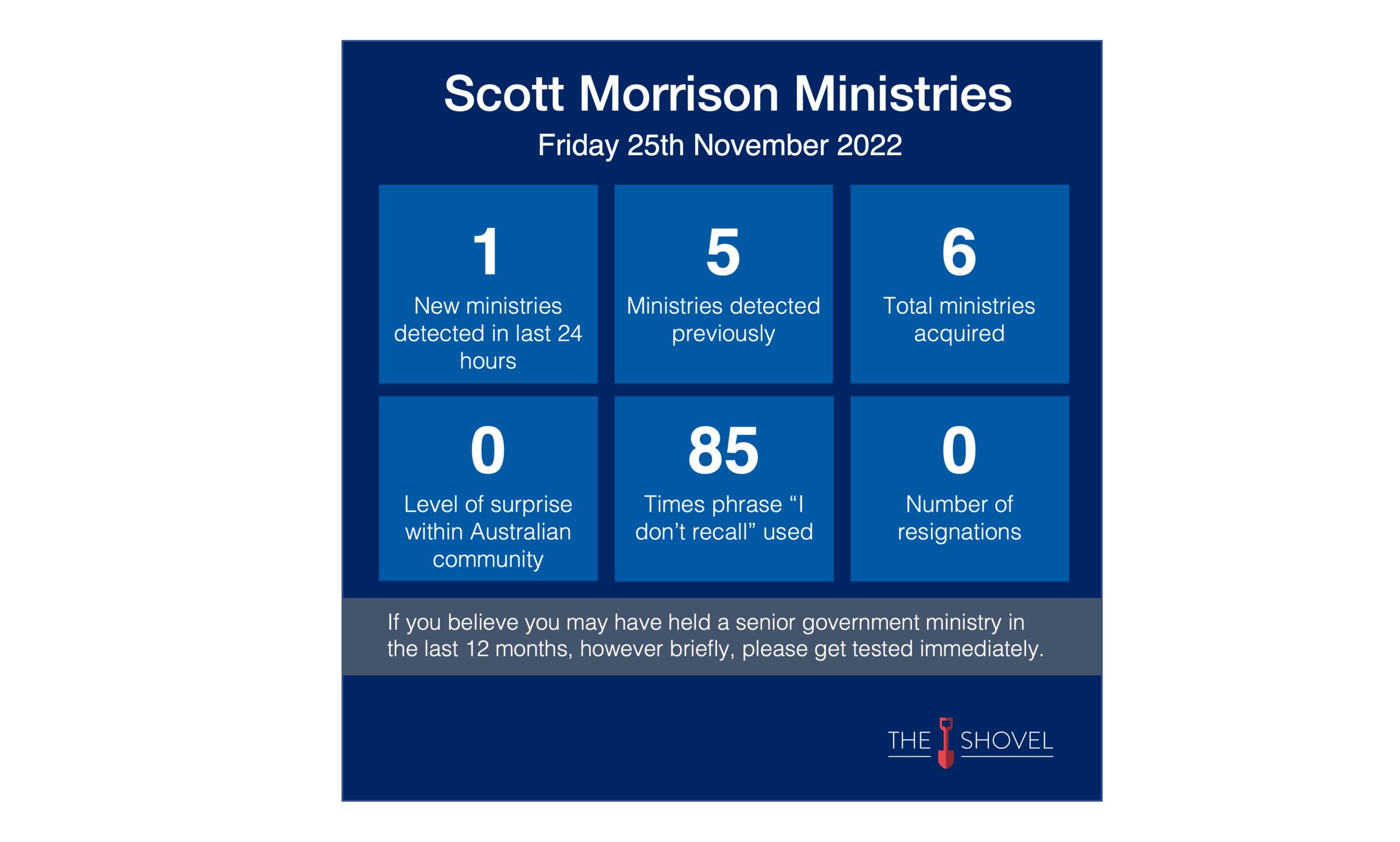 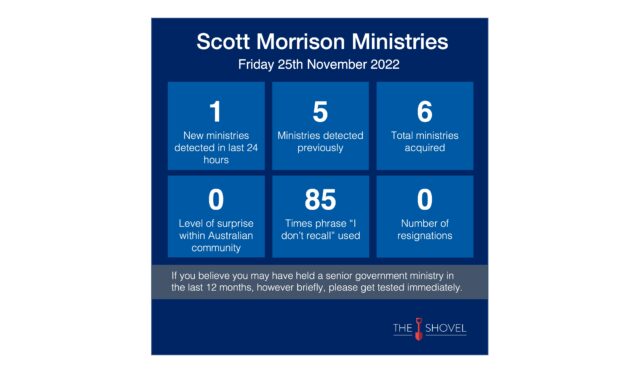 There have been no resignations recorded to date, although unfortunately one career is on life support and is expected to die in the coming days. Our condolences to those affected.

As you are aware, Scott Morrison ministries are known to spread very quickly. One minute you can be sworn in as Health Minister, the next thing you know you’re in charge of the entire nation’s finances, resources and law enforcement. It can spread exponentially and without anyone else knowing about it.

Symptoms to watch out for include a sociopathic need for power, a weird obsession with secrecy and a mate called ‘Christian’ who owes you a favor. There have also been reports of a complete lack of taste, although in Scott’s case we believe that it has been a lifelong affliction.

A final reminder that if you believe you may have unknowingly held a federal government ministry within the last 12 months, however briefly, please get your head tested immediately.