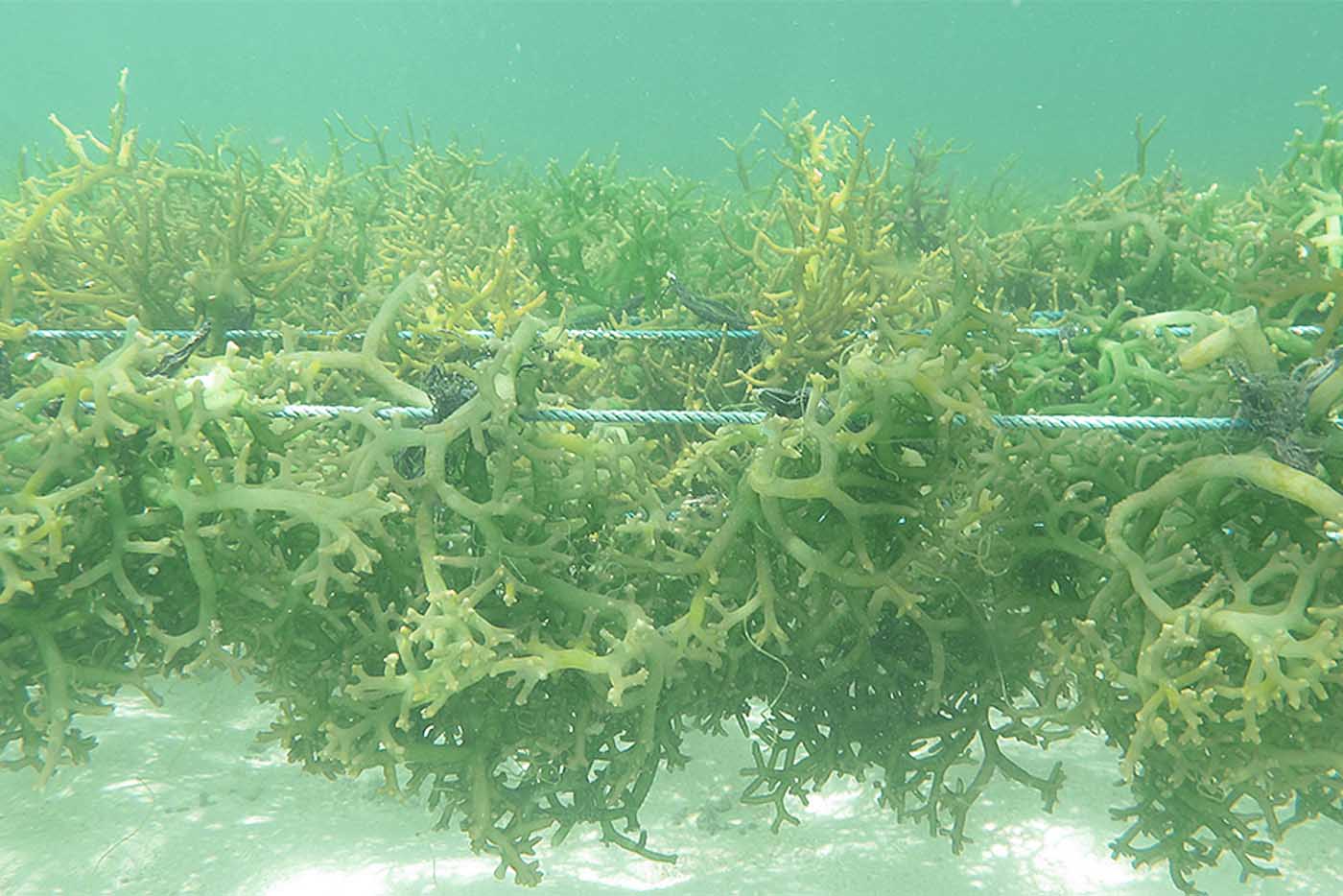 Some suggest 48 million square kilometers of ocean is suitable for seaweed aquaculture, or 11 percent of the total ocean area.

And if nine percent of the oceans were arranged for seaweed carbon sequestration, the atmosphere could return to pre-industrial conditions within decades.

Carbon sequestration involves the permanent removal of carbon from the atmosphere in a “sink” site but growing seaweed for the sole purpose of carbon offsetting or carbon credits has its critics.

However, new global pressure on climate change and investor demand for large projects could head off past concerns about high costs, engineering constraints and hostile growing conditions.

“This is a moonshot solution,” researcher Finn Ross told AAP.

“People either say it’s a terrible idea, we’re wasting valuable feedstock or low-carbon products, or people are saying the opposite, it’s an amazing climate solution, let’s do it, let’s start sinking seaweed.”

He says there is significant industry interest in seaweed as a climate solution and it will need to be funded by carbon markets.

“But rather than rushing into it or writing it off completely, there needs to be more oceanic research.”

One of the reasons the industry is in its infancy is the challenge of dropping seaweed by at least 2000 meters.

The paper warns of large research gaps around how much carbon from seaweed makes it into the deep ocean and the impact on sea bottom organisms.

It is also important to consider competition with phytoplankton for nutrients and ending up making little difference overall.

And it must be possible to track changes in oceanic carbon uptake at points in time during seaweed cultivation.

So far, all proposed ideas have been early-stage commercial ventures with no supporting research, according to the paper published in the academic journal Frontiers of Marine Science.

Concepts include tethered growing platforms in the deep ocean or attached to oil and gas infrastructure or offshore wind farms.

Seaweed could be grown at traditional near-shore coastal operations and then dumped offshore.

Or untethered automated platforms in the deep seas could rise and fall with ocean currents and to avoid shipping.

But those eligible to absorb and store – or sink – blue carbon are limited to the deep mud of coastal areas where mangroves, salt marshes and sea grasses can act as a natural carbon sink.

Some 18,000km of the coastline is protected by mangroves, offering protection from storms and tidal surges for 85,000 homes and 175,000 people.

In 2021, coastal mangroves and seagrass sequestered over 14 million tonnes of carbon – equivalent to the emissions of more than four million cars.

At present, seaweed production as a food crop provides Pacific communities with an income and could contribute to sustainable development goals that countries including Australia have signed up to.

Planting vast swathes of ocean seaweed solely for carbon credits could be another option, as governments and industry look at new climate solutions.

“It is tough, because they’re politically unpopular … other blue carbon projects are much more popular,” Ross said.

But coastal projects have less scope for scaling up, which is the trade-off decision-makers have to make, he said.