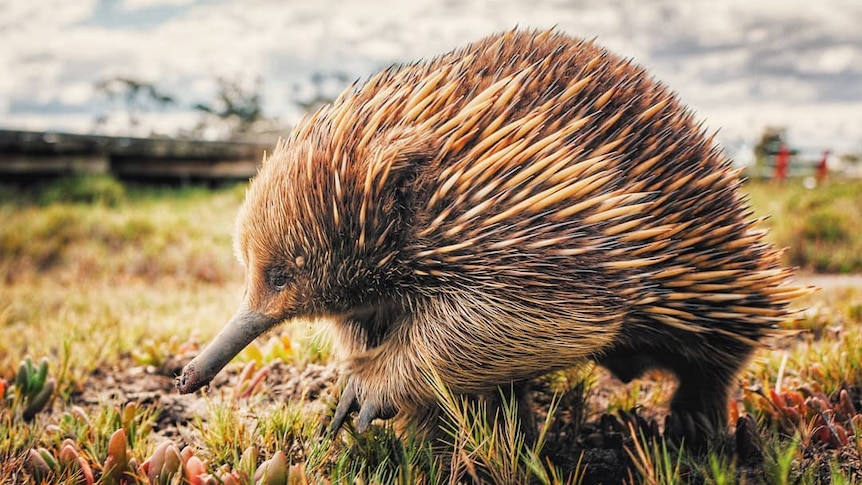 From the deserts to the pine regions, national parks to rugged coastal ranges, echidnas are waking up from their slumber across Australia’s vast and varied landscapes.

The spiky native creatures have been spotted fossicking for food on regional properties and digging holes in gardens as the weather warms up.

Proud descendant of the Githabul people, Kristi Lee is an Indigenous Ranger for ACT Parks and Conservation Service and is dedicated to caring for the country and the creatures that live off the land.

Her love for echidnas began in a previous role at Mulligans Flat Woodland Sanctuary where she conducted echidna monitoring and annual surveying.

“We’re smack bang in the middle of echidna activity season, so it’s likely you’ll see a lot of them about foraging for their favorite foods like ants and termites,” she said.

Ms Lee explained the highly adaptable animals did not follow the usual pattern of activity.

Ms Lee said echidnas were instead temperature dependent and tended to be more active when the weather was warmer in the daytime.

“But if we get a hot summer or they’re in a hot climate, say up north, they’re more likely to be active during the night time,” she said.

Echidnas have thousands of electroreceptors in their snouts that sense vibrations and help the native animals snuffle for food, similar to a platypus.

“They feel around on the ground and use their keen sense of smell to sniff out any food that might be underground,” Ms Lee said.

The quirky creatures also use a mechanism called torpor that allows them to lower their body temperature, heart rate, and metabolism to conserve energy.

“It’s used during times when there might not be many resources around and they use energy stores in their body very slowly and bury themselves underground,” Ms Lee said.

“They often wake up again at this time of year because they’re starting to breed and there’s plenty of food around.”

In South Australia’s Riverland and Murray Mallee regions, echidnas have been seen scrounging across the iconic red dirt from Taplan near the Victorian border through to areas around Waikerie.

Renmark resident Lee Rasheed has spotted echidnas near boat ramps in and around his home town before but never at Woolpunda, which he often visits for work.

“I drove up to a property and thought ‘What’s that bush moving?’, and then saw the little fella. It was brilliant,” he said.

“I only saw one but there were a fair few holes around, so it looked like it was very busy or it might have a few mates.”

ABC Riverland will deliver a wrap of the week’s news, stories and photos every Tuesday. Sign up to stay connected.