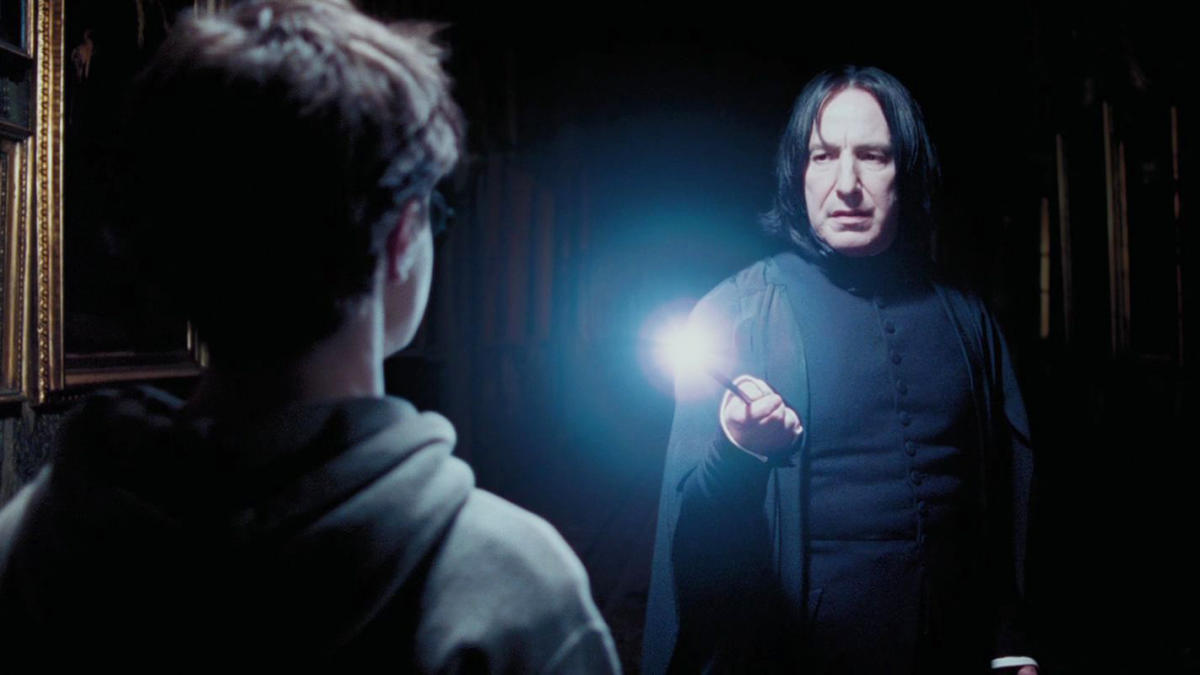 Excerpts from Alan Rickman’s diaries published by The Guardian offer a glimpse into the late actor’s decade-long journey through the “Harry Potter” franchise, with insight into why he decided to continue playing the role of Severus Snape across all eight films.

Prior to production beginning on the series’ fifth entry “Harry Potter and the Order of the Phoenix,” Rickman was forced to confront health issues. The actor was diagnosed with an aggressive form of prostate cancer in 2005 and began to receive treatment. Doctors later decided to remove his entire prostate, with surgery occurring at the Vanderbilt University Medical Center in Nashville, Tenn. in January of the following year.

Weeks after he was released from the hospital, Rickman wrote an entry in his journal revealing his decision to stay on as the notorious gloomy potions professor.

“Finally, yes to HP 5. The sensation is neither up nor down. The argument that wins is the one that says: ‘See it through. It’s your story,’” he wrote.

In 2007, the actor recorded his thoughts on his character’s demise written in JK Rowling’s final entry in the book series, “Harry Potter and the Deathly Hallows,” adding that he had always known about the harrowing love story between his character and Harry Potter’s mother , Lily.

“… I have finished reading the last ‘Harry Potter’ book,” he wrote at the time. “Snape dies heroically, Potter describes him to his children by him as one of the bravest men he ever knew and calls his son by Albus Severus. This was a genuine rite of passage. One small piece of information from Jo Rowling seven years ago – Snape loved Lily – gave me a cliff edge to hang on to.”

Rickman also wrote about his first meeting with Rowling, stating that he became her confidant in the history of Snape’s character.

“She nervously lets me in on a few glimpses of Snape’s background. Talking to her is talking to someone who lives these stories, not invents them,” Rickman wrote in 2000.

Rickman also provided his reaction after exiting the premiere of “Harry Potter and the Philosopher’s Stone,” the first entry of the franchise.

“The film should only be seen on a big screen,” Rickman wrote. “It acquires a scale and depth that matches the hideous score by John Williams. Party afterwards at the Savoy is much more fun.”

As previously reported in June, Henry Holt and Company will release “Madly Deeply: The Diaries of Alan Rickman,” a collection of Rickman’s handwritten diaries, in October.

Rickman, who came to cinematic fame as villain Hans Gruber in 1988’s “Die Hard,” has played a wide variety of characters in iconic films across many genres, including “Truly, Madly, Deeply,” “Galaxy Quest,” “The Hitchhiker’s Guide to the Galaxy,” “Sweeney Todd: The Demon Barber of Fleet Street,” “Love Actually” and “Robin Hood: Prince of Thieves.” His portrayal of the complicated Professor Severus Snape in every movie of the “Harry Potter” made the British actor a household name.

Rickman died Jan. 14, 2016 in London at the age of 69. The beloved actor had been having a quiet battle with pancreatic cancer before his death.