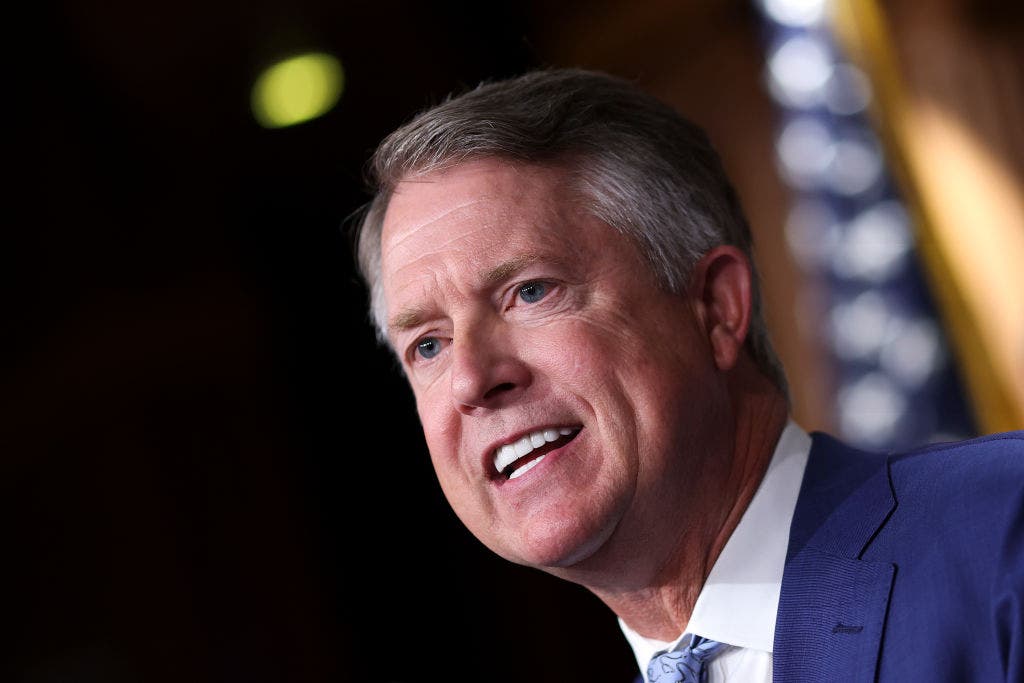 Check out what’s clicking on FoxBusiness.com

Sen. Roger Marshall, Kansas, is leading a group of 12 GOP senators in demanding that the CEOs of Visa, Mastercard and American Express scrap plans to track gun store sales. The companies recently announced they would apply the International Organization for Standardization’s new merchant category code to gun shop sales. Transactions at firearm stores were previously labeled as “general merchandise.”

In a letter obtained exclusively by FOX Business, the Republican lawmakers argue that compliance with the merchant code could open a backdoor gun control registry impacting law-abiding firearm owners.

“This decision, which is already being hailed by radical anti-gun activists, is the first step towards backdoor gun control on law abiding Americans,” the senators wrote to the CEOs. “Any change that seeks to impact a United States citizen’s ability to legally purchase a firearm belongs with Congress, not payment networks, international standard setting, or the financial institutions that some of you serve.”

Merchant category codes are not exclusive to gun store sales, as the codes exist for nearly every type of purchase, including those at supermarkets, clothing stores, coffee shops and other retailers.

But the codes only label the type of merchant where the credit or debit card is used, not the specific items. This means an item like a gun safe, for example, could be flagged as a large purchase at a gun store since one can be purchased for thousands of dollars.

“Due to the nature of the information collected from merchants when processing a transaction, you will have no ability to know what is being purchased; as such, the purported benefits for detecting suspicious purchases fall flat on face value,” the Republicans wrote. “Given that, it is clear that these changes are being pushed for much more nefarious reasons, and is likely only to step one with calls for declining to process gun sales altogether coming in the near future.”

According to the letter, the ISO is a voluntary organization that cannot unilaterally prescribe the way in which business is carried out.

“To be perfectly clear, your hand is not being forced,” the lawmakers wrote. “Creating a new merchant code for gun transactions is a choice being made by each of your companies. You are choosing the side of gun control advocates over the privacy and Second Amendments of millions of law abiding Americans.”

“You are choosing to insert yourselves into this political debate – which should only be fought at the ballot box and in Congress – and in doing so you are making clear that you are more than unbiased network operators seeking to maximize value for your customers and shareholders You have become antigun activists yourselves, wittingly or not,” they continued.

The Republicans told the CEOs that Congress will have no choice but to intercede on behalf of law-abiding American gun owners if their companies insist on tracking gun shop sales.

The senators also demanded answers from the credit card companies on a number of issues surrounding the new labeling of gun store purchases, including their understanding of the ISO process, what input they gave the ISO, coordination with outside entities such as activist organizations or politicians, how the information will be used to curb suspicious firearm sales and how the financial privacy of law-abiding customers will be ensured.

Gun control activists have argued that a separate category for sales at gun shops will help track suspicious quantities of firearms sales that could potentially lead to shooting. A week before the 2016 Pulse Nightclub mass shooting in Orlando, Florida, the gunman purchased more than $26,000 worth of guns and ammunition using credit cards.

New York City officials had put pressure on the ISO and banks to adopt the new code on gun shop sales.

Smith and Wesson handguns are displayed during the NRA Annual Meeting & Exhibits at the Kay Bailey Hutchison Convention Center on May 5, 2018 in Dallas, Texas. (Photo by Justin Sullivan/Getty Images/Getty Images)

“These credit card companies must now take the next step and flag suspicious transactions on gun and ammunition sales like they do for fraud and money laundering,” New York State Attorney General Letitia James said in a recent tweet. “By working together and using the tools at our disposal, we will help protect our communities and save lives.”

“A gun control advocate could view any desire to own or obtain a firearm as per se suspicious,” the House members wrote at the time. “Instead, this is a transparent attempt to chill the exercise of constitutionally protected rights and to circumvent existing legal restrictions on the creation of firearm registries by the government.”