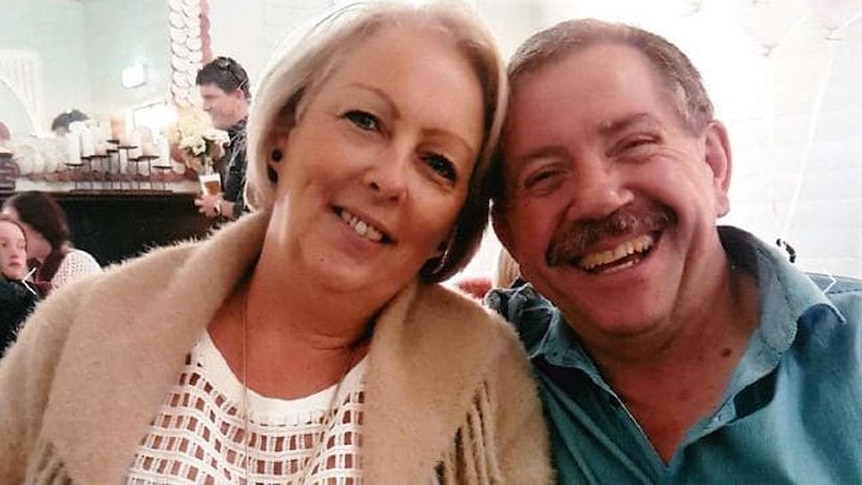 The trial of a wood friends accused of killing a Sunshine Coast man whose body went through a chipper has been told the woman allegedly involved asked to make false statements about her relationship with the man who died because of insurance.

Sharon Graham, and her partner at the time, Gregory Roser, have pleaded not guilty to the murder of Bruce Saunders in the Supreme Court in Brisbane.

The 54-year-old had been clearing trees on a rural property with Mr Roser and another man named Peter Koenig near Gympie in November 2017 when he died.

Parts of his body were discovered inside a chipping machine the trio had hired to mulch vegetation.

Prosecutors have alleged Ms Graham was part of a “love quadrangle” with the three men, and had asked Mr Roser and Mr Koenig to kill Mr Saunders, as she was set to benefit financially from his life insurance payout.

On the first day of the trial, Ms Graham’s lawyers denied she had plotted with the men, previously telling the court she believed her former partner had accidentally died.

While Mr Roser’s defense team told the court their client did not deny there was a planned murder, they claimed it was Mr Koenig who killed him.

However, Mr Roser has admitted to helping dispose of Mr Saunders body.

The court also previously heard Mr Koenig had already pleaded guilty to accessory after the fact to murder earlier this year and will testify later in the trial.

Text messages read to the court

On Wednesday, the court was shown a series of text messages Ms Graham had allegedly sent to a friend shortly after Mr Saunders death, saying she was “devo” and “so sick”.

“He was texting me when his phone must of drop (sic) into the wood mulcher and he must of went to grab and he went from that,” the messages said.

“Don’t know what to think or say… Poor everyone involved.”

In the messages, Ms Graham also allegedly said Mr Roser had tried to stop the machine, but it was “too late”.

“We are going to Yandina Hotel, the band is Whiskey Mountain Boys,” the messages said.

“What do you think whoo hoo.”

A long-term friend of Ms Graham gave evidence about a phone call she received from her just after Mr Saunders had died, describing her as being “hysterical” and crying.

“She said one of the guys had fallen into the woodchipper,” she recalled Ms Graham telling her.

Ms Simpson told the court that about a week or two later, Ms Graham had asked her to write a letter to her lawyer “because of insurance”.

“Saying her and Bruce were in a relationship at the time of his death,” she said.

Ms Simpson told the court she refused “because it wasn’t true”.

Graphic photos of remains shown to the jury

Another friend of Ms Graham’s told the court she had also been asked to provide information about their relationship status at the time of his death, but she believed they had been together.

Further confronting crime scene imagery was also shown to the court, including graphic photographs and videos of Mr Saunders remains both inside and outside the machine.

The trial had already heard Mr Saunders’ death had initially been ruled an accident by police and it was not until a tip off in May of 2018, that charges were laid.

Two police officers who originally attended the scene also gave evidence, with one telling the court they had considered it an “industrial incident”.

The court was told because of this, firefighters had been brought in and a high-pressure hose was used to clean the machine the day after the death.

The trial before continues.