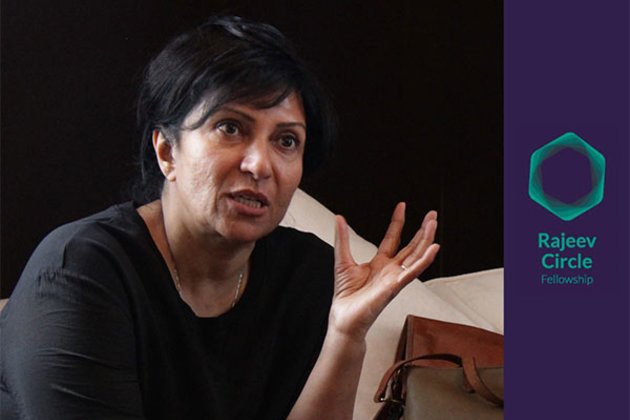 The RCS program is led by author and historian Dr Vikram Sampath. Dr Sampath is a Bangalore based historian and author of six acclaimed books. He has a Doctorate in history and music from the University of Queensland, Australia and was a Senior Research Fellow at the Nehru Memorial Museum and Library, New Delhi. He is also an Aspen Global Leadership Fellow and an Eisenhower Global Fellow 2021. An Engineer/mathematician from BITS-Pilani and an MBA in Finance from SP Jain, Mumbai, Dr Sampath is also a trained Carnatic vocalist. He has established the Archive of Indian Music, India’s first digital sound archive for vintage recordings, is the Founder-Director of the Bangalore Literature Festival, Indic Thoughts Festival and ‘ARTH– A Culture Fest’.

Announcing the program, Asha Jadeja said, “In the decades after Independence, Indian historiography has suffered the portrayal of several drawbacks, many rooted in “history written by victors”, colonial narratives that have warped of actual events to fit a grandiosity of dying imperialism . There is an urgent need for serious scholarship that revisits these aspects of our past in a modern, contemporary context. And the Motwani Jadeja Foundation is proud to announce the Rajeev Circle History Scholars (RCS) Program to support scholars in this area. “The Rajeev Circle History Scholars (RCS) Program aims to foster scholarship and produce knowledge in the field of Indian historiography that is indicative in its outlook rather than the hitherto colonial or ideologically driven narrative; is shorn of empty jingoism, one that is firmly based on the yardsticks of truthful representation and scientific research methodology and adheres to stringent standards of evidence/data gathering, hypothesis testing, critical thinkingcritical analysis.

The program seeks to publish high quality, well-researched and accessible popular books on Indian history each year through the grant of a coveted Fellowship awarded to eligible scholars.

Raje Circle History Scholars (RCS) Program has been constituted in memory of Asha’s late husband Rajeev Mowani. A Professor of Computer Science at Stanford University, Rajeev was also the author of Google algorithms and advisor to the company. Rajeev and Asha have invested in over 200 technology startups in Silicon Valley.

The Motwani Foundation has been running another program as a tribute to him called the Rajeev Circle Fellowships (RCF) which is an evolving network of entrepreneurs bound by a synergistic set of activities, vision, philosophy and aspirations.

Programs like the Rajeev Circle History Scholars (RCS) and Rajeev Circle Fellowships (RCF) is an ongoing effort by Asha Jadeja and the Motwani Jadeja Foundation to contribute toward the growth of intellectual and entrepreneurial capital of India to increase India’s future through positive action for greater and exponential impact. More details on the Motwani Jadeja Foundation can be found atThis story is provided by PNN. ANI will not be responsible in any way for the content of this article. (ANI/PNN)