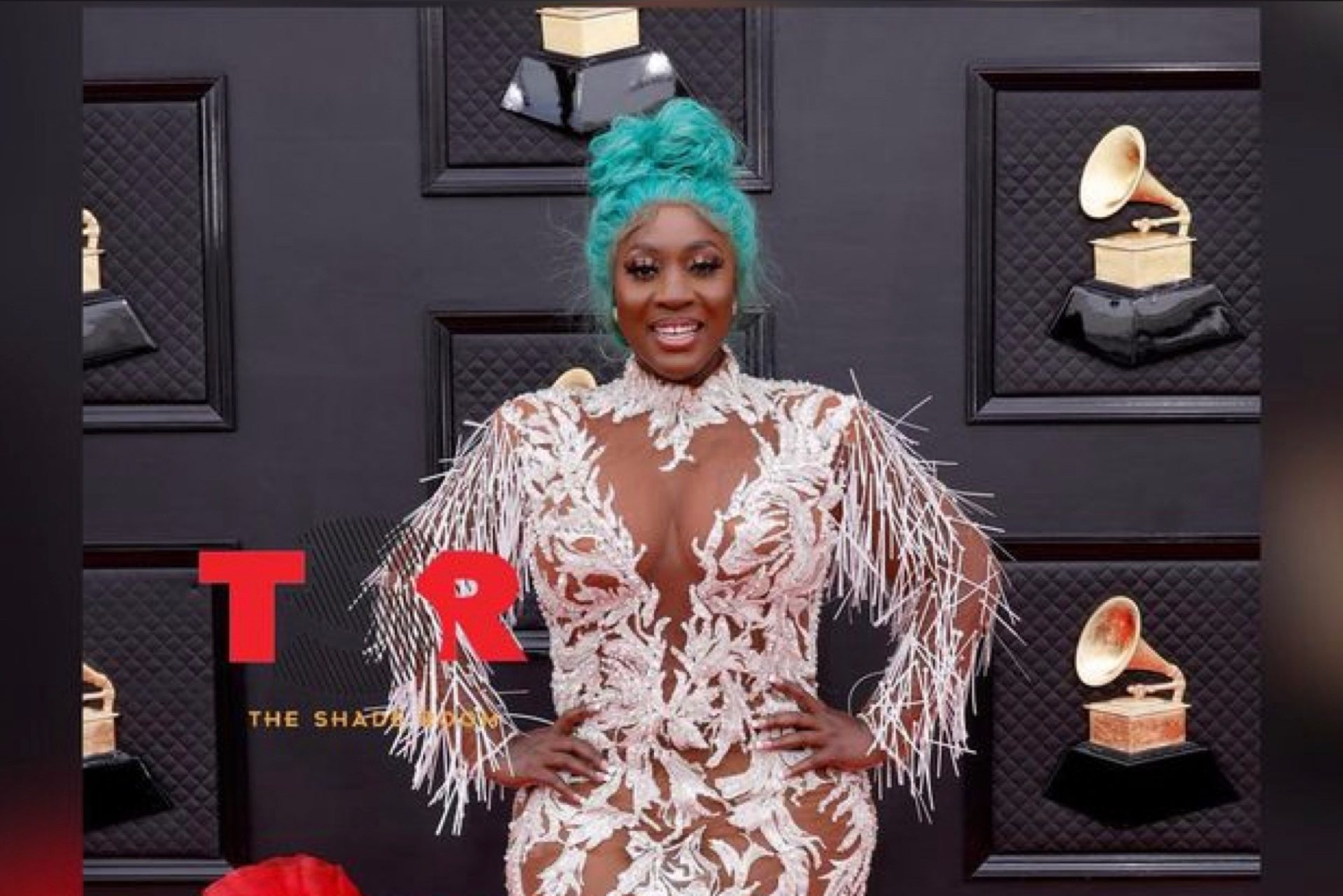 One thing about Caribbean people, they go hard ’bout their own! So, imagine the shock of fans after not one, but four Black reggae artists were skipped over at the 2022 Grammys to award a predominantly Virginia-based white band. In the end, the band Soldier of Jah Army (SOJA) won the 2022 award for ‘Best Reggae Album’ among nominees Sean Paul, Gramps Morgan, Etana and Spice. Following SOJA’s win, Spice addressed upset fans via an Instagram post.

“Besties don’t cry we’ve come along way. Remember I came from Homeless to this day so I’m really still very humbled and grateful, I see all your support and disappointments but you know we never give up, we back at it again tomorrow,” Spice wrote to her 3.9 million followers. “I love you all so much, watch little Gracie pan Grammy red Carpet.”

“You deserved that win. You were robbed,” @_chocolate_desire wrote.

“The pirates of the Caribbean robbed us Gracie,” @blessingsjoy35

“They robbed you Queen . Why they can’t give the real Jamaican artiste the recognition? Smh. You are the real winner,” @thespicy0ne wrote.

Had Spice won within her nominated category, the dancehall queen would’ve made history! Her dela first nomination for best reggae album stemmed from her debut album 10, which was executive produced by Caribbean legend Shaggy. The project, released in August 2021, did extremely well on the billboard reggae album chart. 10 landed at number six, per The New York Times.

But most West Indian natives can speak to knowing Spice’s music before Americans got a real taste from the dancehall queen. But for Spice, whose real name is Grace Hamilton, this music journey started at 17.

At the time, she auditioned for a huge one-day, Jamaican bashment called Sting Festival. Four audition songs later and a promoter gave her a slot and Spice was born. This led to regular performance gigs at dancehall festivals and parties. By 2003, NYT reports that Spice began touring throughout the Caribbean, Europe and the United States.

About six years later, her single ‘Romping Shop’ with Vbyz Kartel remained on the billboard chart for 15 weeks. She landed number 14 on the reggae chart with her debut EP ‘So Mi Like It.’ By 2018, Spice built a name in reality television by joining ‘Love & Hip-Hop Atlanta.’ She also blessed fans with the mixtape ‘Captured’ in 2018, which climbed its way to number one on that reggae album chart.

A Win For White Reggae Artists

But numbers, experience and killer performances weren’t enough for Spice to win at this year’s Grammys. Instead, SOJA’s seventh studio album ‘Beauty in the Silence’ won. per BET, this is the first time a predominantly white, reggae band secured this album award. With the category added about 37 years ago, SOJA’s win is now the third time a non-Jamaican person or group has won.