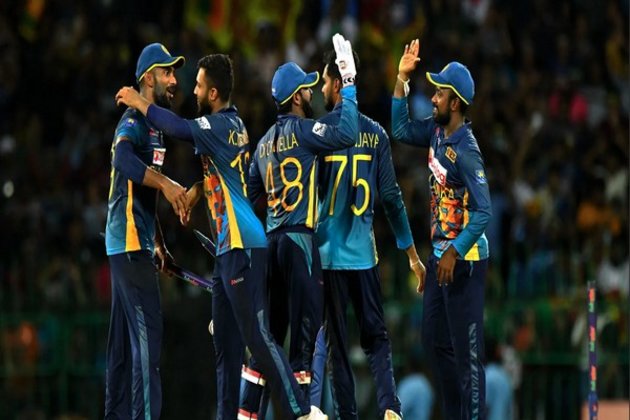 columbus [Sri Lanka]June 24 (ANI): As Sri Lanka press on in a bid for another victory in front of home fans, it’s damage limitation for an Australian side with a growing injury list.

Fighting for series honors may be over, though Dasun Shanaka’s side show no interest in slowing down, looking to hand the tourists another blow ahead of the upcoming World Test Championship series.

A defeat in the fifth ODI may only be psychological, though Australia’s exposed shortcomings in the 50-over format may just see into their red-ball side.

Not only are the tourists down on players after a spate of injuries, but the 43 overs of spin faced in the fourth ODI at the R.Premadasa Stadium exposed some harsh truths of a batting line-up craving for pace.

Kept under wraps by a stifling slow-ball pack, the Aussies were suffocated by an aggressive Shanaka, who pressed on with attacking fields, laced with catching men.

It’s sure to be a similar plan for Dimuth Karunaratne when colored close-ups are swapped for whites in the upcoming Test series.

Though perhaps the bigger storyline of the series is the continued emergence of the young Sri Lanka crop looking to put their nation’s cricket back in the limelight.

Many members of the side flourished when thrown into the deep end – an ICC Men’s T20 World Cup last year – under the watchful eye of former coach Mickey Arthur, who from the outside looked an inspiration for a team full of ability, but perhaps raw in experience. Fast-forward eight months, and the side under Chris Silverwood looks an outfit ready to level up again.

In the midst of a troublesome time in Sri Lanka, their cricketers, many belying their age, have stood tall.

Gutsy, compact and technically organized, 24-year-old Charith Asalanka has continued to rise, not only in the eyes of his peers but also on the ODI batting rankings. The left-hander averages over 50 in the series, alongside fellow 24-year-old Pathum Nissanka.

Both can lay claim to match-winning hundreds in the series, while on the bowling side, U19 World Cup star Dunith Wellalage has joined Wanindu Hasaranga in tying the Aussies up in knots, while also contributing with the bat.

The pair have taken 11 wickets between them, with Jeffrey Vandersay, Dhananjaya de Silva and Chamika Karunaratne all claiming five apiece. The Aussies have been consigned to play Maheesh Theekshana, who has taken just two wickets with his troublesome mystery spin, only going at 4.77 runs per over.

Cricket may not necessarily be the remedy for Sri Lankan and its people at present, though the action on the field has been somewhat of a, and the crowds packed in are not only watching their countrymen overthrow a heavyweight in the sport, but playing their part in achieving it.

Crowd figures for the fifth ODI will likely match numbers of the first four, and their support could well help the Test side move up from fourth on the World Test Championship standings when the series starts next Wednesday.

After their highest successful chase against Australia in the third ODI at the R.Premadasa, they held on with a four-run win at the same venue, digging themselves out of an early hole with the bat. Asalanka and Dhananjaya de Silva’s 101-run partnership would steady the ship.

David Warner was the anchor in response, though fell one run short of a 19th ODI ton, cramping upon being stumped by Niroshan Dickwella. Despite the best efforts of Marnus Labuschagne, Travis Head and a late flurry from Pat Cummins, no Aussie could put together an innings to compliment the left-handed opener, with captain Shanaka holding his nerve to close out the match.