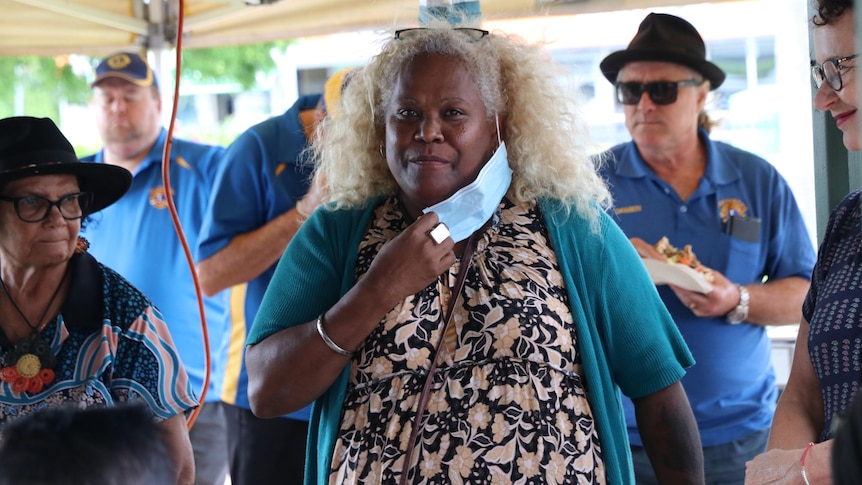 A horrific crime that rocks a small town.

A teenage girl murdered and the killer never found.

It is the premise of a new television series set to begin filming in Queensland this month and released on Australian streaming service Stan later this year.

However, it is more than the classic “whodunnit”.

The storyline is deeply rooted in the history of its North Queensland backdrop.

“We never had the opportunities to have our stories told within history or our curriculum with schooling,” Ms Butler said.

“We are known as the forgotten people.

“This is our doorway for more stories in the future and for others to tell their own individual stories of black birding as well as our heritage.”

Ms Butler said her experiences growing up as an Australian South Sea Islander shaped the making of Black Snow.

“My great, great grandfather was chief and was taken in the black birding era,” she said.

She said she had been working with family members from Tana Island and Queensland.

“It’s been a blessing within the story. It will be known that we are very much within our Christian ways, and they’ve been praying for this,” Ms Butler said.

Black snow is the nickname for ash which falls from the sky when cane is burned and, one can speculate, is one of the reasons for the name of the show.

The show focuses on the fictional murder of Jasmine Baker, which devastates her Australian South Sea Islander community.

It is not until 2019 that a time capsule unearths a secret that puts cold-case detective James Cormack on the trail of the killer.

“He was probably curious and did a lot of research on our forgotten people and I think he wanted to bring it to the screen,” she said.

“He has done it in a beautiful way … even though it’s a cold case murder mystery.”

The experience of working on the show has brought many emotions to Kaylene Butler, including feelings of immense joy but also post-traumatic stress.

She said the show addressed how character Jasmine Baker’s family came to be in Queensland in the 1990s.

“It’s telling people this is what really happened … there was slavery, within either First Nations as well as our South Sea Islander peoples, in our history,” Ms Butler said.

“This is how we’ve come to adapt to be where we are and who we are.”

She said it was time for Australian South Sea Islander people to tell their stories.

“There’ll be a lot of questions and I’m hoping this could be a start of many answers,” she said.

The town of Proserpine will provide the backdrop for the fictional town of Ashford.

Members of the crew recently threw a community barbecue information session for the local community.

Community elder Marion Healy said she had been working with the team behind Black Snow for two years.

“We’ll see people in the street that look like the farmers that we worked with, and fall back in the time.”

There have been a number of casting calls made to locals in surrounding regions, requesting their involvement.

“We understand that many of our young people have a dual identity … many of them are Australia South Sea Torres Strait or Australian South Sea Aboriginal,” Ms Healy said.

“We ask that they recognize their cultural identity and, while they’re young or old, we are needing those characters in the series.”

“It’s my lived experience,” she said.

“That’s given me the opportunity to speak to the producers or screenwriters and say, ‘Well that’s not correct … what that young woman is doing … this is how we would have been told to do it’.”

She is also running a cultural awareness program for the cast and crew.

“Using my knowledge of the history documents that I’ve read over time, in my own experience, I put together a workshop and tour,” she said.

Ms Butler said it was keeping her information alive.

“I feel like the government has dropped the ball on us in telling our story and keeping it alive,” she said.

The sentiment is shared by many South Sea Islanders who grew up in Queensland.

Ms Butler said the cultural awareness sessions brought everyone together.

“There’s a lot of emotion within that room,” she said.

“We’ve set a benchmark of being together in a cultural way, as well as being able to tell this beautiful story.

“I hope it opens the door for more people to understand us and know us.”