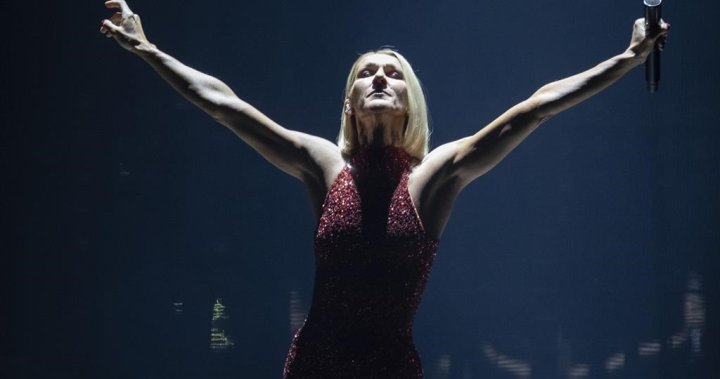 In two videos posted on social media on Thursday, Dion expressed that the condition is not allowing her “to sing the way I’m used to.”

According to the National Center for Advancing Translational Sciences, there are fewer than 5,000 known cases of stiff-person syndrome in the US The symptoms of the disorder can begin at any point in a patient’s life. However, it is most commonly noticed in adulthood.

What is stiff-person syndrome?

According to The Stiff Person Syndrome Research Foundation website, this condition is an incurable disorder that causes progressive muscle rigidity and spasms. Those diagnosed with the disorder may be disabled, bedridden or unable to care for themselves.

The cause of this extremely rare disease is still unknown, according to the Yale Medicine website, “but researchers suspect that it may be the result of an autoimmune reaction where the body attacks nerve cells in the central nervous system that control muscle movement.”

The name doesn’t do justice to the pain and life-changing symptoms the syndrome causes, Tara Zier, founder of the Stiff Person Syndrome Research Foundation, told The Canadian Press on Thursday.

“A lot of people have challenges with mobility. Many have assisted devices for mobility, walkers, wheelchairs. Some people are bedridden,” she said.

2:32
Dementia on the rise in Canada, Ontario borrows from European treatment models


The Stiff Person Syndrome Research Foundation says, “the most common symptoms of SPS are muscle rigidity, stiffness and spasms in the muscles of the trunk including the back and limbs.”

These can be triggered by environmental stimuli, like loud noises, or emotional stress according to Yale Medicine.

“The muscle spasms can be so severe they cause the person to fall down. The muscles gradually relax after the stimulus is gone,” the Yale Medicine website states.

About one or two people in a million are affected by SPS, according to the Stiff Person Syndrome Center at Johns Hopkins Medicine.

Although that’s the rate that is generally reported, researchers don’t know for sure, Dr. Marinos Dalakas, director of the neuromuscular division at the Thomas Jefferson School of Medicine in Philadelphia, told The Canadian Press on Friday.

The number of cases involving the rare disease could be higher because people are so often misdiagnosed, said Dalakas, who is also a member of the medical advisory board for The Stiff Person Syndrome Research Foundation.

How long does it take to diagnose SPS?

The condition takes, on average, five to seven years to diagnose, according to the Stiff Person Syndrome Research Foundation.

“Since it is so rare, very often it is not recognized by medical providers. Neurologists, especially movement disorder neurologists, neuromuscular neurologists, and neuroimmunologists are the usual SPS experts,” said the foundation on their website.

Yale Medicine says that “reaching a diagnosis for Stiff Person Syndrome can be difficult” and a comprehensive examination of the patients takes place in order to confirm the diagnosis, like doing blood tests and spinal fluid analysis.


“When conducting those tests, your doctor is looking for elevated levels of anti-glutamic acid decarboxylase (GAD) antibodies,” their website states.

Yale Medicine explains that the immune system in a patient who may have stiff-person syndrome “seems to attack a protein called glutamic acid decarboxylase (GAD), which helps make a substance called gamma-aminobutyric acid (GABA).”

Low levels of GABA can cause those neurons to fire continuously even when they’re not supposed to, according to Yale Medicine.

“About 60-80 percent of Stiff Person Syndrome patients have anti-GAD antibodies in their blood,” he says.

Are there treatments or a cure?

According to Yale and the foundation, there is no cure for Stiff Person Syndrome.

When doctors treat patients with this condition, Yale Medicine says they focus on managing the symptoms with medications “such as sedatives, muscle relaxants, and steroids.”

Medications need to be tailored to each patient, depending on their symptoms, Dr. Marinos Dalakas, director of the neuromuscular division at the Thomas Jefferson School of Medicine in Philadelphia, told The Canadian Press🇧🇷

Commonly prescribed treatments for stiff person syndrome include diazepam, which can both help relieve muscle spasms and reduce severe anxiety, as well as muscle relaxants and anti-seizure medications like gabapentin.

Specialists may also do a physical examination of the muscles or use electromyography (EMG) to assess muscle and neurological function.

Dalakas said the earlier patients are diagnosed and treated, the better their outcomes tend to be.