Millions of Ukrainian lives are at risk this winter as the country’s power grid struggles under a barrage of Russian attacks, the World health Organization warned on Monday. Moscow has been targeting energy infrastructure, launching missile strikes that have left homes across the country without electricity as temperatures plunge. “This winter will be about survival,” … Read more

Ukraine said Monday that it had discovered four Russian torture sites in its southern city of Kherson, which Moscow’s forces quit this month leaving behind a trail of misery and destruction. The Kremlin meanwhile vowed to track down and punish those it said were responsible for the “brutal” murder of nearly a dozen Russian servicemen … Read more

The Russian army released hundreds of prisoners while retreating from Kherson, Ukraine, earlier this month, according to Ukrainian officials. Russian forces freed around 457 prisoners from one of the city’s local detention centers, Ihor Klymenko, the head of Ukraine’s National Police, claimed. The fled fled when their facility’s administration evacuated from Kherson with the Russian … Read more 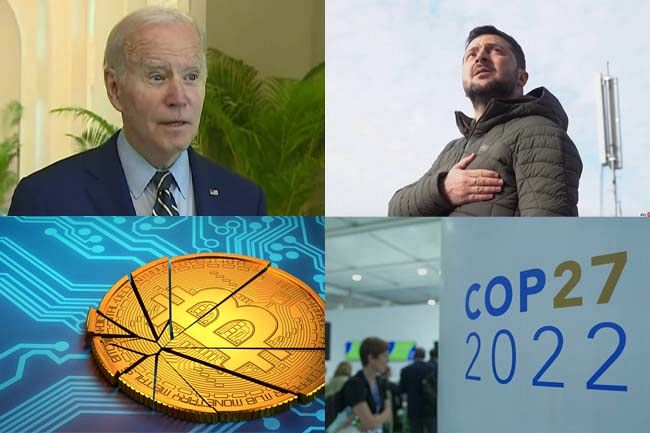 Amid the chaos of the world, a few global developments have given us hope for a better political, financial and environmental future. Professor John Quiggin shares the good news. WE’VE HAD PLENTY of practice dealing with bad news over the last few years. Australia went from catastrophic bushfires at the end of 2019 to the … Read more

President Volodymyr Zelensky on Monday said Ukraine’s recapture of Kherson marked “the beginning of the end of the war” as he hailed the liberation of the city in a surprise visit. NATO Secretary General Jens Stoltenberg nonetheless cautioned that Ukraine was facing difficult months ahead and said that Russia’s military capability should not be underestimated. … Read more

Russia’s decision to withdraw its forces from Kherson just weeks after annexing it has left many experts surprised — the move has again exposed divisions within the pro-war allies of President Vladimir Putin, with some seeing it as a humiliating defeat while others have called it a strategic move. With Kherson being the only regional … Read more

One couple buried their phones in the garden to keep them from being seized by the Russian invaders. Others gave away their cars or paid bribes to get Russian troops to let them flee to Ukrainian-held land. The accounts of life under occupation by those who managed to escape tell a tale of near-total paranoia … Read more

Iran admitted for the first time on Saturday that it had sent drones to Russia but insisted they were supplied to its ally before Moscow’s invasion of Ukraine. Kyiv and its Western allies have accused Russia of using Iranian-made drones in recent weeks to carry out attacks in Ukraine. “We supplied Russia with a limited … Read more

Moscow was pushing ahead Friday with a civilian pullout from the Russian-occupied Kherson region amid a mounting Ukrainian counter-offensive, with President Vladimir Putin saying residents must be “removed” from danger zones. The Russian army said “more than 5,000 civilians” were being led across the Dnipro River every day, showing footage of soldiers directing lines of … Read more