Belarusian President Alexander Lukashenko, an ally of Russian President Vladimir Putin, fears he will be assassinated by Moscow following the death of a Belarusian foreign minister, according to a report. Lukashenko’s fear has allegedly led him to replace his cooks, guards and servants to protect himself, UK tabloid The Sun reported, citing Russian businessman and … Read more 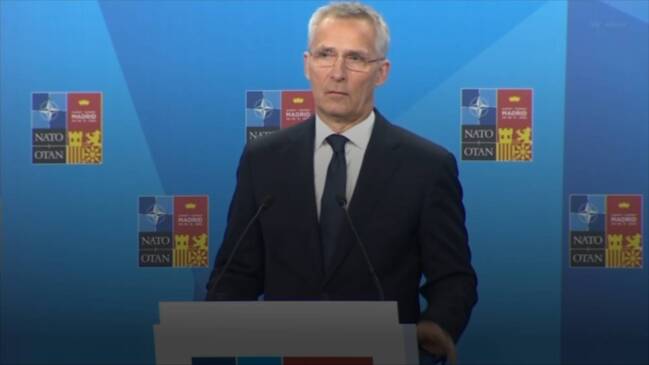 NATO Promises Future Ukraine Membership , and Commits to More Aid. AP reports that NATO Secretary-General Jens Stoltenberg issued a statement on Nov. 28. His comments come as other NATO members met in Romania to rally more support for Ukraine as Russia continues to attack its energy infrastructure. 🇧🇷 His comments from him come as … Read more

Russian President Vladimir Putin revealed that he contacted soldiers on the battlefield in Ukraine during his meeting with a carefully selected group of mothers of soldiers mobilized for the “special military operation.” Putin met with the Russian mothers at the official presidential residence in Novo-Ogaryovo in the Moscow region Friday, Russian news outlet Meduza reported, … Read more There’s something sinister going on above our heads. Several somethings, in fact. Satellites are chasing each other. Secret spaceplanes are doing strange things. Dead objects are coming back to life. A Russian “chaser” satellite has been sitting hot on the tail of a secret US military surveillance satellite since August. A Chinese spaceplane is shifting … Read more

Russian extremist Aleksandr Dugin has backtracked on his alleged death threat to President Vladimir Putin and said he continues to support the Russian leader “unconditionally.” In a Telegram post on Nov. 12, ultranationalist Dugin, also known as “Putin’s Brain,” accused the Russian leader of “surrendering” Ukraine’s strategic city of Kherson after Russian soldiers abandoned the … Read more

Allies of Russian President Vladimir Putin appear to be fighting after the founder of Wagner Group requested the FSB and the Prosecutor General to investigate the governor of St. Petersburg for high treason. Yevgeny Prigozhin, the Kremlin-linked businessman known as “Putin’s” chef, made the request in a statement published by his press service on the … Read more

Russian President Vladimir Putin will likely drag the war in Ukraine into 2023 and continue deploying unprepared soldiers to the battlefield instead of using tactical nuclear weapons, according to a new report. In a Russian Offensive Campaign Assessment report published Oct. 30, the US-based Institute for the Study of War (ISW) said that Putin would … Read more

United Kingdom Foreign Secretary James Cleverly warned Russia and President Vladimir Putin of “severe consequences” if they decide to use nuclear weapons against Ukraine. Cleverly made his warning following reports that Moscow may use a “radiological dirty bomb” to escalate its war against Ukraine. “Hey [Putin] should be clear that for the UK and our … Read more