The Russian army is forcing Ukrainian civilians out of their homes and giving the houses to citizens who are supporting the invasion of their country, according to an intelligence report. In a report posted on Facebook by the General Staff of the Armed Forces of Ukraine (UAF) on Sunday, Ukraine said Ukrainians in the city … Read more

Russia on Monday claimed the United States is creating “biological weapons” and is using the Ukrainian population as test subjects. The claim was made by Igor Kirillov, Chief of Russia’s Radiation, Chemical and Biological Protection Force, who also claimed that Russian servicemen have obtained thousands of documents and analytical materials referring to the supposed experiment. … Read more 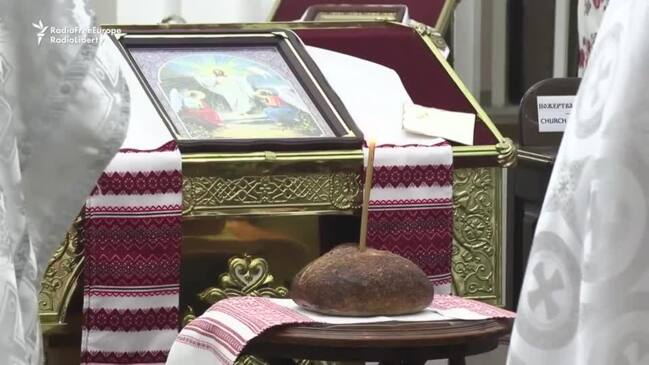 A memorial service was held in Kyiv, Ukraine, on Sunday, January 29, for aid worker Andrew Bagshaw, a dual citizen of New Zealand and the United Kingdom who, along with British citizen Chris Parry, was killed in Ukraine’s Donetsk region on January 6 Around 50 people attended the service, according to Ukrainian public media. This … Read more

The Russian army has been accused of forcibly mobilizing Ukrainian citizens living in temporarily occupied regions to fight alongside Moscow’s troops, according to a report. Speaking at a briefing at Media Center Ukraine – Ukrinform, Olha Skrypnyk, Chairperson of the Board at the Crimean Human Rights Group, said men in the regions of Donetsk and … Read more Tobacco worth more than €37 million has been seized in an operation to dismantle a contraband tobacco operation, Spanish police said, adding that Ukrainian refugees were “crammed” into facilities and working long days for the alleged criminals. The Guardia Civil said more than 3.5 million packets of tobacco and 10,000 kilograms (22,000 pounds) of tobacco … Read more

Russia is mobilizing residents of occupied parts of Ukraine to replenish losses in its invasion, the Ukrainian military claimed. A new wave of mobilization was reported since Monday in the city of Alchevsk in Ukraine’s eastern Luhansk province, the General Staff of the Armed Forces of Ukraine said in a Thursday situation report. “To replenish … Read more

A Ukrainian citizen who had been detained by Russian soldiers has accused them of giving prisoners rotten food and toilet water during Russia’s occupation of Kherson. Speaking with global news publication The Insider, Olha Kuts, a Kherson resident, said she and other Ukrainians detained by the Russian army were given canned meat covered in grease … Read more

Thousands of Russian soldiers have already sent requests to surrender to Ukraine in hopes of fleeing or avoiding the war, according to a report. Ukraine first launched the “I Want to Live” project in September with a hotline that allows Russian military personnel to surrender. Since its launch, the hotline has received about 200 to … Read more

The Russian army has again been accused of brutally torturing Ukrainian civilians after another torture chamber was discovered in a liberated village in Mykolaiv Oblast. The torture chamber had been set up in a private home in Oleksandrivka village. There, local residents were allegedly strangled and beaten with heavy objects for refusing to give the … Read more

Ukraine media debunked Russian propaganda claiming that Ukrainians recently staged a protest against the Ukrainian government over rising utility costs. A Russian media outlet and Telegram channels began spreading a video showing pensioners and people with disabilities in the Ukrainian city of Berdychiv in the Zhytomyr region burning their utility bills in protest against the … Read more